The countdown is on and the final of Euro 2020 is just two days away.

Italy lie in wait for England on Sunday night, as Gareth Southgate’s men bid to end 55 years of hurt at Wembley.

The anticipation is building, but that doesn’t mean clubs around the continent have forgotten about the transfer market.

We’ve rounded up the best of the stories concerning players who have been taking part in the European Championship.

Jurgen Klopp has reportedly drawn up a three-man shortlist of players he wants to bring to Anfield this summer, as he looks to take Liverpool back to the Premier League’s summit.

Among them is France winger Kingsley Coman, 25, who is entering the penultimate year of his contract with Bayern Munich.

That move would set the Reds back an eye-watering £86million, though the German champions could drop their asking price if Coman is unwilling to sign a new deal at the Allianz Arena.

They are still believed to be keen on the 22-year-old but will have to act quickly to secure his services.

Borussia Dortmund are waiting in the wings as they look to replace departing England winger Jadon Sancho.

On the blue half of Merseyside, newly installed Everton manager Rafa Benitez is keen to take advantage of Barcelona’s financial crisis by bringing Clement Lenglet to Goodison Park.

The France centre-back didn’t cover himself in glory during his solitary appearance at Euro 2020 as he was beaten in the air by Haris Seferovic for Switzerland’s opener in their last 16 exit and substituted at half-time, but the Toffees’ tactician remains unperturbed.

Improving Everton’s defence will be one of the first jobs in Benitez’s in-tray and adding the 26-year-old to their ranks would be an eye-catching step towards shoring up their backline.

The genie is well and truly out of the bottle as far as Mikkel Damsgaard is concerned – the Danish dynamo is a wanted man across Europe after a breakout Euro 2020 campaign.

But the Sampdoria winger, 21, won’t come cheap, with Blucerchiati president Massimo Ferrero suggesting that his value has increased with every goal at the tournament.

But even that top figure is unlikely to deter Leeds, Leicester and Tottenham, who are all vying for the in-form attacker’s signature.

Giroud on the move

Veteran France striker Olivier Giroud is on the verge of a move to AC Milan this summer.

The Rossoneri had been keen to sign the 34-year-old on a free transfer. But their plans were scuppered by Chelsea’s decision to exercise an option on Giroud’s contract.

Nowthe Milanese club are set to pay a £1m release clause in the 6ft4in frontman’s deal, to ensure that he is lining up at the San Siro when the Serie A season gets underway. 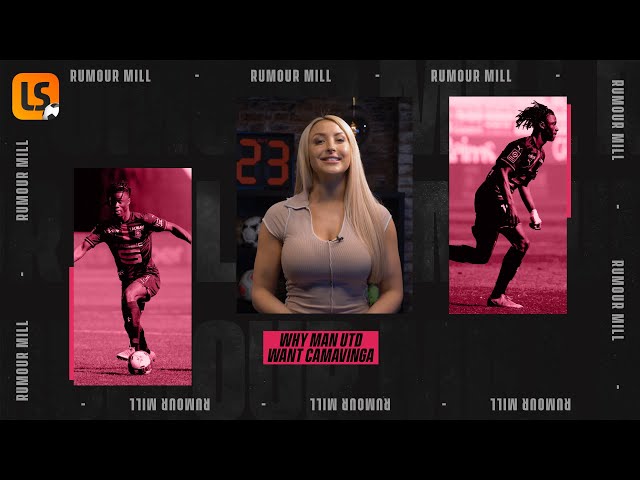 In Focus: How Liverpool can replace Wijnaldum

In Focus: Why Vlahovic should be Tottenham-bound this summer

In Focus: How would Kane fit in at Manchester City?