West Ham and Chelsea meet in a tasty London derby to kick off the Premier League weekend.

The Hammers have hit a sticky patch of form but are still aiming for a top-four finish, while Thomas Tuchel’s Blues are embroiled in a potentially classic title race.

We have put our heads together and come up with a combined XI, playing in a 4-2-2-2 formation — check it out below.

Edouard Mendy has been a revelation ever since he swapped Rennes for Chelsea in September 2020.

While Lukasz Fabianski is a consistent figure for West Ham, Mendy is one of the best keepers in the league and gets the gloves.

It has been a stunning last few weeks for Reece James, who seems to have taken his game to new heights.

Vladimir Coufal and Ben Johnson have both performed well for the Irons but not to the level that James has reached.

The 21-year-old England international has five goals and five assists in all competitions for the Blues this term, netting a string of superb strikes.

At 37 years old, Thiago Silva continues to defy age with fantastic displays at the heart of Chelsea’s defence.

He is one of the best centre-backs in the Premier League and was one of the first names on this team sheet.

A consummate professional, the Copa America, Champions League, Serie A and Ligue 1 winner will lead our backline.

The second centre-back is not an easy choice but Antonio Rudiger partners his team-mate.

Kurt Zouma, the injured Angelo Ogbonna and youngster Trevoh Chalobah were all close to getting in.

But the 49-cap international, whose contract is up in the summer, offers so much in both boxes that his inclusion was essential.

Ben Chilwell was finding form before a knee injury struck him down last month — but he would still have struggled to keep Aaron Cresswell out of this side.

The Hammers left-back is closing in on 300 appearances for the club and has been a mark of consistency at the London Stadium.

The one that got away — Declan Rice was released from Chelsea’s academy but has gone on to establish himself as one of the league’s best central midfielders.

He keeps N’Golo Kante out of the side and is preferred to Tomas Soucek, who has been a star performer in his two years at the club.

Rice offers energy, tenacity and drive to this XI — attributes that have earned him success at both domestic and international level.

Fresh from coming third in the Ballon d’Or voting, Jorginho is deployed alongside Rice as this team's metronomic passer.

There was plenty of competition in the holding roles but the Euro 2020 winner's ability on the ball gets him a spot in the line-up.

Jorginho is enjoying his fourth season at Stamford Bridge and as his podium finish at this year's Ballon d'Or suggests, he deserves a place in any combined XI.

It has not been an easy season for Mason Mount, yet his quality means he still gets the nod as a creative spark.

The likes of Christian Pulisic and Callum Hudson-Odoi are hot on his heels but the Englishman will be hoping top form is just around the corner.

The 22-year-old already has four league goals and five assists to his name this term and looks set to flourish under Tuchel's continued tutelage.

Jarrod Bowen continues to get better and better at West Ham after they picked him up from Championship side Hull in January 2020.

Bowen is attracting interest from Liverpool and despite the trickery of Said Benrahma and Pablo Fornals, he is the pick of the Irons' forward men.

Though his scoring boots have left him in recent weeks, Michail Antonio’s transformation under David Moyes sees him start as part of a front two.

Timo Werner is no match for the Jamaican international, who became West Ham's all-time leading Premier League goalscorer in August.

There is not a combined XI in the Premier League that Romelu Lukaku would not get into and he is the main goalscorer of this one.

The Belgian may make his first start after returning from injury against the Hammers and will want to make up for lost time in front of goal.

Scoring 64 times in a two-year spell at Inter Milan and 68 times for his country, the Chelsea No9 is one of Europe's finest marksmen. 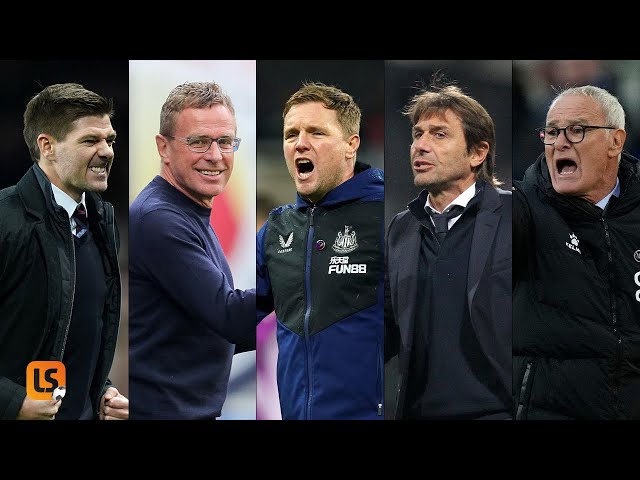