The Blues head to Southampton tonight having picked up seven points from their first four Premier League outings, leaving Tuchel in no doubt there is room for improvement.

Wesley Fofana is expected to be next through the door at Stamford Bridge, while the Leicester centre-back could be followed by Crystal Palace talisman Wilfried Zaha or Barcelona striker Pierre-Emerick Aubameyang.

Everton starlet Anthony Gordon also continues to be linked with the Londoners — but Tuchel is taking nothing for granted until deals are signed and sealed.

The German said: "Right now I think we could need some more players in some positions.

"But it’s very close to the end of the transfer window. When September 1 comes, I will be a happy coach no matter what happens.

"I will try to find solutions and not think about what might have happened or what could be."

Due to a touchline ban, Tuchel watched from the stands on Saturday as his side beat struggling Leicester 2-1 courtesy of a Raheem Sterling double. 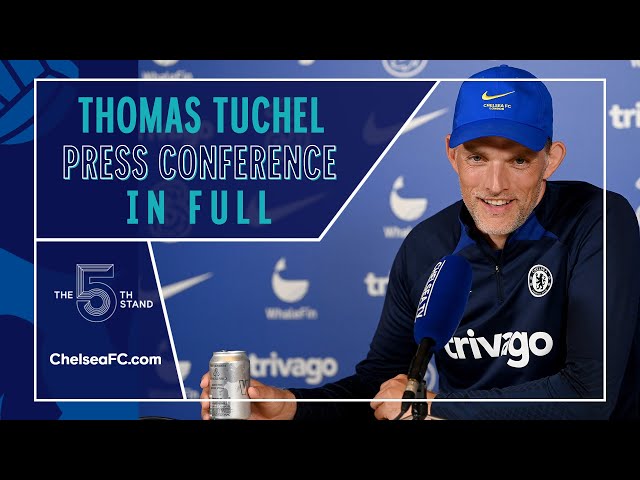 Conor Gallagher, filling in for the injured N’Golo Kante in the middle of the park, saw red for two quick bookings and the hosts had to dig in to grind out a welcome victory.

Tuchel added: "On Saturday we ended up in a situation where we had almost no more central defenders on the bench.

"There are not enough tough decisions at the moment. I would like to have more of these, that would mean we are in full competition mode.

"I will try to find solutions and not think what could have happened. The only thing that matters is reality.

"On Saturday the only thing that mattered was to find a way to win the match.

"What will matter in Southampton is to find a way to win, step up individually and push the team from my side.

"This is what we will do no matter if players come or not."

While Chelsea are sixth in the table, Southampton sit 13th with four points on the board.

But Ralph Hasenhuttl is confident Che Adams is the man take the fight to Tuchel’s men at St Mary’s.

Adams, 26, climbed off the bench to bag a double as the Saints won 2-1 at Leicester earlier this month.

He netted another two in a 3-0 Carabao Cup win over Cambridge but was unable to prevent his team from slipping to a 1-0 defeat to Manchester United on Saturday.

And Hasenhuttl is ready to let him off the leash once again tonight. The Southampton boss said: "The goal was missing [against United].

"But I think the shape and the behaviour we do at the moment really fits him.

"I can see he feels comfortable there in the centre as a single striker supported by the other two guys from outside.

"I’m sure he will come very often in a position that he can score for us and this is what is our job to do."

Southampton have won just two of their last 18 Premier League games against Chelsea (drawn five and lost 11), with both of those victories coming at Stamford Bridge.

The Blues have scored in each of their last 17 top-flight visits to the Saints, winning this fixture 6-0 last season.

Southampton’s 44 home goals conceded against Chelsea is the most they have shipped against a single side in the Premier League.

After suffering a 3-0 reverse at Elland Road against Leeds, the Blues are looking to avoid losing consecutive away league games for the first time since December 2020.

Chelsea’s Mason Mount has been involved in five goals in his four Premier League starts against Southampton (four goals and one assist).

Tuchel has seen a player sent off in each of his side's last two league games, with Kalidou Koulibaly dismissed against Leeds and Gallagher against Leicester.

Wenger backs Van Gaal to 'gamble' when the time is right

Neymar in line to return for Brazil against South Korea