The Serie A title race looks set to be one of the most keenly contested in Europe this season with three sides separated by just four points.

Second-placed Napoli have arguably the toughest test when they entertain a Fiorentina side looking to reach the European qualification spots.

Inter Milan sit third but still have a game in hand and will be looking to remain in the hunt with a win against Verona.

Game of the week: Napoli vs Fiorentina (Sunday, 2pm)

Napoli are Serie A’s form team in 2022 and put their impressive record on the line against European hopefuls Fiorentina.

The Partenopei have collected more points (27) from their first 12 Serie A matches of the year than any other side (eight wins, three draws, one defeat).

However, Luciano Spalletti's men have only won three of their last eight home league fixtures and have just the seventh-best record in front of their own supporters in the division.

But there is better news in the fact Napoli have won their last three Serie A games against La Viola by scoring at least two goals in each.

Verona and Salernitana are the only sides with fewer away league clean sheets (zero) than Fiorentina's one this season so expect plenty of final-third action in this one.

That is good news for Napoli talisman Lorenzo Insigne who has enjoyed his previous meetings with the Tuscan outfit, netting nine times.

Inter will be looking to record consecutive Serie A wins for the first time in 2022 against mid-table Verona on Saturday.

Simone Inzaghi's side beat Juventus in their last game and have an imperious record against Verona.

The Nerazzurri have never lost to the Venetians in Serie A in the three-point era, winning 17 of 21 encounters.

Furthermore, Verona have not won any of their 30 top-flight visits to Inter (11 draws, 19 defeats) and have failed to score in 22.

Hakan Calhanoglu will be looking to cash in on that — the Turkish playmaker has been involved in 15 league goals (seven goals, eight assists) this season and has scored in two of three games against Verona at the San Siro for Inter and Milan.

Juventus are aiming to bounce back from defeat in the Derby d'Italia with a trip to lowly Cagliari, who have historically struggled against the Turin outfit.

The Bianconeri have won 10 of their last 11 Serie A meetings with the Sardinians who claimed their last win in July 2020.

Indeed, since the 2010-11 season, Juventus are the side against whom Cagliari have suffered more home league defeats (nine) than any other.

Compounding those fears is the fact the Old Lady are one of only two Serie A teams — along with Inter — who are unbeaten on the road since November (six wins, three draws).

Juve's star striker Dusan Vlahovic has notched four in his last five against the Rossoblu while Paulo Dybala has found the back of the net four times against them in his Serie A career.

Lazio must build on their strong record against Genoa if they are to close the gap on rivals Roma and give themselves a chance of sneaking into fifth.

The Biancocelesti have won four of their last five league games against Genoa (one draw), scoring 15 times.

The 13 points they have picked up against the Ligurians since 2019-20 is only bettered by their results against Cagliari (16) and Fiorentina (15).

Not that Genoa will make things easy for Maurizio Sarri's men.

They are unbeaten in five home league games (one win, four draws) keeping four clean sheets. No top-flight team has more home shut-outs in 2022 than the relegation battlers.

Lazio have been in good form on their travels of late though and are looking to make it five games without defeat for the first time since February 2020.

Leaders Milan go in search of three more points as they make the trip to Torino on Sunday night.

The Rossoneri have won each of their last four league encounters with the Turin outfit by an aggregate scoreline of 11-0.

If Stefano Pioli's men can make it five in a row they will do so for the first time since 1952.

Furthermore, Milan could chalk up five straight Serie A wins and clean sheets against the same opponent for just the second time. They last achieved that feat against Bari between 1964 and 1985.

There is also an individual record up for grabs for Zlatan Ibrahimovic. The inimitable Swede could become Serie A's second-oldest scorer at 40 years and 189 days if he gets on the scoresheet.

However, the former Juve and Inter forward is goalless in his last six league games, which is his longest drought since April 2006. 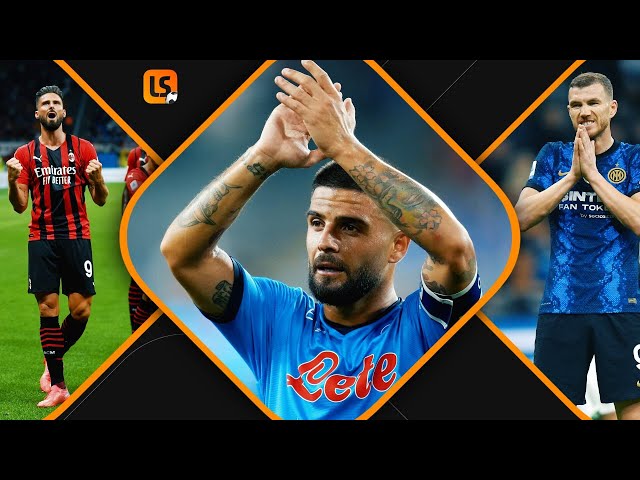