In Focus: The 10 young starlets ready to make an impact at Euro 2020

Europe's hottest prospects are queuing up to announce themselves on the international stage ahead of the big Euro 2020 kick-off.

Ahead of the action finally getting under way, we've picked out 10 potential superstars that will be hoping to steal the show this summer.

The 22-year-old has represented England since Under-16 level and is already making his mark in the first team, netting four goals in his 16 appearances for the Three Lions.

But it’s the midfielder’s creativity that can really enhance England’s prospects this summer — his 2.71 chances and 0.4 big chances created per 90 minutes last season both put him inside the Premier League’s top 10 performers.

It was a breakout season to remember for Pedri, who became the second-youngest player in Barcelona's history to make 50 appearances for the club.

Still just 18, the Tenerife-born midfielder has made a big impact on Spain boss Luis Enrique, who spoke in glowing terms about the Blaugrana starlet earlier this year.

He said: “Pedri already does wonderful things despite his age. He is humble, intelligent and a hard worker. He’s a great team-mate as well. What I see is a top-level player.”

For Belgium, the striker has scored twice and provided two assists in eight appearances, with his most recent goal coming against Belarus in a World Cup qualifier last March.

Doku harbours explosive pace and brilliant skill — he could be the perfect impact sub for Roberto Martinez’s men this summer.

Currently plying his trade for Bologna in Serie A, Andreas Skov Olsen has hit the ground running for Denmark — scoring three in six international appearances.

The 21-year-old winger made an immediate impact for his country when netting on his debut against the Faroe Islands, beforebagging a brace in last year’s World Cup qualifying clash with Austria.

Olsen’s crossing ability is remarkable and saw him fall inside Serie A’s top 30 players for crosses attempted (5.05) and completed (1.15) per 90 last season.

That will be music to the ears of Denmark’s towering targetman Jonas Wind.

Juventus stumbled their way to Champions League qualification last season, but winger Dejan Kulusevski has continued to impress for the Bianconeri.

His contributions in the box may not have matched the heights of his 10-goal season for Parma in 2019-20, but there’s more to the 21-year-old’s game than finding the net.

As well as scoring four times in Serie A, Kulusevski created a remarkable 2.44 chances and 0.47 big chances per game across the campaign.

Versatile Turkish defender Merih Demiral usually plays as a centre-back in a four-man defence and can also operate as a wing-back when required.

His robust style of play has drawn comparisons with Manchester United legend Nemanja Vidic, but the 23-year-old is yet to become a nailed-on starter at Juventus.

That lack of assured game time has seen him linked with Everton, who would benefit from his aerial prowess and impressive passing accuracy. 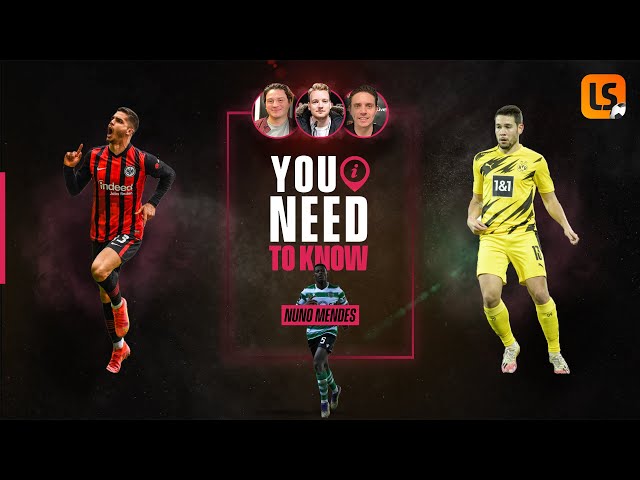 Portuguese teen sensation Nuno Mendes burst onto the international scene this year, making four appearances for his nation in 2021.

Defensively sound and highly accurate when crossing balls into the box, the 18-year-old’s stock could continue to rise rapidly with a good showing at Euro 2020.

North Macedonia may struggle to get past the group stage, but three matches could be more than enough time for Elif Elmas to showcase his talents.

The 21-year-old midfielder was a metronomic figure for Napoli last term, completing an outstanding 90.78% of his passes in Serie A — that’s inside the division’s top 20 players.

North Macedonia boss Igor Angelovski has expressed his pleasure at the nation’s star man featuring regularly for such a prestigious club.

Speaking last year, he said: “I am happy that Elmas is in a great club like Napoli.

“I hope that he will develop even more in the national team. I say this because I expect a lot from him, he can be a leader.”

Alessandro Bastoni played a pivotal part in helping Inter Milan achieve Serie A glory for the first time in 11 years.

Italy manager Roberto Mancini heaped praise on his young prospect back in November.

He said: “He [Bastoni] is very young, he can improve a lot and become the new (Leonardo) Bonucci or (Giorgio) Chiellini — a great defender.”

La Masia graduate Dani Olmo grew up playing tiki-taka and that grounding is still evident in his playing style.

Now 23, the RB Leipzig prospect is proficient at winning the ball high up the field, before providing the ammunition for his attack-minded teammates.

He racked up five goals and nine assists in the Bundesliga last term, and will be looking to take on the same chief creator role for Spain at the Euros.

Euro 2020: AI predicts how the tournament will play out

Joleon Lescott column: I can't wait for Euro 2020 to get going