Tournament performances can make or break reputations — and Euro 2020 is packed full of players waiting to explode onto the international stage.

From up-and-coming youngsters to veterans hunting one more shot at glory, we’ve picked out 10 players who are worth keeping your eye on when the European Championship gets under way.

Alexander Isak has to be considered Sweden’s main goal threat after the 21-year-old enjoyed a fabulous 2020-21 campaign at Real Sociedad, scoring an impressive 17 goals in LaLiga.

Comparisons have already been drawn with his iconic countryman Zlatan Ibrahimovic in terms of both style of play and a similarly determined mentality.

There were certainly shades of Ibrahimovic in an interview earlier this year, when Isak said: “The bigger the games are, the more motivated it makes me.

“In a way, it makes me calm and happy. Those are the games I love, that’s how I’ve always been.”

Hungary won’t necessarily fancy their chances in a group of death containing Germany, Portugal and France.

But if they are to pull off a shock and progress to the knockout stages, they’ll need star centre-back Willi Orban to be at his best.

The RB Leipzig man ranked in the top 3% for aerial duels won (4.9 per 90 minutes), when compared with centre-backs across Europe’s top five leagues and European competitions last season.

That ability in the air is sure to be tested by their upcoming opponents this summer.

After three disappointing tournaments, Spain are looking to get back on track — and in-form striker Gerard Moreno could be the man to fire them to glory.

The Villarreal frontman scored 30 times in all competitions during 2020-21 and currently has five in 11 games for the national team.

His efficiency in front of goal may push him ahead of Alvaro Morata in the battle for a starting berth, with only Real Betis’ Borja Iglesias (0.64) having scored more big chances per 90 than Moreno (0.64) in LaLiga last season.

Former Newcastle defender Kevin Mbabu has transformed into a formidable full-back since joining Wolfsburg in 2019.

The 26-year-old is never one to shirk a tackle, making 2.91 per 90 in the Bundesliga last season, but is equally impactful going forward.

That makes him perfectly suited to the right wing-back role in Vladimir Petkovic’s preferred 3-4-1-2 or 3-5-2 systems.

Mbabu completed a commendable 1.92 dribbles per 90 in league action during 2020-21 and will look to drive play forward in a similar manner for Switzerland at the Euros.

Ruslan Malinovskyi was a fundamental cog in Atalanta’s free-scoring team of last season.

A marauding attacking midfielder, the 28-year-old plays in behind either Roman Yaremchuk or Artem Besyedin up top when on international duty.

If Malinovskiy can produce a similar output to the 3.73 chances he created per 90 for La Dea — the most in Serie A  — then Ukraine’s prospects of progressing to the knockout stages will dramatically improve.

If the Azzurri are looking to dominate possession then Locatelli may be a better option than Marco Verratti or Nicolo Barella against weaker opposition.

Burak Yilmaz is enjoying an Indian summer to his career and was instrumental in Lille’s surprise Ligue 1 title win.

A group containing Turkey, Italy, Switzerland and Wales is sure to be tightly contested, so the veteran’s striking instincts could be the difference between success and failure for the Crescent-Stars.

The hype around Ryan Gravenberch is reaching fever pitch after the youngster enjoyed a sensational Eredivisie campaign with Ajax.

A defensive midfielder with the passing skills expected of any De Toekomst academy graduate, the 19-year-old was recently awarded the Johan Cruyff Trophy for being the league’s best young player.

He said: “(Georginio) Wijnaldum is the most refined, (Frenkie) De Jong has been at Barcelona for two years now and Gravenberch naturally picks up on that.

“He has already learned an incredible amount from that first year at Ajax and that development is so natural with him.”

Sasa Kalajdzic stands at 6ft 7in and will no doubt be a huge aerial threat for Austria at Euro 2020.

The Stuttgart striker scored 16 Bundesliga goals last season — half of which, unsurprisingly, came via headers.

Austria will look to take full advantage of this by lofting the ball into the box at every given opportunity, and that approach is already yielding dividends.

The 23-year-old has three goals in five international games this year, including two against Scotland in March’s World Cup qualifier.

Speaking last week, he said: “The two starting centre-backs were sensational, they were superb. They both played a game bordering on the outstanding.”

The 24-year-old Spaniard has learned from the best at Villarreal, having played with experienced defender Raul Albiol for the past two seasons — and now he’s taking that knowledge onto the international stage.

With 65.68 completed passes per 90 in LaLiga, which ranked the seventh-most of any player in 2020-21, Torres will be an assured presence for Spain with the ball at his feet this summer. 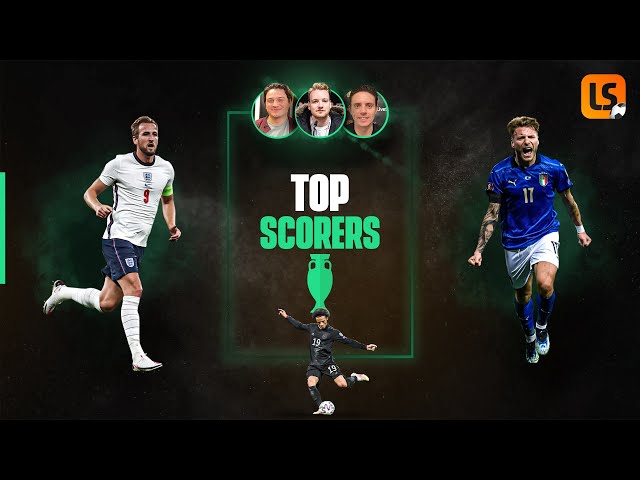 Euro 2020: AI predicts how the tournament will play out