LaLiga Matchday 20: Real bid to bounce back at the Bernabeu

Real Madrid will be looking to bounce back from last week’s shock defeat to Getafe when they host Valencia on Saturday.

The visitors are also targeting a return to winning ways after a New Year’s Eve loss to Espanyol ended their impressive run of three consecutive victories.

Here is everything you need to know ahead of another intriguing round of LaLiga action.

Game of the week: Real Madrid vs Valencia (Saturday, 8pm)

Table-toppers Real will be confident of extending their lead at LaLiga’s summit when they meet mid-table Valencia this weekend.

Los Blancos have won their last two league games against Jose Bordalas’ men and could record three wins in a row against them for the first time since a run of five successive victories between 2009 and 2011.

Carlo Ancelotti's side have now gone 26 consecutive home games in LaLiga without defeat (21 wins, five draws) and have not conceded a goal in 348 minutes of action at the Bernabeu.

But Valencia have won their last two league games on the road and will be looking to register three straight away wins in the competition for the first time since November 2017.

Barcelona enter the weekend 15 points behind league leaders Real but could break into the top four with victory on the road at Granada.

The Catalans have lost just one of their last nine LaLiga games (four wins, four draws) — having been beaten in three of their previous four — while they are also undefeated in their five previous away matches (two wins, three draws).

Granada have managed to avoid defeat in their last two league meetings with Barcelona, having only done so in two of their previous 19 clashes (two wins, 17 defeats).

Robert Moreno's men have not lost in six LaLiga outings (three wins, three draws) and are bidding to equal their best-ever top-flight run of seven matches unbeaten this weekend.

Both these teams have ambitions to finish in the top four this season, yet come into Saturday's game off the back of defeats.

Rayo have not lost any of their nine home games in LaLiga this term (eight wins, one draw), boasting the best record in the division.

Their 30 points from 19 matches this season is also the best start by a newly-promoted side at this stage of the campaign since Villarreal, who ended up finishing sixth at the end of the 2013-14 season.

The hosts will need to watch out for Betis' Juanmi, who has the best differential (+5.1) between his goals (11) and expected goals (5.9) in the division.

But Rayo's Radamel Falcao is not far behind — he has the third-highest with a differential of +2.9 (five goals and 2.1 xG).

Villarreal go into this game just four points behind last season’s champions and will be looking to edge closer to the top four with a victory.

Unai Emery’s men have failed to win any of their last seven league games against Atleti though, drawing four and losing three — their worst-ever winless run against the side from the capital.

Villarreal will be pinning their hopes on forward Gerard Moreno, who has scored a brace in each of his last three LaLiga games — the first player from the club to do so in the competition.

The last star to score two or more goals in four successive games in the competition was Cristiano Ronaldo with Real Madrid in March 2018.

Moreno will be encouraged by the fact that Atleti have failed to keep a clean sheet in any of their last 11 away league matches, conceding a total of 17 goals.

Cadiz have only won two games all season but could still lift themselves out of the relegation zone with a win on Sunday if other results go their way.

Their opponents have now gone 10 consecutive matches without a victory in LaLiga (five draws, five defeats).

However, Osasuna boss Jagoba Arrasate has won five of his nine meetings with Cadiz chief Alvaro Cervera in all competitions, which is more than against any other coach in his managerial career.

One area for both these teams to exploit is the aerial battle. They have conceded eight headed goals apiece — no other side has gifted more. 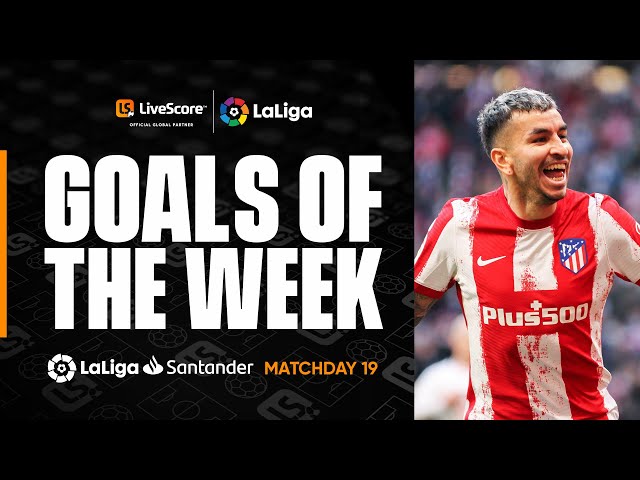 Nice president says Galtier's switch to PSG is 'good for everyone'

Transfer Talk: Gunners and United face off for Gnabry