I’m backing England to build on their brilliant start to Qatar 2022 by making it two wins from two against the United States this evening.

I couldn't have been any happier with Monday’s performance, even if some people seem determined to play the result down.

I’ve seen plenty of comments along the lines of "it was only Iran" — but as we’ve seen already, any game at the World Cup can quickly become a banana skin.

The Three Lions have been knocked out of tournaments by teams of a similar ilk in years gone by, so getting the job done in such convincing fashion merits plenty of respect.

It was a very thorough, very intense performance and one made even more impressive when factoring in the climate.

The heat and humidity can be a bit of a leveller for the lesser nations if the more established sides allow it to be.

England, however, gave Iran no chance to settle. Their pressing and regains of possession were so sharp, plus there was a real willingness to constantly put the ball into dangerous areas.

If England produce more of the same tonight, I just can’t see USA having an answer.

Too hot to handle

The Americans were quite impressive in the first half of their 1-1 draw with Wales but I thought they were all at sea after the interval.

Kieffer Moore’s introduction changed the game and I think Gareth Southgate would've seen plenty of areas he can exploit.

Gregg Berhalter does have quality in his ranks, though. I'm a big fan of Tyler Adams in midfield, while we all know about what Christian Pulisic brings to the table.

However, I think a lack of minutes has hurt the Chelsea man in recent times. And overall, this USA squad is still in a transitional phase.

As joint hosts of the 2026 World Cup, Berhalter is sure to have one eye on the future and experience of games like this will do his young group the world of good.

I’m expecting Gareth to make a few changes simply to keep things fresh — and with so many of his forward players already off the mark, confidence will be sky high whoever plays.

If pushed for a scoreline, I’d go 3-1 England and another largely comfortable evening. 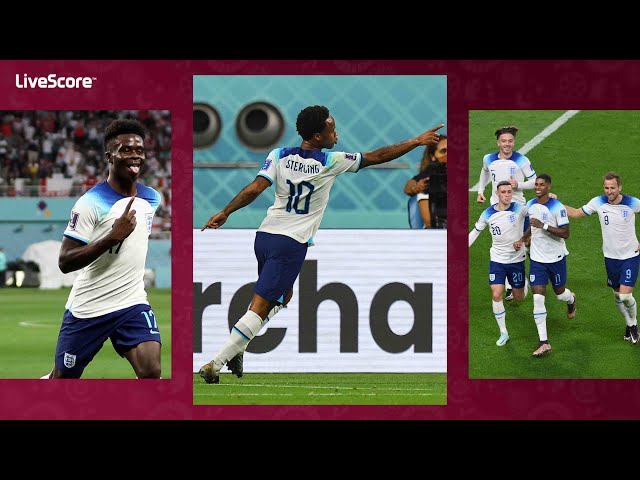 We've now had our first full round of games at Qatar 2022 and there's been plenty of headlines made on and off the field.

In terms of the matches, I've been pleased to see fans from so many different nations make it out to the Middle East to cheer on their respective nation.

Sure, we've had some empty seats — and some questionable attendance figures given — but I think the atmosphere has generally been really good so far.

I'm not sure anyone was expecting to see so much additional time in matches either, though I'm certain fans will not complain about getting to see more football!

For the players, however, it's bound to have come as a surprise and I do wonder whether it will have an impact on them later in the tournament in terms of fatigue.

Off the pitch, I was really disappointed with how FIFA handled the OneLove captain’s armband situation.

The players in question were all set to show their support for the campaign before last-minute sanctions were imposed, putting them in a very difficult situation.

Take Gareth Bale, for example. He's playing in his first — and possibly only — ever World Cup and he's been asked to take a yellow card before kick-off in order to wear the armband.

I think too much of the burden is carried by players in regard to making statements, while FIFA leaving it that late to announce the consequences was just downright poor.

Let's hope as the tournament rolls on that we're talking less and less about controversies and more about brilliant football.

Last week, I said Argentina were my pick to lift the trophy but it's fair to say their opener against Saudi Arabia didn't go to plan!

For them and Germany, the pressure has ramped up a notch now and it's going to be fascinating to see how they both respond in crunch encounters.

Some of the underdogs have really impressed me. Saudi fully deserved their famous victory, while I was also impressed by Tunisia after they were given little hope against Denmark.

Meanwhile, I’ve no idea how Canada left empty-handed against Belgium but performance will give their players belief that qualification is within reach.

England, France and Spain have been the sides who have impressed me most so far and I’m already getting excited at the prospect of those first two teams meeting in the quarter-finals.

Whoever prevailed from that titanic tussle would surely be considered favourites for the tournament — but I'm not going to get too ahead of myself.

Read more: Bellingham and Saka are England's present and future