In Focus: Ethan has Ample time to prove his worth at Chelsea

Ethan Ampadu’s time at Chelsea looked to be in serious doubt — but the club’s uncertain future means he could have a career at Stamford Bridge ahead of him after all.

As it stands, the Blues are unable to make any transfers this summer due to sanctions being placed on Roman Abramovich following Russia’s invasion of Ukraine.

Defenders Cesar Azpilicueta, Antonio Rudiger and Andreas Christensen are all set to leave when their contracts expire in June, making returning loanees like Ampadu, 21, potentially crucial.

As he prepares for Wales’ friendly against Czech Republic tonight, we turn the spotlight on the on-loan Venezia youngster.

It has been a long wait for Ampadu to get the chance to prove he can make the grade at Chelsea after joining from Exeter as a 16-year-old in 2017.

Becoming one of Wales’ youngest ever players by making his international debut at 17, the teenager was tipped for a bright future.

But having failed to fully convince when given a first-team chance at relegated Sheffield United last term, there were question marks over whether he could cut it in the Premier League.

He seemingly took a step back by moving on loan to Serie A strugglers Venezia last summer but did sign a new three-year deal at Stamford Bridge before doing so.

Even so, it looked like an uphill battle to convince Thomas Tuchel that he was capable of displacing any of the Blues’ well-established stars next term.

Speaking on his Chelsea future last season, Ampadu said: "I need to be playing regular football, but I hope every footballer thinks that.

Undoubtedly a difficult situation for the club — where they are unable to negotiate transfers, sales or new contracts until they have a new owner — has handed a lifeline to a host of fringe stars.

And 32-cap Wales international Ampadu is one of them, with Rudiger, Azpilicueta and Christensen reaching the end of their deals.

Those departures leave Thiago Silva, Trevoh Chalobah and Malang Sarr as the only first-team centre-backs at the club.

That makes the return of the versatile midfielder-turned defender a welcome addition as Tuchel begins to piece together his team for the 2022-23 campaign.

Shining in Serie A

They will be bringing back a player who has impressed in Serie A.

Largely playing in central midfield but also across the back four, Ampadu has been a bright spark in a difficult season overall for the Venice-based outfit, who were promoted to Serie A after a 19-year absence last season.

Spending much of the campaign in the relegation zone, the 21-year-old has stood up to the challenge and made himself a key figure for Paolo Zanetti’s side.

The Exeter native ranks in the top three at his club for a host of key defensive metrics, including tackles (46), interceptions (37), clearances (48) and aerial duels won (40).

And having started five of Wales’s last six matches — including their memorable 2-1 World Cup play-off semi-final victory over Austria last week — Ampadu has not been short of the big-game experience he craves.

That will certainly help his cause in his bid to earn a place at Chelsea next season.

The development of academy stars like Mason Mount, Reece James and, more recently, Chalobah into first-team regulars in West London shows the pathway is there for Ampadu to be the next.

Still only 21 and with two years remaining on his contract, there is plenty of time for Ampadu to impress Tuchel.

The youngster revealed earlier this season that the German boss’ staff have been keeping tabs on his development while in Italy.

Ampadu said while on international duty in November: "They’re always watching the games and giving you feedback. Someone has even managed to come out and watch a game.

"You still get all the feedback because at the end of the day you’re still a Chelsea player even though my focus is on Venice. Everyone wants you to develop and be a better player so you have that help as well.

"My focus is on doing as well as I can with Venezia and seeing where that takes me this summer."

Ampadu’s focus right now will be keeping Venezia in Serie A, as well as helping Wales reach their first World Cup since 1958 by beating Scotland or Ukraine in their rearranged fixture.

Achieve both of those and his attention may well turn to helping Chelsea avert a potential crisis on the field. 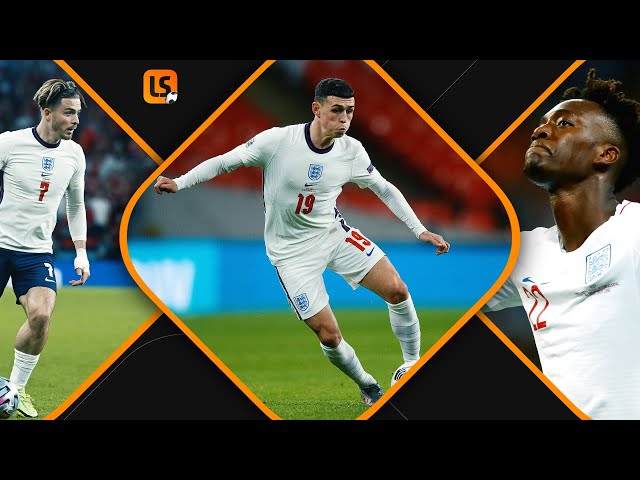