In Focus: Age is no barrier for evergreen Blue Azpilicueta

Cesar Azpilicueta has been Chelsea's Mr Consistent ever since he moved to Stamford Bridge in 2012.

The Spaniard never lets his club down and just when it seems like his time may be up, he proves his worth again.

Since Thomas Tuchel arrived in January, Azpilicueta has been a regular in the side and one of the Blues’ best players.

So how does the 32-year-old manage it?

This time last season, it looked like Azpilicueta’s influence at Chelsea was beginning to wane.

Under Frank Lampard, the Spaniard started only seven of the first 19 Premier League games.

The Blues legend was determined to give youngsters a chance and at 31, Azpilicueta certainly did not fit that mould.

But Tuchel immediately restored the club captain to his first-choice XI and he started the next 10 games as Chelsea shipped just two goals.

The German has made it clear numerous times just how important he believes Azpilicueta, now 32, is to his side.

Whether it is at right wing-back or centre-back, the only time he has not featured in the league for Tuchel was ahead of big Champions League games at the end of last season.

Azpilicueta made his 300th Premier League appearance earlier this season and the manager hailed his skipper.

Tuchel said: "It's crazy. How can you be such a nice guy but at the same time be a leader and have so many games?

"It's nice that this is it, you can be that and be that. Maybe it's because you're such a nice guy. I believe it like this.

"Azpi is so focused, honest, a sports guy and such a competitor. He is so open and focused on his best performances every day. What you see on a match day is what I see every day.

"He lives his role. He is maybe not the leader that you would sometimes expect from outside or in general that we as people expect leaders to be. Loud and extroverted, he is not."

But there is pressure on Azpilicueta’s spot from other defenders in the Blues squad.

If he plays as one of the three centre-backs in Tuchel’s preferred formation, one of Antonio Rudiger, Andreas Christensen and Thiago Silva is left out.

And if he is utilised as the right wing-back, it means Reece James is left on the bench. Callum Hudson-Odoi has also played there under the German.

Yet it is obvious why Azpi is still so valued by Tuchel.

He has made more tackles per game (2.47) than any other Chelsea defender since the start of last season, the fourth-most interceptions, fifth-most clearances, sixth-most headed clearances and ranks third for aerial duels.

Back in 2014, Gary Neville labelled him the best defender in the league. The qualities he showed then have not changed.

And the fact Azpilicueta is more than good enough to play in two positions makes him a manager’s dream.

It is undoubtedly true that he offers less than James or Hudson-Odoi from an attacking point of view.

Chelsea are a more versatile team when Azpilicueta is at centre-back and a more dynamic player can get up and down the pitch.

But his display at Tottenham, when the Blues won 3-0 and pressed Spurs relentlessly after half-time, showed that he is no dud there.

Now all that needs to happen is Azpilicueta to extend his stay at the Bridge.

His current deal runs out at the end of the season but there is no way Tuchel will want to lose his trusted lieutenant.

And the Spaniard is not worried either — saying he has complete trust in the club.

He said: "I don’t have any concerns, I feel fully trusted by the club since I arrived.

"At the moment it is true that my contract ends in June but I just focus on what’s next, to train and play the best I can.

"Everything will take care of itself, I don’t need to say anything more. I have to keep doing what I am doing and it will come by itself.

"Of course, I love to be here, I feel loved since I arrived and my aim is to be here for as long as I can be." 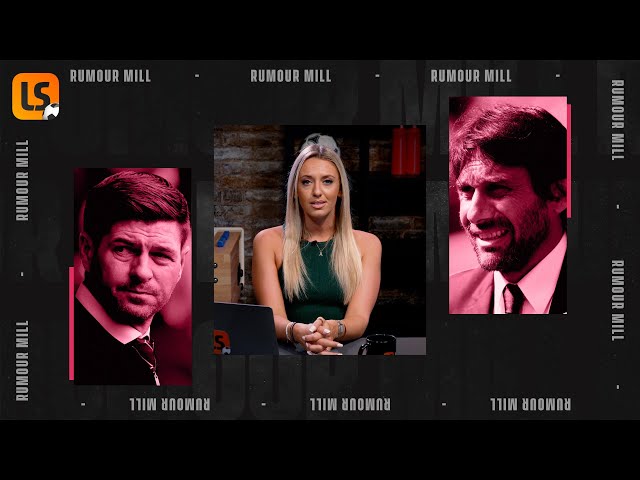 No a-Mount of hard work will deter Chelsea ace Mason