Half of the teams in action tonight still have their qualification hopes hanging in the balance, including five-time winners Barcelona.

Here's everything you need to know heading into the eight decisive encounters.

Barcelona know that anything less than three points from a daunting trip to Bundesliga champions Bayern Munich could see them exit at the group stage for the first time in 21 years.

Leeds and AC Milan got the better of the Catalan club in that fateful 2000-01 campaign, with current Blaugrana boss Xavi part of the playing squad who came up short.

Recent history does not inspire confidence here either. Bayern have won the last three meetings between the pair — more consecutive victories than any club has managed over the LaLiga side in European competition.

Xavi's men will be scarred by recent losses, including a 3-0 defeat in September's reverse fixture and the 8-2 humiliation in their 2019-20 quarter-final encounter.

Barca will need to end a poor run in front of goal, having only managed four strikes in their last eight Champions League outings.

There have been no such problems for Bayern star Robert Lewandowski, who can become the only the second player after Cristiano Ronaldo to score in 10 straight Champions League matches tonight.

Hoping to take advantage of any slip-up from Barcelona are Benfica, who must defeat bottom side Dynamo Kyiv and then hope for a favour from Bayern Munich if they are to progress.

The Portuguese outfit have not reached the knockout phase since the 2016-17 edition but have been much improved this term with a solid defence at the heart of their success.

Three clean sheets from their five outings, including home and away shutouts against Barcelona, mean Jorge Jesus’ men will expect to keep an impotent visiting side at bay at the Estadio da Luz.

Already eliminated from the competition, Kyiv have now been knocked out at this stage for the 10th time in 11 appearances — though they did hold tonight’s opponents to a 0-0 draw in September’s reverse.

Read more: What each team needs to qualify for last 16

Despite some hairy moments along the way, Manchester United welcome Young Boys to Old Trafford knowing their progress into the last 16 is already secure as group winners.

However, the Red Devils will be keen to exact revenge on their Swiss opponents after suffering an embarrassing 2-1 defeat in Bern in September.

Victory would see the visitors make the Europa League should Atalanta lose to Villarreal — but they will need to make history having not won on English soil in their four previous attempts.

Expect goals too, with Young Boys yet to keep a clean sheet in 12 Champions League clashes and Cristiano Ronaldo looking to score in every single group game of a campaign for the second time in his glittering career.

Group F’s other encounter has the potential to be the game of the evening, with Atalanta knowing they must defeat Europa League holders Villarreal to leapfrog them into second spot.

Having only made their Champions League debut in 2019, the hosts have progressed into the knockout rounds in both of the last two campaigns and will be going all out to protect that 100% record in Bergamo tonight.

They will fancy their chances of turning over Unai Emery’s visitors, with the Spaniards having only won one of their eight competitive European away matches on Italian soil.

September’s reverse fixture ended in an entertaining 2-2 draw and the same outcome tonight would be enough to see the Yellow Submarine qualify for the last 16.

Remarkably, all four sides in Group G enter this evening’s fixtures with their fate in their own hands — though table-topping Lille have the biggest margin for error.

Travelling to the Volkswagen Arena to face Bundesliga outfit Wolfsburg, the Ligue 1 champions know a point will see them through and potentially even prove enough to secure top spot.

However, a home win will see the Germans qualify at the expense of their opponents — and Wolfsburg are undefeated in three meetings with Lille, including this season’s 0-0 draw in France.

With only four Champions League goals so far this term, scoring has been a problem for the hosts and the 101 shots attempted by both sides in their five previous matches is the lowest such tally in the competition.

Another clash where both sides can still finish top or bottom dependent on this evening’s outcomes, FC Salzburg are within touching distance of a first knockout phase appearance.

The Austrian champions will progress with a solitary point this evening, while Sevilla know that they require all three after leaving themselves up against it following a tough start to the campaign.

If they do qualify, the Spanish side will become only the fifth club since the 2003-04 tournament to make it into the last 16 without winning any of their first four group stage clashes.

Julen Lopetegui will hope Croatian veteran Ivan Rakitic can deliver another inspirational performance — the 33-year-old has been directly involved in three of his side’s five goals in the competition despite only starting two matches.

All that remains to be decided in Group H is top spot — and reigning European champions Chelsea know that they can secure it with victory in Russia.

Thomas Tuchel’s troops enter this evening’s clash level on points with Juventus but will finish above the Serie A giants if they match their final result due to a superior head-to-head record.

The Blues have kept nine clean sheets in their 12 Champions League outings under Tuchel and will be confident of doing the same here, having won the last three clashes against Russian opponents with accompanying shutouts.

Meanwhile, Zenit are already assured of a Europa League berth and will look to sign off their Champions League campaign with victory in what is their 200th competitive European match.

Juventus will expect to finish their group stage campaign with a comfortable victory against minnows Malmo.

Max Allegri’s men put the Swedes to the sword with three first-half strikes in September and a repeat performance here will mark a sixth straight home win in the Champions League for only the second time this century.

Malmo did at least salvage something from a demoralising campaign when registering their first goal and point against Zenit a fortnight ago but they have not beaten an Italian side since 1989. 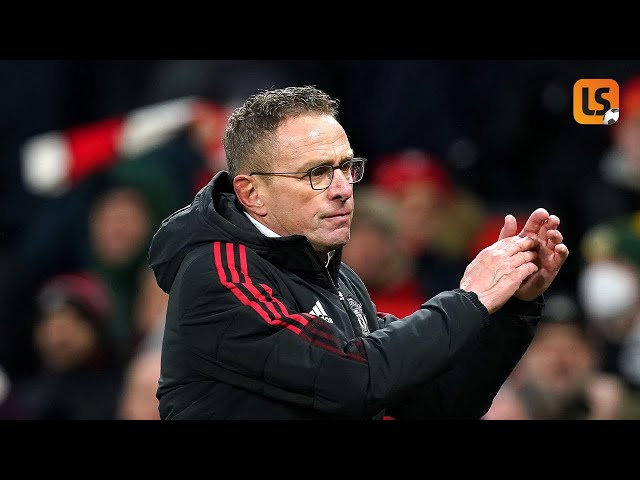