Liverpool are chasing Porto’s Brazilian midfielder Otavio — and Jurgen Klopp wants to seal the deal as quickly as possible.

Following the departure of Gini Wijnaldum, who is bound for Paris Saint-Germain, the Reds are firmly in the market for reinforcements in the centre of the park.

Several names have been linked in recent weeks but it now appears that Otavio, 26, is top of their list, with Portuguese media speculating a switch is close.

Klopp, who is a big fan of the talented technician, is angling for a quickfire deal to ensure the Merseysiders exploit a release clause of £34million, which expires on Thursday.

But he did help them to a Champions League quarter-final, playing a key role in a run that saw Porto dump out Juventus in the last 16 before narrowly losing to eventual winners Chelsea.

Chelsea are considering a move for Barcelona outcast Miralem Pjanic but will face competition from both PSG and his former club Juventus.

The Sun report the LaLiga giants are preparing a flash sale to help manage mounting debts and several fringe players are set to depart the Camp Nou this summer.

That includes Pjanic, 31, who has struggled to hit the heights expected of him when joining the Blaugrana 12 months ago — failing to register a single goal or assist in a Barca shirt.

Champions League winners Chelsea are set to spend big as Thomas Tuchel attempts to turn the Blues into Premier League contenders in 2021-22 and are monitoring Pjanic’s situation.

PSG are also keen to snap up the Bosnian but it is thought the player favours a move back to Italy, with a return to Turin on the cards.

Juve are thought to be reluctant to loosen their purse strings and are considering proposing a loan deal instead.

Aston Villa have had a second offer of £30m rejected for Arsenal starlet Emile Smith Rowe.

But the Daily Mail claim Villa are not yet ready to drop their pursuit of the 20-year-old midfielder, who has yet to agree a new deal at the Emirates despite ongoing talks with club officials.

Smith Rowe made 33 senior appearances in a breakthrough campaign last term and is a top target for Villa, who have already pipped the Gunners to Norwich star Emiliano Buendia.

Sergio Ramos is considering offers from Bayern Munich, PSG and Manchester City, according to ESPN, as the battle for the 35-year-old defender intensifies.

Real Madrid icon Ramos, who is departing the Bernabeu after a 16-year stint, is available on a free transfer and has no shortage of suitors.

Premier League winners City are thought to be at the front of the queue with a two-year deal on the table — but the Spaniard will consult his family before making any final decision. 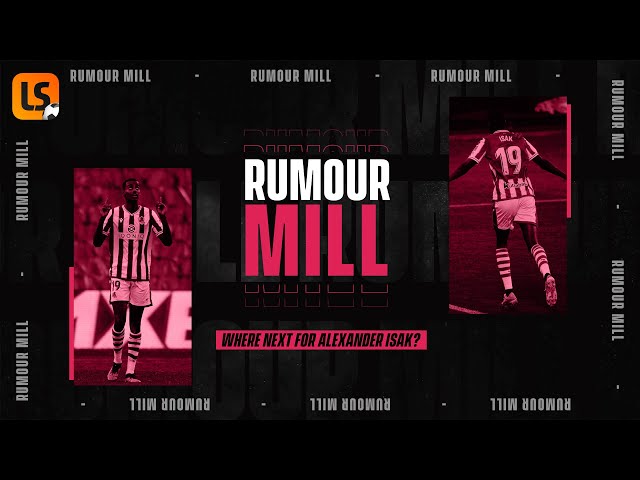 Today on LiveScore: England face Germany as round of 16 wraps up