Juventus saw one goalscorer move to the Premier League this summer — and Federico Chiesa could soon follow in Cristiano Ronaldo’s footsteps.

According to reports in Italy, the versatile forward was courted by Liverpool during the summer transfer window.

Italian journalist Gianluca Di Marzio claims the player and his father, former Sampdoria and Parma forward Enrico, made the decision to stay in Italy for the time being.

But with Juventus going through a transitional season for a second successive year, the Italian international could be tempted to move to a more settled project at the end of the campaign.

Ahead of Italy's Nations League semi-final clash against Spain, we profile the talented Juve ace.

If elite managers could piece together their ideal wide player, it would look something like Chiesa.

The 23-year-old is two-footed, explosively quick and extremely versatile having played across the forward line and as a wing-back.

The on-loan Fiorentina wideman is a genuine goal threat, too. Since moving to Turin, he has scored 14 times in Serie A and the Champions League.

Despite his slight frame, Chiesa is just 5ft 7in, he is deceptively robust and regularly bounces past players on slaloming runs.

The Euro 2020 winner has the knack for just knowing where the ball is going to land in the penalty area.

Looking at his shot map for Juventus, you would not know he was starting the majority of matches in wide areas given that so many of his efforts come from central zones in the space between the goal line and the penalty spot.

Following the win over Chelsea — a game in which Chiesa was deployed as a striker — Juventus manager Massimiliano Allegri claimed the 34-cap international could lead the line.

He said: "We played without [Paulo] Dybala and [Alvaro] Morata, and in that game, we saw that Chiesa can be a centre-forward.

"He is absolutely not at 100% and this was the first real time he has played as a centre-forward.

"I told Federico my evaluation, which is that he can play as a centre-forward or a support striker."

Chiesa joined the Serie A juggernauts at a strange time.

Andrea Pirlo had just been appointed as manager and he was trying to stamp his authority on the team.

The legendary Italian midfielder tweaked the shape on a number of occasions and, as a result, Chiesa was shifted about the starting XI — even having a spell at wing-back.

That was far from ideal but almost certainly helped develop the defensive side of his game.

Per FBRef, Chiesa is in the 95th percentile for tackles won amongst wingers over the last 12 months.

He has developed his game during his time with the Bianconeri and he is now much more rounded as a player — making him a much more attractive proposition.

Liverpool are keeping tabs on Chiesa’s situation having failed to add a frontman to their ranks during the summer.

The Reds are not struggling in attack and lead the Premier League for goals scored with 17 in their seven outings. Jurgen Klopp’s men have also notched eight in just two Champions League matches.

However, their famous front three are not getting younger and all will be 30 by the end of the campaign.

An injection of youth is needed alongside Diogo Jota, and Chiesa could be the player they are waiting for.

They are joined by Chelsea in their pursuit for the fleet-footed winger.

The Blues had a bid of £85million turned down for the Italy international in the summer prior to signing Romelu Lukaku, according to Florian Pettenberg.

With manager Thomas Tuchel not convinced with his attacking options, changes could be made this summer and another bid could be on the table for the Juventus No22.

Chiesa might have wanted to stay in Italy last summer but that does not mean his long-term plan is to remain in his homeland.

Allegri plans to build around Paulo Dybala and Juventus do not boast many high-value assets outside of Chiesa. He could be sacrificed to allow the new Juventus boss to assemble a team in his image.

There are not any Italian clubs who could afford him, so he would have to leave the peninsula to continue his career.

Barcelona are struggling financially while Real Madrid are fixated on Kylian Mbappe and Erling Haaland.

Paris Saint-Germain could view him as a successor to Mbappe but the strongest interest comes from England and he could well end up in the Premier League in the near future. 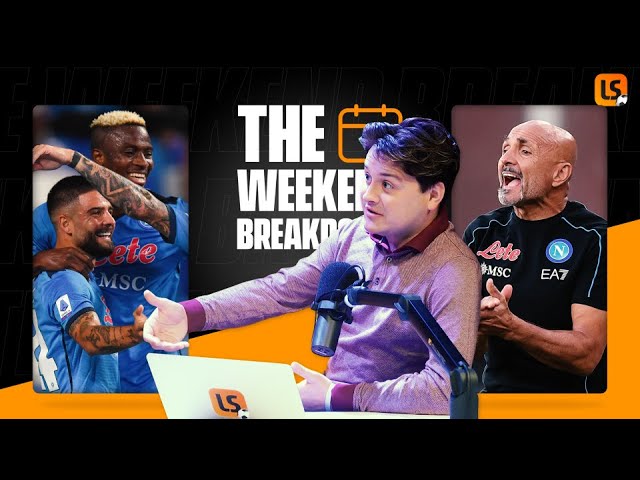