Liverpool are chasing another Wembley triumph over Chelsea as they bid to lift the FA Cup for the first time in 16 years.

The three meetings between the teams so far this season have finished all square after 90 minutes — but the Reds came out on top in February's Carabao Cup final after an epic penalty shootout.

And Jurgen Klopp will be plotting further success this time around as his team continue their quest for an unprecedented Quadruple.

Ahead of one of the highlights of the English football calendar, we take a look at how Liverpool can win their second trophy of the campaign.

Klopp has previously heaped praise upon Blues boss Thomas Tuchel and will not underestimate his opposite number.

Last August — before the 1-1 Premier League draw between the teams — the German tactician commented on how everything "[Tuchel] has done so far has been absolutely sensational".

Speaking about his compatriot before the Carabao Cup final, he said: "His way is really exceptional and [he] is an outstanding coach and outstanding manager."

It is clear Klopp has a great deal of respect for Tuchel but he will be desperate to get one over on a manager he has not beaten in 90 minutes since the former Paris Saint-Germain coach arrived at Stamford Bridge.

An absolute sensation since signing from Porto in January, Luis Diaz got his first taste of Wembley in just his sixth Reds appearance when he started the Carabao Cup final.

He did not steal the show that day but was only just getting up to speed with the English game.

Diaz, 25, has now established himself as one of Liverpool's star performers after finding the net six times in just over three months.

Team-mate Andy Robertson recently said: "He's a special, special player and the talent he has, and will to win, fits us perfectly."

The stage could be set for him to produce more magic this afternoon.

Thiago Alcantara has not started against Chelsea this season.

He came on as a late substitute in the first league encounter before missing the 2-2 draw in January and the Carabao Cup final through injury.

And the presence of the string-pulling supremo could lend a different dynamic to this latest clash.

With the Spain international in full metronomic flow, Klopp will hope his side can control the midfield.

It is a given that Liverpool will approach this match at full throttle.

Allowing just 9.9 passes per defensive action in the Premier League, only Leeds (9.7) press more intensely than the Merseysiders.

But that central pillar of Klopp's footballing philosophy could prove even more instrumental this time out against the Blues, who have looked worryingly disorganised at the back in recent matches.

If there is another level to the Reds' press — and they are a side who continue to amaze in this regard — they could well reap the rewards from activating it.

Up in the air

Another way Klopp might look to exploit Chelsea's current defensive fragility is by getting even more crosses into the box.

No team has completed more crosses from open play in the Premier League this term than Liverpool (113 at an average of 3.14 per game) — which hardly comes as a surprise given the elite delivery of flying full-backs Trent Alexander-Arnold and Robertson.

And with the likes of Sadio Mane and Diogo Jota so strong in the air, it could prove to be a successful route to goal for the Reds yet again today. 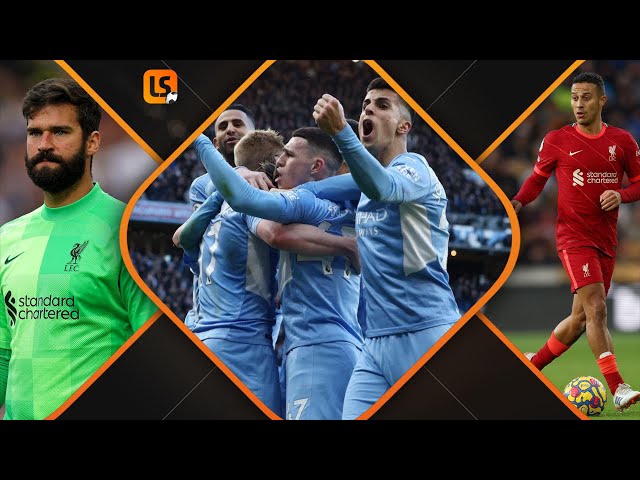