The 2022-23 Serie A season gets under way this weekend as Italy's football giants tussle once more for the Scudetto.

AC Milan came out on top last term for the first time since 2011 and will hope to kick-start their title defence with a win when they host Udinese at the San Siro.

Elsewhere, Napoli and Roma are both on the road, with trips to Verona and Salernitana respectively.

AC Milan will hope to do in 2022-23 what rivals Inter could not by retaining their Serie A title.

Stefano Pioli's Rossoneri come into this game with form and history on their side.

The reigning champions have won their opening game in each of the last six seasons. The exception was Juventus, who lost 1-0 against Udinese in 2015-16.

Meanwhile, Milan have lost just one of their last 15 home Serie A clashes against the Zebrette (eight wins, six draws).

Having missed out on the title by such a narrow margin last term, Inter will be determined to pick up maximum points from games such as this against Serie A new-boys Lecce.

The Nerazzurri have good form in this department, having won nine of their last 11 curtain-raisers against newly-promoted opposition.

Meanwhile, no side has failed to win more opening Serie A outings than Lecce's 16 (six draws, 10 defeats).

However, Lecce are unbeaten in their last three home encounters with Inter in the Italian top flight (one win, two draws).

Romelu Lukaku scored against Saturday's opponents on his Serie A debut in 2019 and after a miserable year back at Chelsea, the Belgian will be looking for a repeat.

In two league campaigns at the San Siro, Lukaku recorded 47 goals — 16 more than any of his Inter team-mates.

As a result, their failure to win the league in the last two seasons represents a significant departure from the standards previously set in Turin. The Bianconeri will be desperate to reclaim the Scudetto this term.

Sassuolo do not boast a strong record against the Old Lady, suffering more Serie A defeats against them (13) than any other opponent, while keeping just one clean sheet in 18 league meetings.

Ominously, the Bianconeri have won 11 of their last 12 Matchday 1 fixtures played at home.

In Dusan Vlahovic, Max Allegri has Serie A's top scorer in home games since the start of 2020-21. The Serbian hitman has netted 27 times in 37 home fixtures for Fiorentina and Juve.

Napoli were the third party in last year's title race — their strongest campaign since finishing second in 2018-19.

In Verona, they face a team that ended the last campaign in poor form, earning just one point from their final three games. This is their longest winless streak since the beginning of last season.

Napoli, on the other hand, won each of their final three outings without conceding and have triumphed in their last five opening Serie A fixtures — the longest current streak in the competition.

Partenopei forward Victor Osimhen has three goal contributions (two goals, one assist) in his four encounters with Verona — including a brace in victory at the Bentegodi in March.

Jose Mourinho's Roma won the inaugural Europa Conference League last season and will be looking to improve on a sixth-place finish.

History is on their side as they travel to face Salernitana, who have lost five of their six Serie A meetings with the Giallorossi. This is the hosts' worst record against any top-flight rival.

Worse still, Salernitana boss Davide Nicola has lost all three of his Serie A openers without seeing his side score.

Conversely, opposite number Mourinho has never been beaten on the opening Matchday of a Serie A campaign — either with former club Inter, or his current employers.

This summer the Giallorossi have added Paulo Dybala to an already formidable attack featuring Tammy Abraham, who scored his first Serie A goal against Salernitana last August. 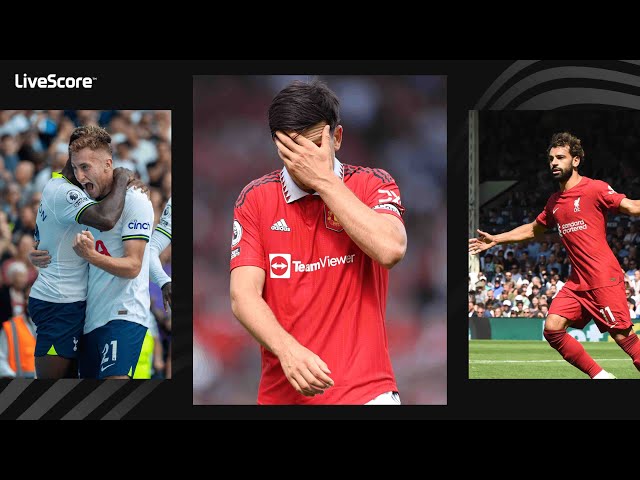