In Focus: The unheralded stars who lit up the Premier League weekend

The first Premier League matchday of 2022 produced a classic set of games and plenty of talking points.

Chelsea and Liverpool played out a thriller, Manchester City and Tottenham snatched last-gasp wins, Wolves won at Old Trafford and there were 3-2 away triumphs for West Ham and Brighton.

But it was not the usual array of big names who caught the eye and this week’s stars of the weekend includes some less-heralded players.

Wolves midfielder Joao Moutinho was not the Portuguese legend many came to see at Old Trafford — but he was the one who stole the show.

The ex-Porto star and fellow countryman Ruben Neves ran the middle of the pitch against Manchester United.

Neves went close with a long-range effort in the first half but it was Moutinho who came up trumps near the end.

His low strike from the edge of the area gave Wolves a first ever Premier League win at United and sent the travelling hordes wild.

Moutinho created two chances, won the ball back seven times and his passing accuracy of 86.67% was only bettered by centre-back Max Kilman.

There is a strong competition for places in the three spots behind Michail Antonio in West Ham’s XI.

Manuel Lanzini did not start a league game before December 4, but he has been in the line-up for five of his last six in all competitions and repaid David Moyes’ faith in spades at Selhurst Park.

Lanzini scored the second and third goals in the Hammers’ 3-2 win at Crystal Palace — and on any other weekend his first would have been the strike of the round.

The Argentine flicked the ball up with his left foot and dispatched an unstoppable volley past Vicente Guaita.

It was a fantastic strike and with Said Benrahma off to the Africa Cup of Nations, Lanzini looks set to continue his run in the starting XI.

With Chelsea 2-0 down and fighting to remain relevant in the title race, Mateo Kovacic stepped up and scored one of the best goals of the season.

Moving backwards with both feet off the ground, Kovacic managed to muster enough power and control to volley the ball into the top corner.

It was a ridiculous goal — the sort that only the best players in the world can score.

Away from his strike, Kovacic had the second most touches in the game (105), attempted the third-most passes into the final third (24) and completed all of his take-ons.

He was just as impressive defensively and put in six tackles, with only N’Golo Kante recovering the ball more for Chelsea.

Like Lanzini, chances to show his ability have been hard to come by for Alexis Mac Allister at Brighton.

Mac Allister’s three league starts since Boxing Day are more than he managed in the first four months of the campaign — and boy has he made it count.

After slotting Brighton into the lead at Everton, his second put them 3-1 up and quickly put any thoughts of a Toffees revival to bed.

And what a goal it was, volleying first time into the top corner from Enock Mwepu’s lay-off.

Brighton had gone 11 league games without a win before Mac Allister’s return to the side and with seven points from the following three games, the Argentine’s spot will be hard to get off him now.

Shortly before netting Brentford's equaliser against Aston Villa, Yoane Wissa was struggling to make an impact on the game.

The Bees were well off the pace and the Congolese winger was not getting any of the ball, let alone looking like doing something with it.

Yet on 42 minutes, Wissa received a pass to feet near the edge of the box, turned his defender and whipped a vicious left-footed shot into the top corner.

It was a quality goal and one that reignited Thomas Frank’s side.

After the break they were much better and went on to win 2-1 — Wissa’s goal was the catalyst for that much-needed three points. 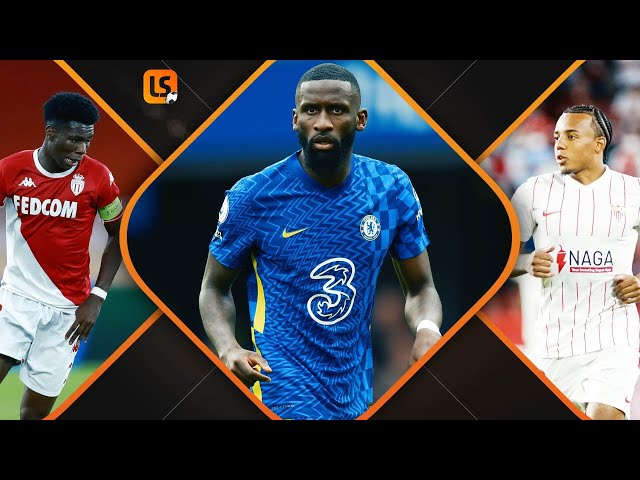