In Focus: Ollie has Wat it takes to thrive under Gerrard

Steven Gerrard got off to a winning start as Aston Villa manager on Saturday — and Ollie Watkins was the man to get him up and running.

In a cagey affair against Brighton, the 25-year-old finished off a counter-attack in emphatic style to send Villa Park into raptures as he put them on their way to a late 2-0 win.

It could prove just as big a goal for Watkins himself, who has had an inconsistent campaign with the Villans so far.

We turn the spotlight on the England striker and the key role he could be set to play under Gerrard.

In September 2020, Villa splashed out £33million to sign Watkins as their undisputed main striker following a prolific season in the Championship with Brentford.

He responded to the faith entrusted in him, and by former Bees manager Dean Smith, by hitting an impressive 14 goals in his maiden Premier League campaign as Villa finished 11th.

Immediately striking up a relationship with Jack Grealish, the pair for a long time looked like they could fire Villa to an unlikely European place before the Midlanders eventually fell away.

Last season, Smith said of Watkins: "You want your No9 to come in and score goals and he’s certainly done that.

"I had no doubts [over whether he could score in the Premier League] — he had scored 26 goals in the Championship last season.

"I knew he would come and not replicate 26 goals but replicate scoring and he has shown that already and will continue to do that."

Waiting in the Ings

Fast-forward a few months though and things look a lot different in the West Midlands.

Not only has Grealish left, but there is now another top-class striker in Danny Ings vying for a place.

Signed alongside Emiliano Buendia and Leon Bailey to account for the loss of £100m man Grealish, the former Southampton hitman’s reputation as a proven goalscorer meant Watkins’ role was undoubtedly going to be affected.

Many pondered whether Ings would be taking Watkins’ place in the team or whether they would be deployed as a new strike partnership.

Smith opted for the latter — even changing his whole system from a 4-3-3 to a 3-5-2 in an attempt fit them both into the team.

But the pair struggled to hit it off.

Despite netting six goals between them, they have so far failed to directly combine for a single one.

In an disappointing 3-1 October defeat by Arsenal, the pair linked up for just two passes — a stark visualisation of how the deliberate effort to fit them both in the same side was just not working.

It ultimately proved the end for Smith, who was sacked following a run of five straight defeats.

After originally being lured to Villa Park by his strong working relationship with Smith, things looked uncertain for Watkins following his departure.

New manager Gerrard has become known for playing with one striker at Rangers, meaning one of he or Ings would likely be dropped in a similar system at Villa.

Things also seemed slightly tipped in Ings’ favour after Gerrard mentioned the fact that he had worked with the 29-year-old while the pair were at Liverpool.

When Gerrard’s much-anticipated first selection was released, Ings was indeed named as the striker — but Watkins was also named in the side as a left winger.

It is not a position he is a stranger to, having thrived there for much of his career prior to moving central in the 2019-20 season.

If Watkins and Ings are to play together under Gerrard, it will most likely be in such a set-up.

In the Brighton victory, Watkins showcased his undoubted quality after his sublime finish broke the deadlock and allowed Tyrone Mings to seal the win minutes later.

After being fed through by Ashley Young, Watkins used the decoy run by Anwar El Ghazi to cut inside on his favoured right foot and bend a wonderful strike past Jason Steele.

And after the game, Gerrard reserved special praise for the man who opened the scoring.

Gerrard said: "That was a world-class finish, without a shadow of a doubt. With the score 0-0 and the first goal the most important, it was just pure quality."

After being omitted from England’s last two squads, Watkins will hope he can spark a run of form that gets him back into Gareth Southgate’s thoughts ahead of the Qatar World Cup next year.

On Watkins’ Three Lions hopes, Gerrard added: "I know Ollie has got big aspirations and dreams of being involved in the England set-up, so that goal, finish and performance will do him no harm.

"I’m sure Gareth [Southgate] will see that. Gareth knows this football club extremely well but he [Watkins] has got to fight.

"There is a lot of competition there for places and it’s my job and the staff’s job to give him every bit of support he needs."

Still work to do

While there were some encouraging signs in how Gerrard’s 4-3-2-1 system worked with Watkins and Ings, it was by no means a perfect display going forward.

The fact that the 84th-minute opener came with Ings no longer on the field and after Watkins had moved centrally suggests Gerrard has some tinkering to do with his formula.

What is more, if Watkins and Ings both start in that system, then it means only one of new recruits Bailey and Buendia can play — that is without even mentioning two of last season’s best performers in El Ghazi and Bertrand Traore.

And former Premier League striker Chris Sutton thinks that while it was a good start under Gerrard, he still has some issues in his forward line to resolve.

Sutton told the Football Daily podcast: "The conundrum Gerrard has is with Danny Ings and Ollie Watkins.

"But it’s a tough one because Ings is a very talented player. It's about finding that balance for the team."

If Gerrard can strike that balance, then Watkins and Villa can go from strength to strength. 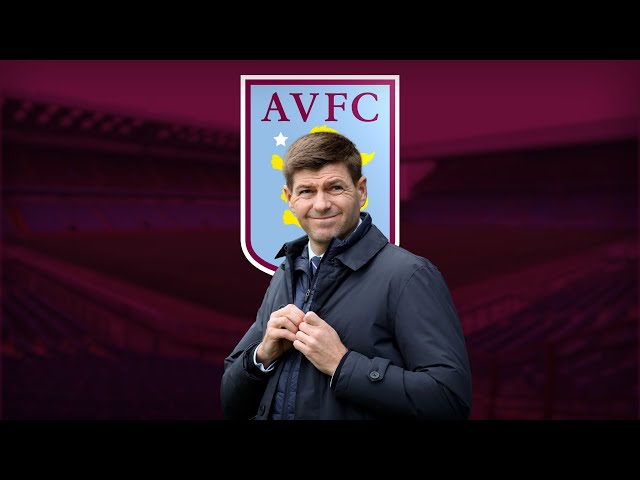