Champions Atletico Madrid will hope to pile more misery on out-of-sorts Barcelona when they meet in the standout fixture.

Elsewhere, Real Madrid head to Espanyol looking to remain unbeaten and extend their lead at the top of the table.

Rayo Vallecano know they could move into the Champions League places with victory at Osasuna, who have made their best start to a LaLiga campaign since 2005-06.

Rayo’s stunning return to the top flight after two years away has been inspired by the goalscoring exploits of Radamel Falcao — the former Manchester United, Chelsea and Atletico Madrid striker has netted in each of his first three appearances for his new club.

Osasuna are currently in a pattern of win-loss-win-loss-win — they have not secured back-to-back victories since April, but have collected 11 points from their first seven games.

Los Rojillos’ Estadio El Sadar has not been a happy hunting ground over the years for Rayo, who have won only once in nine LaLiga encounters.

The Saturday night action comes from the Spanish capital, as reigning champions face former champions at the Wanda Metropolitano.

Atleti have begun the defence of their title with four wins and two draws from seven games but Barca — despite being unbeaten so far — have won only three of their opening six LaLiga matches.

Draws with Granada and Cadiz plus successive 3-0 Champions League defeats have increased doubts over head coach Ronald Koeman’s position, though the Blaugrana responded well by beating Levante 3-0 at Camp Nou last time out in LaLiga.

Diego Simeone’s Atleti were on the wrong end of a shock 1-0 reverse away to Alaves in their previous game but have not lost two league games on the bounce since February 2019.

Real were humiliated in midweek — losing 2-1 to Champions League debutants Sheriff at the Bernabeu — but they head to Espanyol with the chance to make LaLiga history by becoming the first team to go 19 away games unbeaten in the competition.

Los Blancos have not lost home or away in any of their last 25 league outings, a run stretching back to a 2-1 defeat to Levante in January.

Carlo Ancelotti’s side also come into this clash as the division’s top scorers so far with 21 goals, 15 of which have involved Karim Benzema (eight goals, seven assists).

Espanyol look to be up against it, then, as they go in search of consecutive home victories in LaLiga for the first time since May 2019.

The Periquitos have relied heavily on Raul de Tomas so far this season, with the former Real striker scoring two and setting up one of their four goals — only the bottom two have found the back of the net fewer times in 2021-22.

Rock-bottom Getafe are the only side without a point in LaLiga this term — and they face a daunting task against a Real Sociedad outfit who sit second after seven games.

Getafe have only scored twice in their first seven outings — one of which was an own goal by Atleti goalkeeper Jan Oblak — and have the joint-worst defensive record in the league, having shipped 12 goals.

The visitors have only lost one of their previous 10 matches in all competitions and have conceded just two goals in their last six league games.

Of the 26 LaLiga meetings between these sides to date, Getafe have won almost half (12), with La Real triumphing on seven occasions.

Granada finished ninth in LaLiga last season, but find themselves 18th place after carrying their poor form from the end of 2020-21 into the new campaign — they have drawn four and lost eight of their last 12 matches, conceding an average of 1.92 goals per game in that time.

Sevilla, by contrast, have conceded just two LaLiga goals in 2021-22 en route to winning four of their opening six fixtures — they sit third, three points behind leaders Real Madrid with a game in hand.

Despite their current woes, Granada might take heart from their recent record against Sevilla — the Nazaries have won three of the last four derbies at the Nuevo Estadio de Los Carmenes.

This weekend's other games 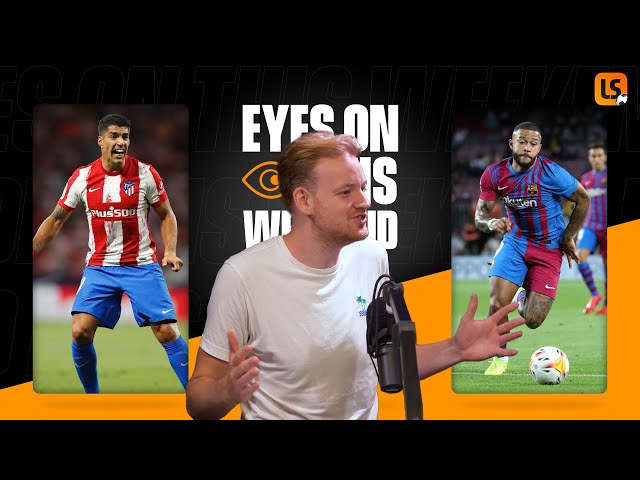