Now eight points clear at the top, there appears to be no stopping Real Madrid’s charge towards a 35th LaLiga crown.

Trying to put a dent in their title bid this weekend will be Mallorca, who host Los Blancos on Monday night.

Elsewhere on Matchday 28, Barcelona will look to continue their resurgence under Xavi as they take on Osasuna, while second-placed Sevilla travel to Rayo Vallecano.

Game of the week: Mallorca vs Real Madrid (Monday, 8pm)

Fresh from Wednesday's thrilling Champions League victory against Paris Saint-Germain, Real head to Mallorca looking to make it five wins on the spin in all competitions.

Carlo Ancelotti’s team have started to stutter on the road though, winning only one of their last four away games and finding the net just once.

But the hosts have lost their last two home encounters, drawing blanks in losses to Valencia and Real Sociedad.

And Mallorca might wish that this game was being played on a different day — Los Blancos are unbeaten in their last eight Monday night fixtures, winning six of those.

September’s reverse meeting saw Real record their biggest victory of the season, with Marco Asensio hitting a hat-trick in a 6-1 demolition at the Bernabeu.

Barcelona are looking to extend their unbeaten league run to 12 matches — but they will face a stern challenge from Osasuna, who have won more away games (six) than all bar two teams.

Then again, the Camp Nou has not been a happy hunting ground for Los Rojillos in recent years. Barca have won this particular fixture on 11 of the last 13 occasions, scoring 46 goals in the process.

Should the visitors come away with a point or more, they will have made it through a campaign without losing at either Barca or Real for the first time since 2003-04 — and only the third time ever.

Ferran Torres’ goal in the Blaugrana’s 2-1 win at Elche last weekend means that they now have 21 different league scorers this season, which is more than any other team in Europe’s top five leagues.

Scoring has not been Osasuna’s forte this term. Only Cadiz and Alaves — both of whom are in the relegation zone — have registered fewer goals than their 26.

These teams last faced each other in December, with Jagoba Arrasate’s side twice coming from behind to hold Xavi’s men to a 2-2 draw in Pamplona.

Sevilla have seen their title hopes fade — but they can make it 14 league games unbeaten when they take on free-falling Rayo, who have dropped to 13th after losing their last six.

The visitors may be hard to beat, but no team has recorded more draws in 2022 than their five. In fact, only Cadiz (12) have drawn more matches this season than Sevilla (10).

A seventh straight defeat for Rayo would equal their worst-ever top-flight run but they can lean on a robust home defensive record of nine goals conceded — fewer than all bar Real Sociedad (six).

Sevilla have only mustered 11 goals on their travels — the joint fourth-lowest tally in the division — but Julen Lopetegui’s men have conceded a measly, league-low seven in 14 away matches.

In Oscar Trejo, Rayo have one of LaLiga’s leading providers. Only Karim Benzema (10) has more assists to his name than the Argentine midfielder (nine).

This season’s reverse fixture took place on the opening weekend, when the Andalusians cruised to a comfortable 3-0 win after Rayo goalkeeper Luca Zidane was sent off inside 16 minutes.

For the first time all season, Atletico Madrid have strung together three straight top-flight wins — and history is very much against Cadiz, who have taken just one point from a possible 39 away to Atleti in LaLiga.

Diego Simeone’s side have not lost any of their previous five Friday league fixtures, winning the last four without conceding.

Cadiz have kept three clean sheets in their four most recent outings and are looking to go five games unbeaten for the first time since October 2020.

Luis Suarez has not scored at the Wanda Metropolitano for nine matches — but the Uruguayan will be buoyed by the fact he has netted in each of his three encounters with Cadiz.

In contrast, Los Piratas boss Sergio Gonzalez will approach this game with a sense of trepidation. He has failed to win any of his nine meetings with the club from the capital.

These two last faced off in November, when Atletico ran out 4-1 winners.

An all-Basque affair at the Reale Arena will see Real Sociedad try to make it five LaLiga games unbeaten at home, while Alaves need to pick up points in the battle for survival.

La Real have won six of their last seven home encounters with the Babazorros. They go into this one looking to win three such matches in a row without conceding for the very first time.

The visitors have a rotten recent record in Basque derbies, failing to win any of the last six — of which they have lost three — and scoring in only one of them.

And there is every chance that they will draw another blank on Sunday. The hosts have kept 15 clean sheets this season, which is more than any team in Europe’s top five leagues apart from Manchester City (16).

It is not hard to see where the root of Alaves’ struggles lies — only Mallorca (45) and rock-bottom Levante (54) have shipped more goals than their 44 conceded. 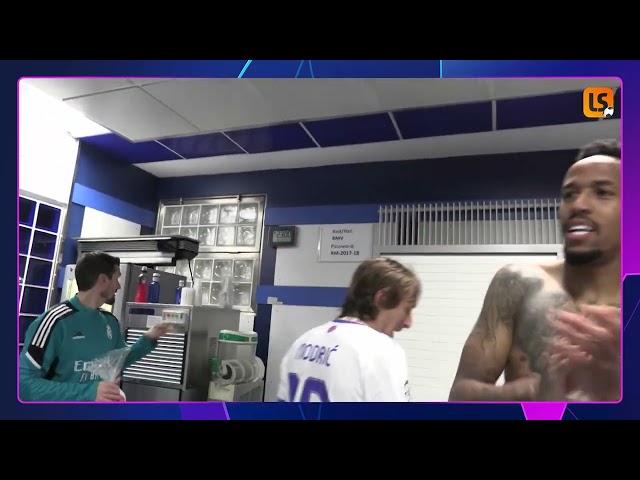 In Focus: Everton's Premier League legends from Ferguson to Baines