Ex-Real Madrid boss Julen Lopetegui heads to the Bernabeu on Sunday evening hoping to guide his Sevilla team to the top of the table.

After eking out a victory in his first game in charge, Xavi takes Barcelona on the road for the first time as they face Villarreal.

Here is everything you need to know ahead of Matchday 15 in LaLiga.

Game of the week: Real Madrid vs Sevilla (Sunday, 8pm)

Two teams with only one LaLiga loss apiece this season meet in the Spanish capital, where third-placed Sevilla know they could leapfrog Carlo Ancelotti's league leaders with a win.

Ominously for Sevilla though, they have lost 11 of their last 12 away league games against Real — drawing the other one.

However, their record of one defeat from seven away matches makes this their best start on the road for a decade.

Los Blancos may have to remain patient to break down Lopetegui’s well-drilled defence — only Athletic Bilbao (eight) have conceded fewer goals than Sevilla’s nine — but in 10-goal Karim Benzema, they have the division’s top scorer.

Surprise package Real Sociedad will return to the top of the table, at least temporarily, if they beat an Espanyol side who have won only one of their last five games.

The hosts are unbeaten in five at home though, winning four of those matches.

However, that good form will be put to the test by a team who have not lost in any competition since a 4-2 defeat at Barcelona on the opening day of the season.

Raul de Tomas — who has scored six of Espanyol's nine home league goals so far this campaign — is likely to be the biggest threat to the continued success of Imanol Alguacil's side.

After a disappointing goalless draw with Benfica in the Champions League on Tuesday night, Xavi’s Barcelona will be aiming for back-to-back LaLiga wins for the first time this season.

The Blaugrana — who are without an away triumph this campaign — may find ideal opponents in out-of-sorts Villarreal, who have won just once since early October.

If Barca are looking for further positive omens, there is also the fact that they are unbeaten in their last 24 league meetings with Villarreal.

Against no other team in their top-flight history have the Yellow Submarine gone longer without victory.

Memphis Depay is likely to be the key man for the Catalan giants, with Ansu Fati, Sergio Aguero and Martin Braithwaite all sidelined.

The Dutch forward will be hoping to get on the scoresheet for the fourth league game in a row.

Real Betis snapped a three-match losing streak in all competitions by triumphing 3-0 away to Elche on Sunday — and they will be hoping to inflict more misery on winless Levante.

In fact, the visitors have not won since April and are only three games away from breaking Sporting Gijon’s unwanted record of 24 matches without victory.

Their record of four wins from their last six encounters with Betis perhaps offers a small glimmer of hope though. Three of those victories saw Levante hit four.

It comes as little surprise that Levante have the worst defensive record in the division, having conceded 25 goals in 14 games.

By contrast, only Real Madrid (32) and Sevilla (23) have found the net more times than Manuel Pellegrini’s Verdiblancos (22).

A run of three games without defeat — including a 2-0 win over Villarreal and a 3-3 draw with reigning champions Atletico Madrid — suggests that Valencia may be re-finding their early-season form.

Heading to the Mestalla are a Rayo Vallecano side who have lost their last three away fixtures and won only one out of seven on the road this term.

Valencia ought to be confident of breaching the Rayo defence given their run of scoring in 18 consecutive home league matches.

Andoni Iraola’s visitors are the joint-third top scorers in the division having struck 22 times so far, including three in their victory over Mallorca last time out.

Rayo have lost only one of their last five LaLiga clashes with Valencia — although home manager Jose Bordalas has faced the Madrid outfit seven times as a coach and never lost.

This weekend’s other games: 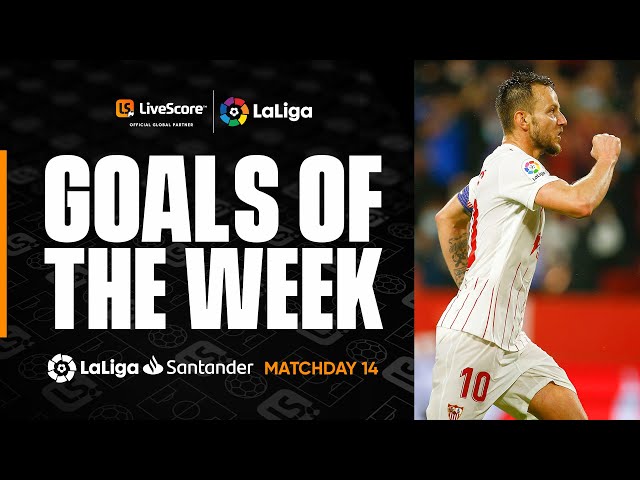 Lyon concede defeat to United in pursuit of Malacia