It is all to play for in Sunday’s Basque derby as leaders Real Sociedad look to keep their title challenge on track with victory over fierce rivals Athletic Bilbao.

The Dutch coach was sacked following Wednesday’s defeat at Rayo Vallecano, so Sergi Barjuan will be in the dugout when the Blaugrana host Alaves on Saturday night.

Both Sociedad and Bilbao have only suffered one defeat this season and they meet in a huge derby clash at the Reale Arena.

Though Athletic are undefeated on the road in 2021-22, they have not won on any of their past four visits to their old foes.

The visitors boast the best defensive record in the division having conceded just six goals but the hosts have kept seven clean sheets, five of them at home.

Elche will be hoping for a repeat of this fixture last season when they held Real Madrid to a 1-1 draw.

After an imperious start which saw them win five and draw one of their first six games, racking up 21 goals in the process, last week's 2-1 victory away to Barcelona in El Clasico was Los Blancos' only success in their past four domestic games.

Elche are winless in three but have not lost on home turf since May — even if they have drawn four of their last five at the Estadio Manuel Martinez Valero.

Sevilla will look to remain among the LaLiga pacesetters as they take on high-flying Osasuna in Andalusia.

Having conceded seven from 8.9 expected goals against, only Bilbao have a better defensive record than Sevilla.

Osasuna sit seventh with four of their five wins coming by one-goal margins and five clean sheets in 11 games, including one in the draw at Real in midweek.

Sevilla have won the last three meetings between these sides, so will fancy their chances of securing another victory.

That was their third of the season and left them ninth in LaLiga. Now they will look to bounce back against an Alaves side who have won three of their last five games.

Barcelona B head coach Sergi will take charge of the Blaugrana for this encounter with the division’s second-lowest scorers — the Babazorros have managed just five goals so far after failing to find the net in six out of 10 matches.

Betis sit two places above Atleti in fourth and have won five of their last six on the road in all competitions.

Despite not losing at the Wanda Metropolitano in LaLiga since February, Diego Simeone’s team have failed to win either of their previous two matches there, losing 3-2 to Liverpool in the Champions League then drawing 2-2 with Real Sociedad.

Manuel Pellegrini’s visitors thrashed Valencia 4-1 in midweek to make it three straight league victories and they have only failed to score in one of their last eight away outings. 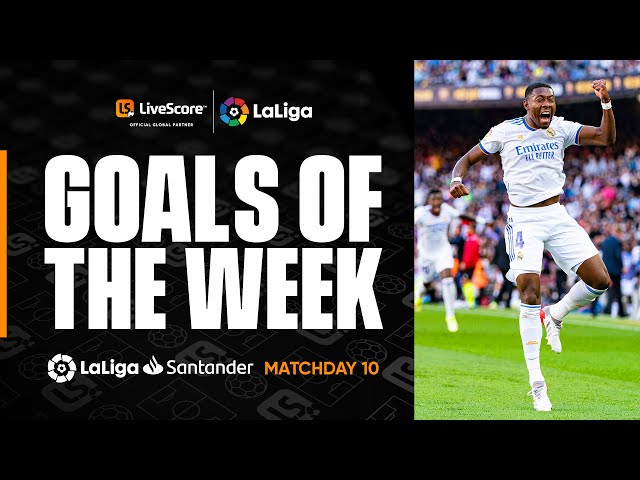