In Focus: The Premier League stars who lit up Matchday 34

Manchester City and Liverpool continued their relentless pursuit of the Premier League title with precious wins on Matchday 34.

The Citizens made light work of Watford in a 5-1 rout, while Jurgen Klopp’s Reds were made to battle before eventually seeing off struggling Merseyside rivals Everton 2-0 a day later.

Elsewhere, Arsenal seized the initiative in the top-four race thanks to Tottenham’s slip-up and Burnley’s unlikely resurgence continued with a precious victory over high-flying Wolves.

Before Crystal Palace and Leeds’ clash will rounds off the weekend action this evening, check out LiveScore’s five players that shone the brightest in the latest set of fixtures.

There can only be one place to start, with infrequent starter Gabriel Jesus reminding Pep Guardiola exactly how important he could prove to be in the Citizens’ run-in.

Given only his 17th league start of the season — and with it a rare opportunity as a central striker — Jesus put on a finishing clinic, netting four times against the hapless Hornets.

He then picked out Rodri for a stunning volleyed third before taking his own personal tally to four in the second half courtesy of a penalty and another cool finish.

Linked heavily with a summer move to Arsenal in recent days, it was a performance which surely only enhanced the value of City’s underappreciated No9.

After the leaders laid down the gauntlet on Saturday, Liverpool simply had to respond with victory over local rivals Everton — and popular full-back Andrew Robertson proved to be the unlikely hero.

The dependable Scot is far from prolific but picked a sublime moment to produce only his seventh Reds goal, ghosting in at the back post to head Mohamed Salah’s cross past Jordan Pickford.

Up until that point it had been hard work for the usually irrepressible hosts, who had been kept frustratingly quiet by a dogged Toffees side fighting for their lives.

Frank Lampard’s visitors posed a threat on the break too, with Robertson’s alertness preventing Alex Iwobi from tapping home Dele Alli’s cross before Divock Origi’s strike then made sure of the points.

Robertson, 28, has played 40 times in all competitions this term and continues to be a pivotal figure in the Merseysiders’ push for an unprecedented Quadruple.

Fringe forward Matej Vydra netted one of the most valuable goals of his career as Burnley beat Wolves to leap out of the Premier League relegation zone.

The Clarets’ form since the surprise sacking of legendary boss Sean Dyche has been remarkable, with seven points from a possible nine now giving them genuine hope of survival.

Czech striker Vydra, 29, only got the nod from interim boss Mike Jackson when Maxwel Cornet failed a late fitness test — earning only a fourth start of the campaign.

However, the forward showed no signs of rust when expertly checking his run to slam home Wout Weghorst’s pullback and send Turf Moor into raptures.

Speaking at full-time, Vydra said: "I don't think I would have started but hopefully I have done everything right today. We only have one target and that is staying up."

Not so long ago, Newcastle forward Joelinton was regarded as a £40million flop but the Brazilian now looks right at home on Tyneside.

A shuffle back into an attacking midfield berth has worked wonders for the 25-year-old this term, yet it was a return to his old role of centre forward which saw him cause rock-bottom Norwich no end of issues.

Asked if it could be a permanent return to leading the line for the ex-Hoffenheim man, boss Eddie Howe said: "I'm very open-minded. I think Joe can play anywhere in those front positions and, obviously, as an attacking midfielder as well.

"I would never say that's his position and where he's going to stay. Today, he showed his versatility and the importance of his role in the team. I wish I had a few more like him!"

Southampton’s hopes of a top-half finish are still alive after a magnificent brace from their captain James Ward-Prowse earned a comeback 2-2 draw at Brighton.

The talismanic midfielder only seems to score glorious goals, with his clever low free-kick deceiving Seagulls stopper Robert Sanchez before a fizzing low drive from 20 yards grabbed a point on the South Coast.

Ward-Prowse is widely considered the division’s best set-piece taker and the stats certainly back that up.

His 14 Premier League free-kicks are only bettered by the 18 of Manchester United legend David Beckham, and that record is well within his grasp judging by his current trajectory.

With nine strikes this term so far, Ward-Prowse’s enhanced goal threat could make him an attractive option for some of the top flight’s leading lights this summer. 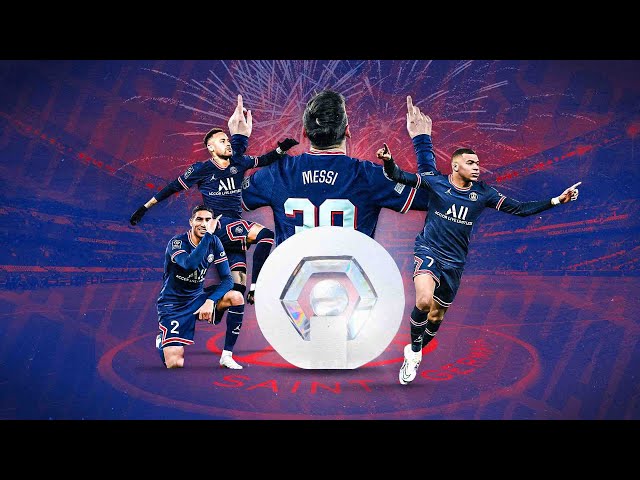