Plying their trade against some of the world's brightest stars, Premier League footballers are living their childhood dreams.

But while many went straight from academies to the pinnacle of the English game, some have had to roll up their socks and clamber their way up the pyramid one 50-50 tackle at a time.

Check out our XI made up of players who went from non-league to Premier League below — lining up in a 3-4-3 — and let us know if you agree with our selections.

Joe Hart began his career with hometown club Shrewsbury, making his debut a day after his 17th birthday in the National League.

The Shrews made it back to the Football League at the first attempt and by the 2005-06 season the stopper was a first-team regular in League Two.

Hart was snapped up by Manchester City for £600,000 just three years out of the academy and went on to win two Premier League titles, four Golden Glove awards and 75 caps for England.

Football was not Chris Smalling's only sport having been named a national judo champion in his youth before taking up the beautiful game full-time.

Smalling impressed in the Isthmian League Premier Division and earned a move to Premier League Fulham as an 18-year-old, completing his rise by moving to Old Trafford 18 months later.

Racking up 31 England caps, two Premier League titles and a Europa League crown, the defender has certainly made the most of his opportunity.

Max Kilman spent time in Fulham's academy but ended up playing for Welling United, Maidenhead and Marlow while juggling a career in futsal — winning 25 England caps.

An impressive 2017-18 season in the National League saw Wolves swoop and after proving himself in the Under-23s, the centre-back has become a first-team regular at Molineux.

Tyrone Mings’ football journey took an early hit when he was released by Southampton's academy after their funding was cut when he was 16.

He earned a football scholarship at the prestigious Millfield School in Somerset, which is known for developing athletes.

Working as a bartender and mortgage advisor while playing for Yate Town, he considered quitting the game before securing a move to Chippenham.

Championship Ipswich snapped him up from the Southern League outfit and Mings' performances earned him a move to Bournemouth and ultimately Aston Villa, where he has come on leaps and bounds and made the England team.

Yannick Bolasie began his professional career with Southern Division One side Hillingdon Borough before moving to the Maltese Premier League with Floriana.

That spell earned him a chance with Championship Plymouth before Bristol City swooped when the Pilgrims were relegated in 2011.

Bolasie finally made it to the promised land after helping Crystal Palace in 2013 and spent six seasons in the top flight with the Eagles and Everton, managing 11 goals and 17 assists in 119 appearances.

Vinnie Jones began his career playing amateur football as a teenager before being handed a semi-professional contract with Alliance Premier League Wealdstone in 1984.

A brief spell in the Swedish lower leagues followed before he got his big break when Wimbledon offered him a first professional contract as a 21-year-old.

A member of the infamous Crazy Gang, Jones was a key part of the side who stunned Liverpool in the 1988 FA Cup final.

Going on to enjoy spells with Leeds, Sheffield United and Chelsea, Jones got his first taste of Premier League football with the Blues in the 1992-93 season before spending six top-flight campaigns with former club Wimbledon.

Incredibly, Jones' rise did not stop there as the nine-cap Wales international ended up as a successful Hollywood actor.

After unsuccessful trials at Aston Villa and Cardiff, Bowen ended up at Hereford as a scholar and broke into the Conference Premier side's team aged 17.

Hull swooped and two seasons later Bowen played seven league games as the Tigers were relegated from the top flight.

Thankfully, that was not his last taste of the promised land and after starring in the Championship, West Ham signed Bowen and he has gone from strength to strength since with an England debut surely on the cards.

A career in football almost never happened for Stuart Pearce as after a failed trial at QPR and rejection from Hull, he trained as an electrician.

He spent five years with local non-league side Wealdstone and his performances saw Bobby Gould pay £30,000 to bring him to top-flight Coventry.

Psycho was at Nottingham Forest for the birth of the Premier League in the 1992-93 season and racked up over 200 appearances in the competition in spells with Newcastle, West Ham and Manchester City, as well as 78 England caps.

From Stocksbridge Park Steels to Premier League winner, Jamie Vardy's tale is the ultimate rags-to-riches story, which is set to be made into a Hollywood biopic.

The Leicester legend was released by Sheffield Wednesday at 16 and he ended up playing for £30-per-week at Stocksbridge.

Halifax paid £15,000 for his services in 2010 and a year later Vardy was leading Fleetwood to the Football League with 31 goals in the Conference Premier.

Championship Leicester had seen enough and paid what now looks a bargain £1million for the speedster, who fired them to promotion and ultimately the Premier League title in 2016.

Vardy has over 100 top-flight goals and 26 England caps after fighting his way to the top.

Arsenal legend Ian Wright started his career with Bermondsey Sunday League team Ten-em-Bee before a move to Greenwich Borough, where he was soon scouted by Crystal Palace.

He signed a professional deal in August 1985 at the age of 21 and spent seven prolific seasons with the Eagles.

Arsenal came calling in 1991 and Wrighty banged in 24 in 30 games in the final season of the First Division before smashing home 113 Premier League strikes in 213 appearances for the Gunners and West Ham.

Winning the Premier League in 1998, earning 33 England caps and going on to enjoy a successful career as one of the country’s best-loved pundits, Wright’s rise is one for the ages.

After making his first-team breakthrough with London side Tooting and Mitcham at 17, Michail Antonio soon earned a move to Championship Reading.

After several loan spells in League One he moved to Sheffield Wednesday and Nottingham Forest, where his performances caught the eye of West Ham.

In 2020, Antonio became the first Hammers star to score four goals in a league match since David Cross and the forward has also found the net three times in six caps for Jamaica. 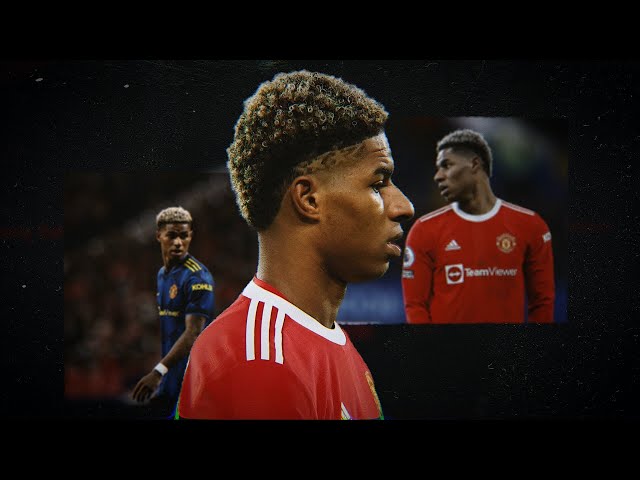