In Focus: Red-hot Mitrovic is Ful of hope for a Premier League return

Aleksandar Mitrovic sent the travelling fans into a frenzy last night by scoring a late winner against Portugal to secure Serbia's place at the 2022 World Cup.

The Fulham striker, 27, powered a header past Rui Patricio in the 90th minute to ensure the Serbs topped Group A.

They won six of their eight qualifiers, with Mitrovic scoring eight goals along the way.

And the in-form hitman will now be fully focused on improving his current tally of 20 strikes in the Championship — starting with the visit of Barnsley on Saturday.

Read on as we take a look at how the former Newcastle man has the Cottagers on course for an immediate return to the top flight.

Mitrovic's record simply cannot be ignored — he is currently seven goals clear of Blackburn's Ben Brereton to finish the campaign as the second tier's top scorer.

To put that into context, he bagged 26 goals in total during his last spell in the division in 2019-20.

Mitrovic's ability to be decisive and clinical in front of goal has emerged from his powerful presence and composure in the box.

Only five of his goals this term have come from headers, which is surprising considering his stocky build and dominance in the air.

A further 13 have come with his favoured right foot, with his left responsible for just two.

Mitrovic has a reputation for being aggressive and playing with a fiery appetite — he has missed 25 games through suspension so far in his career.

Mitrovic is undoubtedly one of the best strikers in the Championship.

He has shown a tremendous amount of character to bounce back from a poor Premier League campaign under Scott Parker.

The Partizan youth product only registered three goals and three assists in the top division last season but has more than proven his worth to the Cottagers this term.

Having suffered from coronavirus earlier in the year, Mitrovic has continued to fire.

Given his form at Championship level, it is no surprise he was handed a new five-year deal in 2019.

And his commitment to Fulham's bid to eventually become an established top-tier club has helped ensure somewhat of a cult hero status among the Fulham faithful.

Success on the pitch is often followed by attention in the media and Mitrovic is no exception.

His stellar performances in a white shirt have generated both positive and negative feedback from pundits.

Andrews said: "He’s clearly enjoying his football. He signed that new contract, which in one aspect makes me think about his ambition because I do think he’s better than this level.

"He’s far better, he shows that every week. As soon as he brings his quality to the table, he scores goals."

It is hard to disagree with that verdict — Mitrovic had a great first season with Fulham in the Premier League, scoring 11 goals in 2018-19.

And current Cottagers boss Marco Silva could not talk more highly of his marksman.

He said: "Mitrovic is a really important player for us. For him to score and for him to be in the right spots, everyone is working really hard for him as well.

"Of course, if you can have a player in the squad that can score goals and he has this ability, it will be a big help for us."

A return to the top?

Fulham fans may well witness Mitrovic plying his trade in the Premier League again next season.

The Cottagers sit second in the Championship, trailing Bournemouth and ex-boss Parker by only two points.

If Mitrovic can continue his impressive goalscoring form, the Londoners are as good as nailed on to secure automatic promotion.

It would be Fulham's third promotion in five seasons. And with the star striker firing on all cylinders, Silva's side could well be a nuisance to the Premier League's elite. 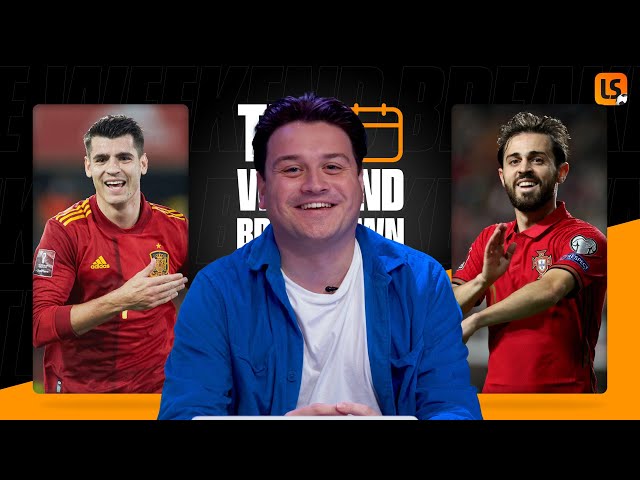