Cristiano Ronaldo goes in search of the goal needed to become the leading scorer in European Championship history as Portugal face Hungary in Budapest.

The Juventus forward, 36, has netted nine times since debuting at Euro 2004 and another strike would see him surpass French legend Michel Platini.

Even more important will be a good start for reigning European champions Portugal, who have been placed in the 'group of death' alongside world champions France and 2014 World Cup winners Germany.

Hungary will rue their misfortune at being placed in a group with three stellar sides — particularly as they arrive at the tournament unbeaten in 11.

Wins over Turkey, Serbia and Iceland are the pick of that run, while a 3-3 draw with Poland in a 2022 World Cup qualifier in March leaves the Magyars second to England in UEFA Group I.

Portugal, meanwhile, have lost just two of their last 29 in all competitions — a run stretching back to September 2018.

A pair of goalless draws against Spain, as well as 4-1 and 3-2 wins over Croatia in the Nations League, suggest Portugal are not to be underestimated.

However, a 1-0 defeat to France last November will serve as a warning.

Dominik Szoboszlai’s injury means Hungary are without their star man but their strength lies in their unity and teamwork.

One player who typifies that more than most is striker and captain Adam Szalai, 33, who was exiled from the Hungary set-up in 2013 after giving a brutally honest press conference in the wake of an 8-1 defeat to the Netherlands.

However, the Mainz striker, who has scored 23 times in 71 caps, was reinstated to the national side when Pal Dardai was appointed in September 2014 and has not  looked back.

Szalai scored just one Bundesliga goal for his club in 2020-21 — the winner against Werder Bremen in April — but struck twice in World Cup qualifying in March to underline his importance to Hungary.

It would be too easy to anoint Ronaldo, Portugal’s leading scorer with 104 goals, as the key man.

Instead, we will shine a light on the part played by Bruno Fernandes.

The Manchester United maestro simply cannot be ignored after a stunning 2020-21 campaign at Old Trafford — his first full season in England.

A return of 18 Premier League goals and 12 assists make the 25-year-old one of the division's most dangerous creators and Portugal will hope he carries that form into the tournament.

No one in England’s top flight could match his 168 shot-creating actions but his quality goes beyond his ability with the ball at his feet.

Fernandes was second in the league for pressures (718) over the course of the season and third for progressive passes (227).

He is the very definition of an all-round midfielder and someone who will carry the torch for Portugal long after Ronaldo has hung up his boots.

There is no doubting who Portugal’s star man is but Sporting wing-back Nuno Mendes could play an integral role.

With Ronaldo so strong in the air, the 18-year-old’s attacking quality could prove crucial for Fernando Santos’ men.

Portugal’s wingers — likely to be two from Diogo Jota, Bernardo Silva and Joao Felix — tend to drift infield, creating space for Mendes to overlap down the left.

The youngest player to turn out for Sporting’s first team since Ronaldo, the teenager’s crossing ability is what sets him apart going forward.

Capable of beating a man in one-vs-one situations, Mendes is also no defensive slouch.

Finding a way through

Hungary’s ambitions will be limited, particularly in their Group F opener, meaning it will be over to Portugal to find a way to break down their opponents.

They are likely to deploy a back three of Endre Botka, Willi Orban and Attila Szalai, leaving the Portuguese needing to find gaps between the centre-backs and wing-backs.

Manchester City schemer Silva is one of Europe's best when it comes to finding and manipulating space and his ability to pick apart defences could be key.

The 25-year-old managed 3.49 shot-creating actions per 90 in the Premier League last season and was behind only Kevin De Bruyne (12) and Raheem Sterling (seven) for league assists.

Portugal’s firepower is what makes them such an intriguing proposition at this tournament — and they might have to use all of it to break down a resolute Hungary. 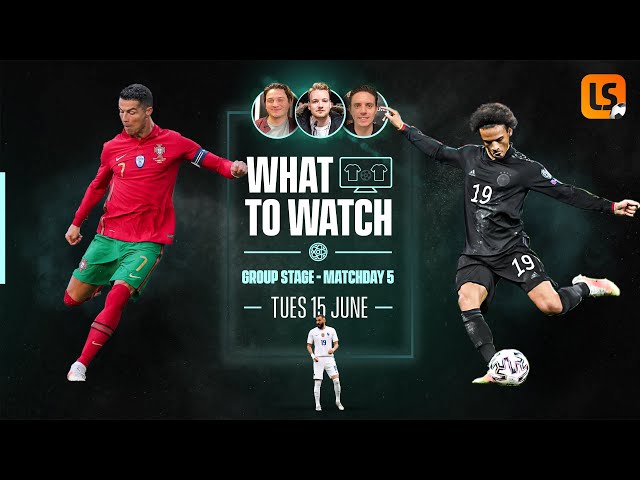 In Focus: How Ronaldo leads Portugal’s world-class stable of forwards