LiveScore is the place to be for unbeatable Euro 2020 coverage.

By sticking with us, you will find a daily range of content to keep you up to date with all the latest news before, during and immediately after the tournament.

Along with in-depth team and group guides, we will bring you match previews, reports and reaction from every game.

There will be regular features to enjoy, including flashbacks to iconic moments from past European Championship tournaments and a transfer diary keeping you up to date with all the potential moves featuring players performing at their best.

We'll also have a wide range of exclusive videos to keep you in the know about all the big games coming up. So let's begin by giving you some of the some highlights. 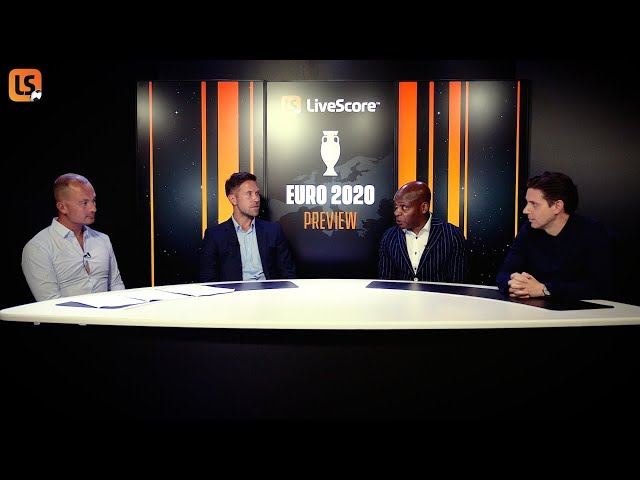 And we are are delighted to announce that former England and Manchester City star Joleon Lescott is joining the team to give his unique insight in a regular column.

Capped 26 times by his country, Lescott is perfectly placed to be our tournament pundit having played and scored at Euro 2012.

He also won the Premier League twice and lifted both the FA Cup and League Cup during a successful spell with City.

Sam Tighe, Jack Collins and Dean Jones are with us to provide daily video previews throughout Euro 2020.

Focusing on the day’s games, headlines and players to watch, the popular trio will turn the spotlight on facts, stats and big talking points as the tournament progresses.

To get the ball rolling, Gary Lineker, Mark Hughes and James McFadden run the rule over the hopes of England, Wales and Scotland.

Lineker believes the Three Lions are genuine tournament contenders for the first time in a decade, while Hughes has urged Wales to get off to a flying start against Switzerland.

And McFadden is confident his fellow Scots can pull off a shock or two as they bid to emerge from Group D, which also features England, Croatia and the Czech Republic.

There will be much more to tell you about once Euro 2020 kicks off.

But we think you will agree we have a match-winning line-up for you to enjoy throughout what promises to be a thrilling tournament.

So sit back, put your feet up and get ready for a feast of football this summer.