Steve Cooper cannot wait to manage Nottingham Forest in the Premier League — but things could have played out very differently at Wembley yesterday.

A Levi Colwell own goal was enough to end Forest's 23-year exile from the top flight as Cooper's men held on to win the Championship play-off final 1-0.

While Cooper and Co celebrated long into the night, the Terriers were left ruing what could have been had two strong penalty shouts not been waved away by ref Jon Moss.

Cooper, 42, said: "I'm really pleased for the players and the supporters. I think we played well in the first half.

"Of all the good goals we've scored this season, we get one [the own goal] like that — but it doesn't matter. And we managed to see it through.

"Everyone connected to this football club deserves this. We're looking forward to a positive future. We've taken over Wembley today and are in the Premier League."

Former centre-back Michael Hefele, who played for both clubs before retiring, was quick to claim glory had been snatched from the Terriers.

Covering the game for Sky Sports, he said: "Huddersfield were robbed. The VAR is here. If you don't give the penalty for the first one, you have to give this one [the second] as you know you made a mistake for the first.

"If the ref can't see it and his team can't see it, which is poor, we have got VAR for such a big game and they have to see it."

Zinedine Zidane's stunning left-foot volley in the 2002 Champions League final has been commemorated by the re-release of the boots he wore during the game.

The clash between Bayer Leverkusen and Real Madrid at Hampden Park will forever be remembered for Zidane's match-winning strike on the stroke of half-time.

His sublime goal secured a 2-1 win for Real and was the highlight of an action-packed encounter that had earlier seen Raul's opener cancelled out by Lucio.

To celebrate that famous day, the adidas Predator Mania footwear the Frenchman donned has been recreated and is now available for budding Zidanes to purchase. 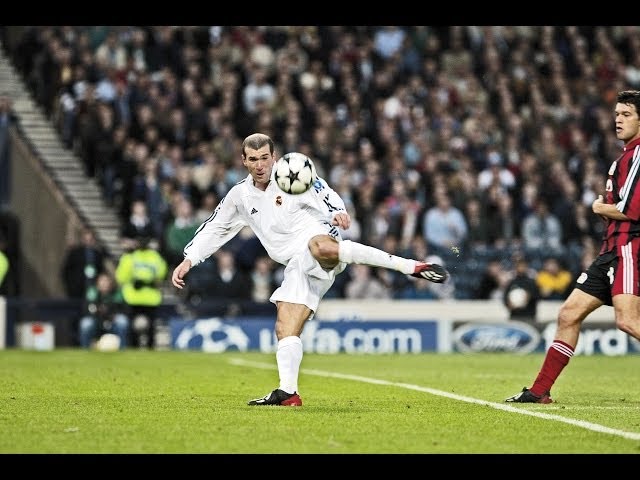 Ben is Gunner miss out

Arsenal defender White, 24, is injured and will continue his rehabilitation with his club.

Having played in Liverpool's Champions League final defeat to Real Madrid on Saturday night, Trent Alexander-Arnold is also due to link up with his international team-mates then.

After losing the Champions League final to Real Madrid the night before, the Reds toured the city's streets to celebrate winning the Carabao Cup and FA Cup during a remarkable season in which they chased an unprecedented Quadruple.

A delighted Klopp said: "Lose the Champions League final the night before and the people arrive here in the mood they are.

"It is absolutely outstanding. This is the best club in the world.

"Yes, we lost the last two trophies [the Premier League and Champions League] but these people don't forget.

"They know exactly what shift the boys put in. It is such a boost for everything that will come."

Thiago Silva believes Chelsea can look back on 2021-22 with pride — but the veteran centre-back wants more next season.

Silva, 37, was one of Thomas Tuchel's outstanding players during a campaign that saw the Blues lose the Carabao Cup and FA Cup finals to Liverpool but lift the European Super Cup and Club World Cup.

Throw in finishing third in the Premier League to secure Champions League qualification and most sides would jump at the opportunity to swap their achievements for Chelsea's.

But Silva and his team-mates are determined to do even better now that the club's ownership saga is nearing an end.

The Brazil international said: "In general, it was a good season — not excellent.

"We were in the top three and over the course of the campaign we had a couple of cup successes and we lost a couple of cup finals. It’s not what we wanted but it was OK.

"Obviously, we won the Champions League in 2020-21 and now I have the Premier League in mind.

"That’s not discarding the Champions League, or any other competition in any way, but the Premier League is the one I really want to win."