FA Cup Saturday preview: Your guide to the key matches

This Saturday marks one of the most hotly anticipated days in the English football calendar as the FA Cup third round takes centre stage.

Famous around the world for its iconic giant killings and magical moments, plenty more lower league sides will be hoping to enjoy their own small slice of history against superior opposition.

We have picked out nine of the best fixtures from Saturday’s slate below.

Burnley need to be at their best to ensure a tough campaign does not go from bad to worse when they host high-flying Huddersfield.

The Clarets have only won one of their 17 Premier League clashes this term and welcome a Terriers side who have impressed in the Championship recently, sit inside the playoff places and are unbeaten in six outings.

History certainly favours the home side, with Sean Dyche’s side having won their last three third-round clashes while the visitors have lost their last four in the competition — Burnley have also knocked Huddersfield out on four previous occasions.

Patrick Vieira will hope to extend his on-field success in the FA Cup into his managerial career as his Crystal Palace side face a tricky London derby with Championship Millwall.

It will be the first meeting of any kind between these two rivals since April 2013, with the Lions looking to inflict a third consecutive round three exit on their Premier League visitors.

Eagles boss Vieira won the competition five times as a player with Arsenal and Manchester City and can look to Palace’s 2016 run, where they were edged out 2-1 by Manchester United in a pulsating final, for inspiration.

Though all eyes have been on new arrivals on Tyneside this week, Newcastle will need to be on red alert when League One Cambridge travel north in search of an upset.

The Magpies have progressed from their most recent five FA Cup ties against lower league opposition but they did require replays to overcome both Rochdale and Oxford last term.

Meanwhile, the U’s have history of stunning top-flight opposition having forced Manchester United into a fourth-round replay in the 2014-15 edition and have scored two or more goals in each of the previous three rounds.

Championship promotion chasers West Brom have every reason to believe they can spring a surprise when Premier League Brighton visit The Hawthorns.

The Baggies, searching for an instant return to the top tier following last season’s relegation, took four points from their two league meetings with the Seagulls last season and have only lost one of the last five clashes between the pair.

That Brighton win was a 3-1 away triumph in the 2018-19 FA Cup however and Graham Potter’s side have made it beyond the third round in 10 of the last 12 campaigns.

Struggling Watford are unlikely to receive much respite when they head to current FA Cup holders Leicester in an all-Premier League affair.

The Hornets have lost their last six top-flight outings and are in freefall with former Foxes boss Claudio Ranieri beginning to feel the heat — they have also exited at this stage in consecutive campaigns.

After last season’s unlikely maiden triumph, Leicester will look to avoid being only the second holders to exit at the first hurdle in the last 10 years after Arsenal did so in 2018.

Darrell Clarke’s Valiants made light work of League One duo Accrington Stanley and Burton Albion to keep their names in the hat.

Vale knocked out top-flight pair Everton and Southampton in the 1990s at this stage, though their last seven meetings with top-tier opposition have been unsuccessful.

Thomas Frank’s Bees are on their best run of progressing beyond round three in 73 years, having done so in the last three campaigns.

A slip-up by Everton against Championship Hull could have disastrous consequences for under-fire Toffees boss Rafa Benitez.

The Merseysiders are enduring a tough campaign and have lost their last three away games in this competition — they have not lost four in a row in their entire Football League existence.

Grant McCann’s hosts will need to overcome a rotten club record against superior opposition, however, having not beaten a first division side in 18 attempts when outside the top tier themselves.

Thomas Tuchel is expected to rotate his Chelsea side heavily for the visit of non-league Chesterfield on Saturday evening.

It is a free hit for the travelling Spireites, who are currently top of the National League and will look to become only the third ever non-EFL club to knock out a top-flight opponent in the Premier League era.

The Blues have been FA Cup finalists in four of the last five campaigns and have only lost one of their last 34 contests with non-Premier League sides in the competition, winning 28 of them.

Swansea will feel optimistic ahead of their home clash with Premier League Southampton — but the omens are not on their side.

Russell Martin’s Championship hosts have lost seven of their last 10 meetings with the Saints in all competitions and have only beaten a Premier League side in the FA Cup once in their last 11 attempts.

On the other hand, Ralph Hasenhuttl’s men are supreme travellers in this competition having won nine of their last 14 road trips, losing only twice. 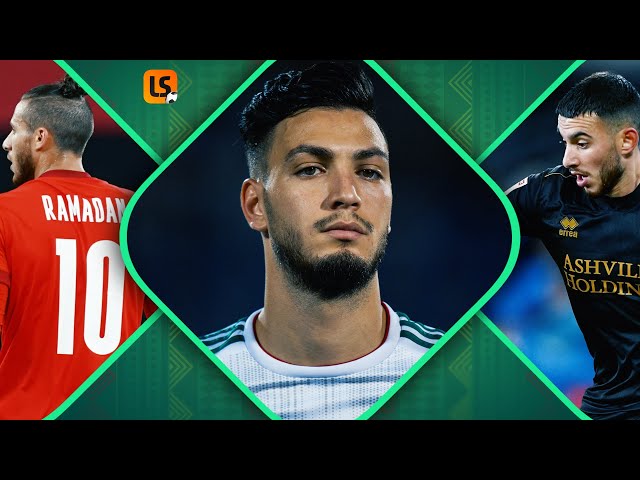