The first full day of Euro 2020 football is finally upon us.

Wales face off against Switzerland in today’s starter, the main course sees tournament debutants Finland tackle Denmark and the dessert is Russia's clash with Belgium, who are one of the favourites to lift the trophy.

Transfers may be on the back burner right now, with players focusing on their countries, but it does not stop the rumours whirling around.

According to Spanish media reports, Eden Hazard is open to returning to Chelsea this summer.

His time in Madrid has been plagued by injury and he has been turned into something of a scapegoat following a number of underwhelming outings for Los Blancos.

If he is able to secure silverware with Belgium, the list of potential suitors for the 30-year-old could well increase.

Hazard is not the only Red Devils star being linked with a return to Stamford Bridge.

Inter Milan find themselves in a bit of a financial pickle. They have already lost Antonio Conte and Achraf Hakimi now looks set to depart the San Siro.

Multiple outlets claim Chelsea want to bring Romelu Lukaku back to the club, seven years after he left.

But they are not the only interested party, with Manchester City also believed to be keen on the powerhouse forward.

Youri Tielemans is another whose future is uncertain.

With just two years left on his deal, there has been talk in the Belgian press that he will leave Leicester due to the club's failure to secure Champions League football.

Liverpool are believed to be keeping tabs on the £60million-rated midfielder as they look to replace Gini Wijnaldum.

The Reds will also have a vested interest in the first game of the day.

Liverpool are looking to raise funds and Xherdan Shaqiri is reportedly on the list of potential departures.

Rumours suggest Lazio want to add the Swiss bulldozer to their ranks and an impressive showing at the Euros will go some way towards boosting his price tag.

Kevin Mbabu, 26, is another Swiss player who could be in the shop window this summer.

The explosive right-back has caught the eye for Wolfsburg over the last couple of seasons and looks to be on the precipice of a bigger move.

Depending on how Wales line up, Mbabu might find himself up against Gareth Bale.

His loan spell with Tottenham finished at the end of the season and there had been talk he would retire after the Euros.

But following the appointment of Carlo Ancelotti, the Welsh wizard might get a second chance in Madrid.

Bale’s 11 goals and two assists in 923 Premier League minutes showed he can still cut it at the very top. 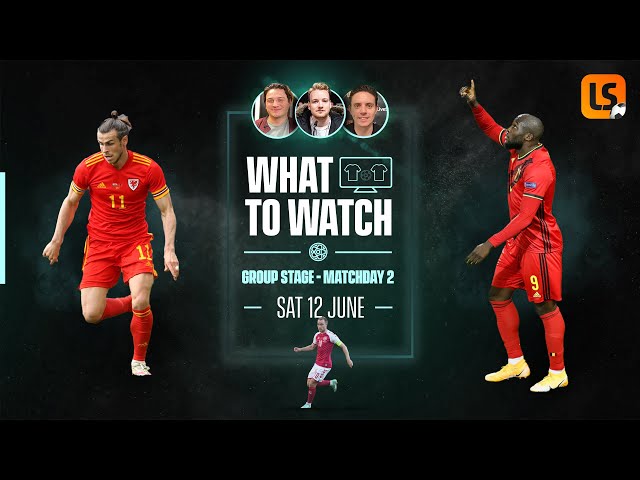 Belgium vs Russia match preview: Battle of the veterans

Denmark vs Finland preview: Scandi clash with potential to ignite