In Focus: The battle to be England's starting right-back

Gareth Southgate has selection headaches throughout his talented England team — but deciding who starts at right-back is becoming a migraine.

Kyle Walker, Trent Alexander-Arnold and Reece James are all in great form at club level and could lay claim to being in the Three Lions XI.

Competition is so high that the ever-reliant Kieran Trippier failed to earn inclusion in the latest squad.

Ahead of Friday’s penultimate World Cup qualifier against Albania, We examine the battle to be England’s starting right-back.

Up to this point, Southgate has usually opted for the more experienced option when choosing his right-back.

It is 31-year-old Walker who has generally got the nod over the more youthful Alexander-Arnold, 23, or James, 21.

Starting all but one of England’s games in their run to the Euro 2020 final, as well as in more difficult World Cup qualifiers against Hungary and Poland, the recent evidence suggests it is Walker's shirt to lose.

But the Manchester City man’s place may be under the most threat it has been for some time.

In Alexander-Arnold and James, he has two of the Premier League’s highest performers breathing down his neck.

Both have been particularly devastating for respective clubs Liverpool and Chelsea this campaign, so much so that it may become difficult for Southgate to continue to justify starting Walker.

On the wealth of competition at right-back, James recently said: "Each one of us has a different style of play.

"Trent's obviously been at the top for quite a few years now and Kyle Walker as well, so the competition's very tough.

"There are other full-backs who are not here as well who are also at a very good level.

"I'm competing with very good players, it's tough and we just have to keep pushing each other."

Such are the demands placed on the modern full-back, it is important to be a threat going forward as well as rock-solid at the back.

And looking purely at goal involvements, Walker is being comfortably outperformed by his rivals.

In the scoring department, James has an impressive four Premier League goals so far this campaign — the same as the likes of Cristiano Ronaldo and Pierre-Emerick Aubameyang.

That compares favourably to Walker, who has not yet struck in the league, and Alexander-Arnold — who has netted just once, albeit a stunning free-kick at West Ham.

Alexander-Arnold has excelled however in goal creation — providing an astonishing seven assists in all competitions.

James has claimed a respectable four while Walker is still awaiting his first assist this term.

Additional attacking metrics show a further gap between Walker and his counterparts.

Alexander-Arnold’s 30 chances created is the second-most in the Premier League. James follows behind on a respectable 15, while Walker is again trailing on just three.

Southgate has been known for his pragmatic approach as England manager, with defensive qualities being one of the attributes he values most highly.

On what he wants from a right-back, Southgate has previously said: "They have to defend well, first and foremost, that’s the bedrock of our team.

"We’ve only conceded five goals in 18 matches, so defensively we’ve not been doing a lot wrong.

"In my opinion, that is the first job of a defender — you’ve got to defend well."

It can be assumed this is why the athletic and lightning-quick Walker is Southgate’s preferred pick.

But interestingly, the stats tell you that it is Alexander-Arnold who comes out on top in multiple defensive metrics.

Liverpool’s No66 has won the most possessions (64) compared to Walker (40) and James (20) in the English top flight this season.

He also comfortably leads the pair on interceptions and clearances completed.

Despite that, James’ Chelsea have conceded the fewest goals in the league and Walker’s City the second-fewest, meaning Alexander-Arnold’s increased defensive responsibility in Liverpool’s shaky backline may have skewed those results.

Southgate has switched between 4-3-3 and 3-4-2-1 formations during his tenure.

All three of the contenders for the right-back berth have featured in the former for their clubs, but Southgate’s use of the latter seems to count Alexander-Arnold out.

In that system, Walker has operated as the right-sided centre-back with Trippier as right wing-back.

Trippier’s role in the system is one easily replicated by James, who is well-versed in playing as wing-back under Thomas Tuchel at Chelsea.

Alexander-Arnold has struggled however and looked uncomfortable in a more advanced position.

That said, the Reds starlet will be encouraged by Southgate’s consistent use of 4-3-3 since Euro 2020 — the same formation used by Jurgen Klopp at Anfield.

What is so often overlooked in the debate is how players have performed in past appearances for their country.

In that regard, Walker has never let England down.

His performances during Euro 2020, for instance, earned him a place in the official team of the tournament.

Alexander-Arnold and James have not quite replicated their club form when they don the white shirt, though they have had fewer chances to impress than Walker.

With only 14 caps since making his debut in 2018 and a failure to pull up any trees when he does play, Alexander-Arnold’s England career has undoubtedly been frustrating.

James, meanwhile, has eight caps but has only completed 90 minutes in two of those games — one being an underwhelming display in England’s goalless draw with Scotland in a stale Euro 2020 group stage encounter at Wembley.

With England’s qualification to Qatar 2022 all but secured and just over a year until the tournament starts, Southgate has plenty of time to try out his different options.

All three are undoubtedly capable of performing for the Three Lions, meaning the old cliche of selection dilemmas being a good problem rings true for Southgate.

By the time the World Cup does roll around Walker will be 32, yet he shows no signs of losing his pace or physicality.

With Alexander-Arnold and James both firmly in contention, it may simply come down to who performs better when given their opportunity in the coming months. 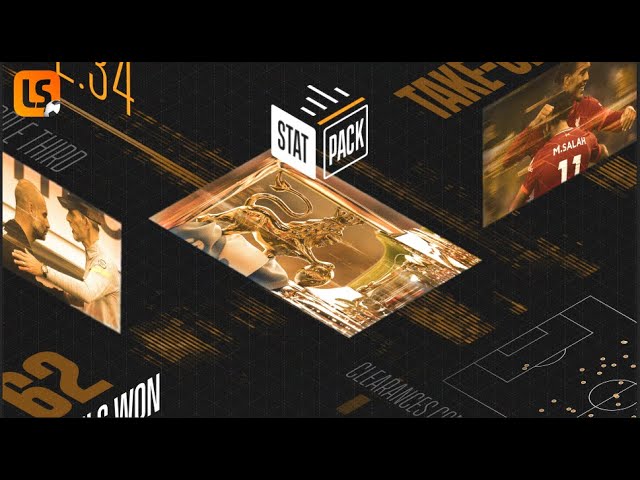 Five goalscorers to watch out for this weekend

Matthaus tells England to start Bellingham in 'every game'

Messi says Qatar 2022 will be his last World Cup

Manchester City vs Southampton predictions: City should cruise to victory on home soil