In Focus: Here's Donny! Why Van de Beek can excel after Ole's exit

Donny van de Beek will have more cause to celebrate Ole Gunnar Solskjaer’s sacking than most — the Dutchman has clocked just 60 minutes of Premier League action this season.

After scoring the last goal of Solskjaer’s reign in Saturday’s 4-1 defeat at Watford, the 24-year-old could be about to enjoy an Old Trafford revival.

With Paul Pogba injured and Solskjaer gone, can he break into the starting XI? And what can he bring to the team if he is afforded a starting berth?

Ahead of Manchester United’s crucial Champions League tie with Villarreal, we focus on the former Ajax man to find the answers.

Many United fans supported Solskjaer until the bitter end, even if they voiced more general concerns.

But one thing they always made their feelings known about was Van de Beek’s remarkable lack of game time.

The Dutch midfielder’s name was regularly sung at Old Trafford as he took his usual place on the bench and there were loud cheers when he was, albeit sparingly, used by Solskjaer.

Speaking last month about Van de Beek’s lack of minutes, Solskjaer said: "He knows he is not frozen out.

"It’s Man United and when a headline player is not playing for Man United, it is always going to make headlines.

"I’ve got plenty of them every week that don’t play, so I don’t have any issues with Donny. He knows what he needs to work on, what we want him to work on."

With Pogba sidelined with a thigh injury, there is a ready-made excuse for interim boss Michael Carrick to put Van de Beek straight into the side.

Pogba's absence means he will not have to cause too much upset by dropping a current starter.

Van de Beek is an ideal replacement and may well prove to be an upgrade on the enigmatic Frenchman based on current form.

He would supply some of the creativity United have lacked in midfield.

In his two seasons at United, Van de Beek has only made four Premier League starts, racking up just 571 minutes in 22 appearances.

It is easy, therefore, to forget what sort of player they signed and why they paid a reported £35million to snatch him from under the noses of Real Madrid in the first place.

At Ajax, Van de Beek was a creative, attack-minded central midfielder. He reached double figures for Eredivisie goals (11) in the 2017-18 season before recording 30 goal contributions (17 goals, 13 assists) in all competitions the following campaign.

In terms of his role, he is a hybrid of United stars Bruno Fernandes and Pogba — a player who can operate in advanced and deeper areas, pulling the strings as well as finishing moves off.

It is feasible that in a well-coached system Van de Beek could play as one of two box-to-box midfielders in a 4-3-3, with Fernandes the other.

There has been a trend recently of top teams using two No8s in very attacking roles. Manchester City deploying Ilkay Gundogan and Bernardo Silva together, for example.

United using Van de Beek and Fernandes in these positions appears very attacking on paper, but the Portuguese’s work rate is higher than often perceived.

Better known for his playmaking ability, Fernandes' heatmap shows he does a lot of work in his own half and he is often United’s most energetic player off the ball.

Part of the rebuild

By the time a new permanent manager is finally appointed, Van de Beek will hope to have proved his worth to Manchester United.

Only last month it was reported he had decided to change agent as he plotted an escape from Old Trafford. Everton, Newcastle and Juventus were all linked.

The Ajax coach has been heavily linked with the United job. If that happens, Van de Beek would again benefit from a change in the United dugout. 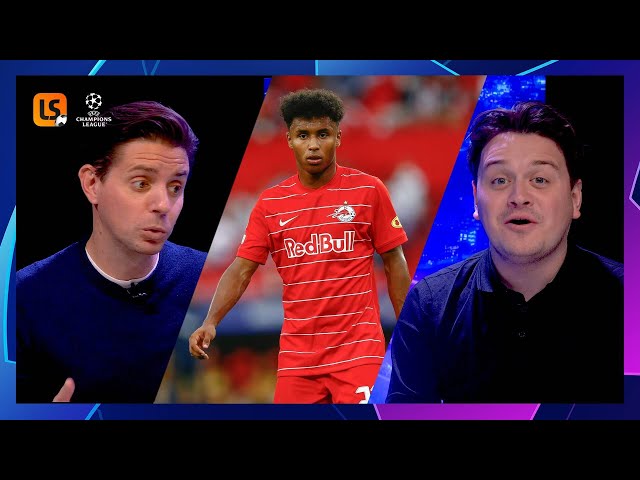