Chelsea and Manchester United meet in a blockbuster clash this Sunday — and excitement is high for the Stamford Bridge showdown.

To whet your appetite ahead of the big match, we have pulled together our LiveScore combined XI from the two star-studded squads.

Our team lines up in a 3-5-2 formation. Be sure to let us know what you think of it by dropping us a line on Twitter.

Even though David de Gea has been one of the only Red Devils regulars to emerge from their torrid start to the season with any credit, the Spaniard does not make our combined XI.

Instead, Chelsea No1 Edouard Mendy gets the nod having dazzled between the sticks since arriving at Stamford Bridge — former Premier League stopper Willy Caballero even described the Senegalese stopper as the world’s best earlier this week.

United right-back Aaron Wan-Bissaka has come under scrutiny in recent weeks for his part in a shaky backline and can have few complaints about missing out here.

Reece James, on the other hand, has been one of Chelsea’s most impressive performers this term and the 21-year-old has already registered four goals and four assists in only nine Premier League appearances.

Age is only a number — or so veteran Brazilian defender Thiago Silva has shown since arriving at Stamford Bridge in August 2020.

Only expected to be a rotation option for Thomas Tuchel this term, Silva has already made 11 starts in all competitions and helped the Blues to eight clean sheets.

One of the great success stories of Tuchel’s spell in London, 28-year-old German international Antonio Rudiger has turned into a colossus under the tutelage of his countryman.

With his contract up at the end of the season, talk is rife over whether Rudiger will remain a Blue for much longer — but while he does, he storms into our combined XI.

The only Manchester United player to feature in our defensive ranks, Raphael Varane has had a frustrating start to life at Old Trafford but remains a worthy inclusion in our side.

While injuries have plagued the World Cup winner in recent weeks, the 28-year-old Frenchman is sure to be a calming presence in a struggling Red Devils defence once fully fit and firing.

The marauding left-back scored three goals in as many games at the start of October and like his team-mate James offers plenty in both directions down his flank.

Although his season has been somewhat stop-start, N’Golo Kante remains one of the most relentless midfielders in world football and adds vital legs to our engine room.

The diminutive Frenchman, 30, has a trophy cabinet to rival anyone and is adored by team-mates past and present for his boundless energy and understated reliability.

Chelsea’s academy starlet Mason Mount is another no-brainer in our combined XI with the England youngster continuing to flourish for both club and country.

At only 22, Mount still has his best years ahead of him but his 19 Premier League goal involvements since the start of last season show the versatile midfielder is already a world-class operator.

Adding an extra bit of creative flair to our midfield trio is Manchester United’s Bruno Fernandes, with few players on the planet boasting an eye for a killer pass like the Portuguese star.

Though Fernandes’ Premier League form has been patchy this term, six assists in just five Champions League appearances highlight the 27-year-old’s impeccable vision and awareness in the final third.

Despite a recent spell on the sidelines with injury, Chelsea’s Belgian bulldozer Romelu Lukaku still earns a place in our combined XI.

The 28-year-old’s £97.5million return to Stamford Bridge dominated the summer transfer window and he will be desperate to remind Premier League defences of his predatory instincts in the coming weeks.

A man who quite simply cannot be left out of any side, Cristiano Ronaldo takes the final spot in our combined XI and is just the third representative from Manchester United.

The Portuguese maestro, 36, has proven himself to be as prolific as ever since returning to Old Trafford and forms a dream strike partnership alongside former Red Devils marksman Lukaku.

What do you think of our combined XI? Let us know on social media. 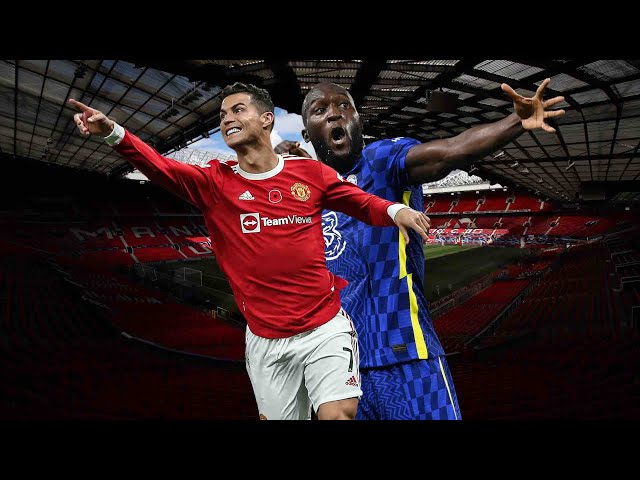