Elsewhere, Barcelona and Manchester United will look to bounce back from losing starts as they face Benfica and Villarreal respectively.

We have all eight of this evening's clashes previewed in detail.

Barcelona travel to the Estadio da Luz hoping to bounce back from a 3-0 humbling by Bayern Munich a fortnight ago, while Benfica will also be looking for a first win of their European campaign.

The Portuguese side will need to buck a worrying trend after losing their opening home games in their last three Champions League seasons.

Benfica won their first-ever game against Barca in European competition — a 3-2 European Cup final win in 1961 — but have failed to triumph in any of the six clashes since.

Meanwhile, Barca will be looking to avoid losing their two opening Champions League group stage games for only the second time in their history.

One man who could make the difference for the Blaugrana is Memphis Depay, who scored in his last two games against Benfica for Lyon during the 2019-20 season.

Bayern Munich have a chance to pull away as Group E leaders with a victory over Dynamo Kyiv at the Allianz Arena.

The Bavarians’ home record in the Champions League group stage is near flawless, winning 32 of their last 34 outings.

The omens are good against tonight’s opponents too, with Bayern winning all four of their previous home encounters with the Ukrainian side — though it is their first meeting since 1999.

A 0-0 Matchday 1 draw with Benfica saw Mircea Lucescu’s side fail to score for the seventh time in their last 11 Champions League outings, so they will need to put that right to have any chance of an upset.

Bayern striker Robert Lewandowski can become the player with the longest winning streak in Champions League history after emerging victorious in his last 17 appearances, while he has been directly involved in a whopping 27 goals across that run (22 goals, five assists).

After being seen as the Group F minnows when the draw was made, Young Boys could make a big leap towards securing a place in the knockout stage with a victory over Atalanta.

The Swiss secured only their second ever Champions League win with a shock stoppage-time victory against United on Matchday 1 and could make it three in a row in the competition after beating Juventus on Matchday 6 of their only previous campaign in 2018-19.

Gian Piero Gasperini’s side will be as tough an opponent as any, however, after a typically entertaining 2-2 Matchday 1 draw with Villarreal saw them continue a record of just one defeat in 10 Champions League group games.

The free-scoring Serie A side have 30 Champions League strikes to their name, with none of them coming from an Italian player — incidentally, none of Young Boys’ six goals in the competition have come from someone of Swiss nationality either.

Atalanta’s Duvan Zapata will be eager to get back amongst the goals after following up scoring in his first five Champions League appearances with an ongoing five-game goalless streak.

The second game in Group F sees a repeat of last season’s Europa League final which saw Villarreal triumph over United on penalties.

That 1-1 scoreline in normal time was the fifth draw in the five European meetings between the pair, with the previous four all ending 0-0.

Following their shock defeat to Young Boys, Ole Gunnar Solskjaer’s side desperately need to avoid losing their first two games of a Champions League campaign for the first time in the club’s history.

Cristiano Ronaldo is in line to make his first Champions League appearance at Old Trafford for the Red Devils since April 2009.

The first-ever meeting between Wolfsburg and Sevilla will see both sides look to claim their first win of the campaign after drawing their openers in a finely poised Group G.

It is Wolfsburg’s first home game in the Champions League since beating another Spanish side Real Madrid 2-0 in the 2015-16 quarter-final first-leg, before eventually losing the tie 3-2.

History suggests there could be goals in this clash, with Wolfsburg’s previous six games against Spanish sides in European competition seeing 22 scored at an average of 3.7 per game.

Meanwhile, Sevilla are winless in their last six games against German opponents, with their last success coming in September 2015 against Borussia Monchengladbach.

But Julen Lopetegui’s side are enjoying an unbeaten streak of seven games away from home in the Champions League and will arrive confident of extending their hot streak.

Much like their Group G counterparts, FC Salzburg and Lille will meet for the first time tonight.

French champions Lille will be out to improve on a record of just one win in their last 14 Champions League matches, with that sole victory coming all the way back in 2012.

Meanwhile, their Austrian opponents have won only one of their nine home games in the Champions League — a 6-2 victory over Genk in September 2019 in which a young Erling Haaland scored a hat-trick on his first competition appearance.

It could be another action-filled evening here, with Salzburg’s games seeing 30 shots on average over their three seasons in the competition — the most of any team in that time.

Lille’s Angel Gomes, formerly of United, could become the first English scorer for a French side in Europe’s elite competition since Chris Waddle for Marseille in 1992.

Two teams who face an uphill task to qualify for the knockout stages ahead of their elite group opponents face off this evening as Zenit Saint Petersburg and Malmo look to bounce back from Matchday 1 defeats.

It will be the first Champions League meeting between a Russian and Swedish side since October 2007.

Both teams have a chance to improve their dismal runs in the competition, with Zenit taking just one point from their last eight group stage matches.

Meanwhile, Malmo have lost 11 of their 13 games in the Champions League — the highest losing percentage (85%) of teams to have played at least 10 games.

Zenit striker Artem Dzyuba could become the first Russian to reach double-figure goals in the competition if he gets on the scoresheet at the Gazprom Arena.

No doubt the most notable tie of the evening will see two-time Champions League winners Juventus face off against Chelsea, who won their second European crown last season.

It will be the first meeting since a resounding 3-0 victory for Juve in the 2012-13 group stage, with a Chelsea win and two draws making up their four encounters in the competition.

But the Blues are now a well-oiled machine under Thomas Tuchel and have only conceded four goals since the start of last season's European campaign, keeping 10 clean sheets and never allowing more than one goal past them in any individual contest.

Despite not lifting the crown themselves since 1996, Juventus’ record against reigning champions is strong, with only Real Madrid (11) boasting more wins than the Old Lady’s seven.

Alvaro Morata misses out on a reunion with Chelsea through injury but Romelu Lukaku will hope to score in successive Champions League games for the Blues after netting on his debut against Zenit. 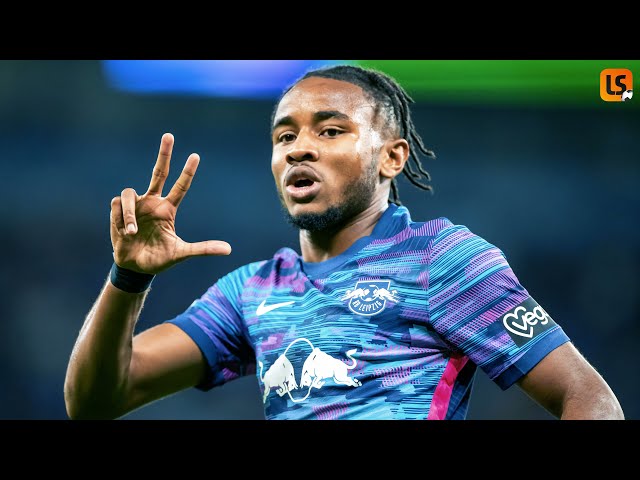