The Champions League returns tonight as the race to secure a place in the knockout stage reaches the business end.

Elsewhere, Xavi’s first European game in charge of Barcelona is against Benfica with qualification to the last 16 still in the balance.

With a knockout place already secured, Bayern Munich can take top spot in Group E if they continue their 100% record in the Champions League when they visit Dynamo Kiev.

The Bavarians have scored 17 goals in their four games this season, the joint-highest by any team in that span alongside Paris Saint-Germain in the 2017-18 campaign.

All history points to a Bayern win, with the Ukrainian champions suffering defeat in five of their seven Champions League meetings against tonight’s opponents, only losing more matches against fellow Group E side Barcelona (six).

Despite that, the 2019-20 champions are winless in their last three trips to Ukraine (two draws, one loss).

After netting in his last eight Champions League games, Robert Lewandowski is looking to become the first player to score nine in a row on more than one occasion, also doing so in August 2020.

Barca legend Xavi will hope to continue the winning start he made on Saturday by securing qualification against Portuguese outfit Benfica.

With second-placed Barca two points ahead of the Eagles, victory at the Camp Nou will see them safely through to the last 16.

And Xavi will become the fifth man to both play for and manage the Blaugrana in the Champions League after Pep Guardiola, Luis Enrique, Ronald Koeman and Sergi Barjuan.

The Catalan giants have lost only one of their five Champions League games against the Eagles — though that did come this season in a 3-0 defeat in the reverse fixture at the Estadio da Luz.

After two goals in that game, striker Darwin Nunez will strive to become only the third player to score three against Barca during a Champions League group stage.

Interim manager Michael Carrick takes charge of his first United game at a crucial stage of their Champions League campaign.

The pair make up first and second in Group F but with chasing Atalanta just two points behind, the Red Devils know they can ill afford another slip-up at the Estadio de la Ceramica.

They will be up against a Villarreal side who are finding their groove in this season’s competition — since losing 2-1 at Old Trafford, Unai Emery’s side secured back-to-back wins against Young Boys to put them firmly in the frame for the last 16.

In fact, the Europa League holders will be looking to win three Champions League contests in a row for the first time.

Cristiano Ronaldo has scored in each of United’s four Group F games this season — no player has ever scored in an English side’s first five matches in Europe's premier competition.

Italian outfit Atalanta are still in the running for a knockout spot ahead of their trip to struggling Young Boys.

Gian Piero Gasperini’s sole victory in the Champions League this season came in a 1-0 defeat of tonight’s opponents and they will look to do the double over a side for only the second time.

The Swiss champions secured an impressive 2-1 win over United in their first game but have lost all three since — they will hope to avoid losing four in a row in the competition for the very first time.

Sevilla are flying high in LaLiga but go into their game against Wolfsburg facing elimination from the Champions League.

The Rojiblancos sit bottom of Group G with two games to go and likely need their first victory of the campaign to stand any chance of qualification.

But the omens are not great for Julen Lopetegui’s men, who are winless in seven games against German opposition (three draws, four defeats).

With Wolfsburg level with second-placed Lille on five points, they will have eyes on reaching the knockout stages for only the second time in their history.

Sevilla midfielder Ivan Rakitic has been involved in five goals in his last nine Champions League games (four goals, one assist) — as many as he had in his previous 44.

FC Salzburg can seal qualification to the knockout stages for the first time with victory this evening but face a difficult task against French champions Lille in a close-run Group G.

The only previous meeting between these two sides ended in a 2-1 win for the Austrian outfit thanks to two penalties from Karim Adeyemi, whose three goals are already the most by a German teenager in the competition.

He is one of six different teenagers Salzburg have fielded this season, while the average age of their starting XI’s this term have been the youngest of any side at 23 years and eight days.

After a 2-1 victory over Sevilla last time out, Lille will be looking to record back-to-back wins in the Champions League for the first time.

With both sides all but through to the last 16, Chelsea and Juventus will battle it out for top spot and a favourable draw.

Juve were 1-0 victors in the reverse fixture, placing them three points ahead of Chelsea at the summit of Group H.

Since defeating the Old Lady in the first ever meeting between the clubs in February 2009, Chelsea are winless in their last four games against the Italian outfit (two draws, two defeats).

Thomas Tuchel’s men will likely use their rock-solid defence as the platform to secure victory tonight — the Blues have conceded the fewest goals (one), shots (18) and shots on target (three) of any team, while they also have the lowest expected goals against total (2.1).

Callum Hudson-Odoi has assisted a goal in each of his last two Champions League games — the last player to do so in three consecutive encounters for the West Londoners was Florent Malouda between November and December 2009.

With Zenit St Petersburg unlikely to catch Chelsea — who are six points ahead of them with two games to go — Europa League qualification is their priority heading to Malmo.

The Russian side ran out 4-0 winners in the previous meeting with the Swedish minnows, who are looking for their first points of the campaign.

In fact, Himmelsblatt have lost their last seven Champions League games with an aggregate score of 29-0 and are one of only two sides yet to score in the competition this season.

If they are to change that tonight it will likely be through Antonio Colak — the Croatian forward has been involved in more Malmo shots (eight) than any other player this season. 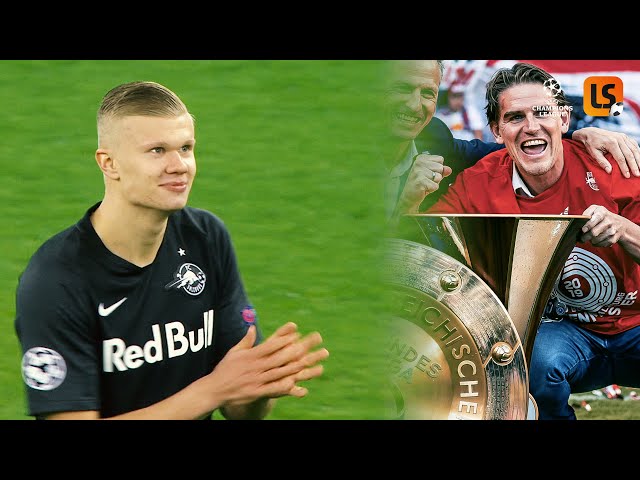