We preview that clash in Group F, as well as the rest of Tuesday’s action, with Chelsea and Barcelona also seeking important victories.

Managerless Barca’s Champions League campaign hangs on a knife-edge as they travel to face Dynamo Kiev.

A Gerard Pique goal was enough to seal an unconvincing 1-0 victory at the Camp Nou a fortnight ago to get the Catalans up and running in Group E but the giants currently sit on their lowest goals return after three games of a single campaign in the competition.

Since that game, Ronald Koeman has been relieved of his duties and they will be looking for their first win under interim manager Sergi Barjuan after a 1-1 draw with Alaves at the weekend.

Historical form suggests that should come, with Barca winning each of their last five games against the Ukrainian champions in a run that stretches back to 2009.

But if they are able to pile more misery on Barca, it would be Dynamo’s first victory against Spanish opponents in 11 attempts, with their last coming in a 2-0 quarter-final win against Real Madrid in 1999.

After a near-perfect campaign so far, Bayern Munich can all but secure qualification to the knockout stages with victory over second-placed Benfica.

The Bavarians have three wins from three so far, scoring 12 goals and conceding none, while they are unbeaten in their last 22 home games in the group stage of the Champions League in a run that dates back to the 2014-15 season.

This will be Bayern’s 500th game across all European competitions, becoming only the third team to reach that milestone after Barcelona (587) and Real Madrid (575).

Striker Robert Lewandowski could also make a landmark 100th Champions League appearance if he plays at the Allianz Arena.

The Polish international’s 78 goals are already the most for a player through their first 100 games in the competition.

Meanwhile, the Eagles are looking for their first away win in the Champions League since October 2018, having failed to win any of their last six games on the road in the competition (D2 W4).

After a dramatic 3-2 victory on Matchday 3, Atalanta and United meet once again as the Red Devils look to take a big step towards the last 16.

United sit top of the group with six points but the Serie A side are only two behind and will have eyes on the knockout stages themselves.

A late Cristiano Ronaldo header sealed the thrilling comeback win, ensuring the superstar has scored in all three of his Champions League games so far this season.

Despite going 2-0 up in the game, Gian Piero Gasperini’s side fell to defeat — making it only one win in five games against English opponents.

Previous form further points in United’s favour, with Ole Gunnar Solskjaer's side having lost only one of their last 11 games against Italian opponents (W8 D2).

LiveScore’s live coverage of Atalanta vs Manchester United kicks off with a pre-match show at 7.25pm. (Available to app users in Ireland only.)

Also firmly in the running for qualification are Villarreal and Young Boys, who face off in Group F’s other game.

With four and three points respectively, either side could hand their chances a real boost with a victory at the Estadio de la Cerámica.

The Yellow Submarine’s 4-1 victory over their counterparts on Matchday 3 — the first ever meeting between the pair — was their joint-biggest victory in the competition and the Swiss side will be out to exact revenge.

Should they do that, it would be Young Boys’ first win in four games against Spanish opponents, while they have not kept a clean sheet against them in their last 10 in a record that stretches back to September 1986.

But Villarreal will be looking to break a similar duck as they hunt for their first home Champions League win since 2008.

Wolfsburg need a victory against leaders FC Salzburg to have any realistic chance of qualifying from Group G.

They got off to a winning start under new manager Florian Kohfeldt against Bayer Leverkusen at the weekend and will be looking to avoid losing three home games in a row for the first time ever in European competition.

Despite having the Champions League’s youngest starting XI this campaign (22y 351d), Austrian side Salzburg have been the standout team in this group and victory will see them secure qualification.

Impressive though they have been, they have also conceded at least once in each of their last 18 away games in Europe, with the last clean sheet coming in December 2017.

Their five scored from set-pieces this season is the most of any other side, though only Malmo (five) and RB Leipzig (four) have conceded more from dead-ball situations than both Salzburg and Wolfsburg (three each).

Despite being winless in the Champions League this season, both Sevilla and Lille still have a strong chance of making it out of Group G if they are victorious tonight.

This will be the fifth meeting between the two sides in European competition, with the French side winning the first two before Sevilla went unbeaten in three against them — including a 0-0 draw in the reverse fixture at the Stade Pierre-Mauroy.

Those two are the only wins Lille have had in 14 games against Spanish opponents in European competition (D6 L6).

Lille’s overall form on the road in Europe is poor having suffered defeats in each of their last four trips away from home.

Both sides will look to improve their goalscoring output this season, with Sevilla’s only two goals this campaign coming from the penalty spot, while Lille’s solitary strike from Burak Yilmaz came from a direct free-kick.

Chelsea need a victory away at Group H minnows Malmo to keep up the pace with Juventus in the hunt for top spot.

With the Blues' only loss in their Champions League campaign coming in a 1-0 reverse by the Old Lady, they can ill-afford another slip up if they want a favourable slot in the last 16.

Following that defeat, Chelsea will be looking to avoid losing consecutive away games in the competition for the first time since 2012 under Roberto Di Matteo.

History suggests this should not be a problem for Thomas Tuchel’s men though, with the last three meetings between these two sides returning a 9-1 aggregate scoreline in the European champions’ favour.

Midfield maestro Jorginho will hope to continue his fine form in Europe. Since the start of last season, only Toni Kroos (17) has initiated more sequences ending with a shot in the competition than the Italian.

Juventus have been up and down in Serie A under Max Allegri but have had no such problems in the Champions League as they welcome Zenit St Petersburg to Turin.

After going three from three so far, Juve will look to win for the ninth time in 10 games against Russian opponents in Europe.

Zenit, meanwhile, are searching for only their second victory against Italian rivals in the Champions League across nine meetings.

All form points to a home win, with Juve winning eight of their last nine games at the Allianz Stadium in the competition.

Federico Chiesa no doubt has a big role to play. The exciting winger has five goals involvements in his last five home games in the Champions League, scoring four goals and providing one assist. 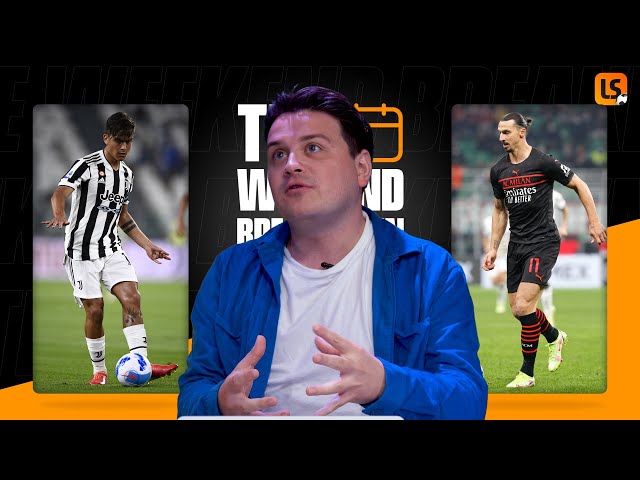