Eight matches are on the menu this evening as the Champions League roars back into action with the start of the 2021-22 group stage.

We bring you the key stats and milestones ahead of tonight's feast of football.

It will be a clash of wise heads on the touchline when Ukrainian champions Dynamo Kyiv host Portuguese outfit Benfica.

The meeting between bosses Mircea Lucescu, 76, and Jorge Jesus, 67, will smash the previous record for the oldest combined age of managers in a Champions League match by a whopping five years.

Lucescu will hope his experience can help the hosts progress beyond the group stage for only the second time in 15 attempts — their sole triumph in that period seeing them making the last 16 in 2015-16 under the tutelage of Sergiy Rebrov.

They will fancy their chances against weak travellers Benfica, who have won only one of their last 11 away games in the Champions League and shipped two or more goals in 10 of those clashes.

The Eagles did win both meetings when these sides were drawn together in the 2016-17 group stage, however, keeping clean sheets in both a 1-0 home win and a 2-0 away success.

Barcelona will look to avenge one of their heaviest ever defeats when Bundesliga champions Bayern Munich visit the Camp Nou in a clash of European powerhouses.

The Blaugrana meet Bayern for the first time since their 8-2 quarter-final defeat in August 2020 — a result which represented their biggest loss in any competition for 69 years.

Barca have lost seven of the 11 meetings between the two clubs in the Champions League, making the Bavarians their biggest bogey team on the continental stage by a distance.

The Germans show no signs of homesickness in this competition either and are currently on a record-breaking 18-match unbeaten run away from home stretching back to September 2017.

Robert Lewandowski will be rubbing his hands at the prospect of another group stage campaign — he has 23 goals in his last 17 such fixtures and has scored eight more Champions League goals (28) than any other player since the start of the 2017-18 season.

Villarreal return to the Champions League group stage for the first time in a decade this evening when entertaining Serie A side Atalanta.

The Yellow Submarine will be keen to avoid a repeat of their previous experience in the 2011-12 campaign when they lost all six outings, scoring only twice and shipping 14 goals to finish bottom of their group.

Home striker Gerard Moreno has 15 career Europa League goals to his name but has yet to make his Champions League bow — he racked up seven goals and three assists in the secondary competition last term.

Atalanta only made their group stage debut in the 2019-20 season but will be looking to progress into the knockout rounds for the third season in a row.

Gian Piero Gasperini’s men will head to Spain confident of getting a result having won five of their last six away ties in the competition — four of which were accompanied by clean sheets.

The Red Devils won both meetings between the clubs in the 2019-20 season, though they have lost a worrying six of their 10 matches in the competition under current boss Ole Gunnar Solskjaer.

All eyes will once again be on new United signing Cristiano Ronaldo, who will equal the competition’s all-time appearance record (177) alongside his former Real Madrid team-mate Iker Casillas if he features.

The hosts are managed by former Huddersfield Town boss David Wagner, who won one of his four meetings with United (L3) when in charge of the Terriers.

In eight meetings with English opposition, the Swiss outfit have only won once — and that was a first-leg qualifying play-off against Tottenham in 2010, which eventually ended in a 6-3 aggregate defeat.

The Spaniards have remained unbeaten on their opener in the last eight continental campaigns and have a boss in Julen Lopetegui that seems to thrive in the Champions League.

Former Spain and Real Madrid boss Lopetegui, 55, has won 10 of the 14 home fixtures he has overseen in the competition and guided his troops to Europa League glory in 2020.

For the visitors, entertainment is normally guaranteed with their Champions League outings averaging 3.7 goals per game — the highest total of any side to play in the competition more than once.

But Salzburg have won only one of their nine European away trips, though that victory did come on Spanish soil against Villarreal back in the 2009-10 Europa League.

Lille need to banish a dire record against German sides to the history books when Wolfsburg visit the Stade Pierre Mauroy.

In European competition, the current Ligue 1 title holders have only won one of nine meetings with Bundesliga opponents, with that triumph coming in 2002 against Stuttgart in the Intertoto Cup.

Home boss Jocelyn Gourvennec is tasked with delivering a first home win in the Champions League for the Lille since October 2006, having failed to take three points from any of their most 11 recent clashes.

Wolfsburg return to the competition for the first time since a memorable effort in 2015-16, knocking out United en route to topping their group before eventually bowing out to Real Madrid at the quarter-final stage.

Their boss Mark van Bommel is embarking on his second Champions League campaign as a manager — he failed to win a game when finishing bottom with PSV Eindhoven back in 2018-19.

Reigning champions Chelsea begin their defence against an opponent they have never previously faced as Russian side Zenit Saint Petersburg visit Stamford Bridge.

The Blues are on an 11-game unbeaten run in the group stage stretching back to December 2019 and need to avoid defeat in their next two outings to equal the competition record, which they set themselves between 2008 and 2010.

On their path to unexpected glory last term, Chelsea kept nine clean sheets in their 13 Champions League outings — five of which came in Thomas Tuchel’s seven games in the dugout.

And the Russians are without a win in their last seven outings in Europe’s premier competition, taking only one point from six clashes in the 2020-21 group stage.

Visiting skipper Artem Dzuyba is an inspirational figure for his side with 13 goal involvements in his last 18 Champions League appearances and needs just one more strike to draw level with Hulk as the club’s all-time top scorer in the competition (10).

Malmo will have to be at their very best to improve a dire group stage record with Italian giants Juventus tonight’s visitors.

The Swedish side have generally found the Champions League too hot to handle, losing 10 of their 12 matches in the modern form of the competition and scoring only five goals while letting in 36.

But their boss Jon Dahl Tomasson has more positive memories — it will be a first competition appearance as a boss for the free-scoring Dane, who played 42 Champions League games in his career and lifted the trophy with AC Milan in 2002-03.

Juve — who were European champions in both 1984-85 and 1995-96 — have lost only one of their last 11 away games in the competition and are undefeated in four meetings with Swedish opposition.

Massimiliano Allegri will take charge of the Old Lady in the Champions League for the first time since April 2019, when he saw his side eliminated by Ajax at the quarter-final stage. 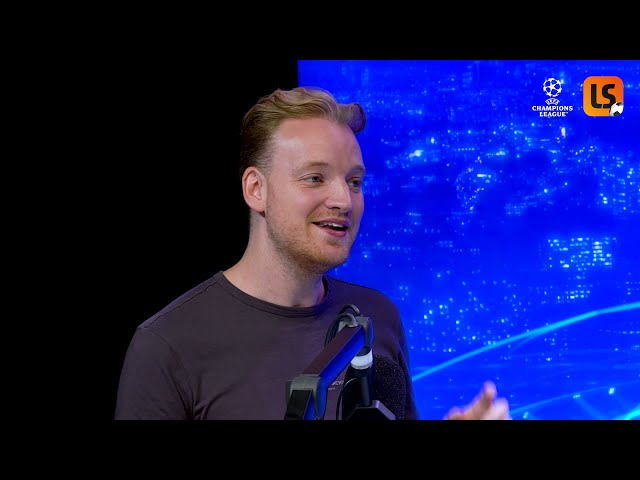