The Champions League group stage is hotting up and Matchday 3 provided us with some of the competition’s most thrilling games so far.

With seven sides hitting four or more goals across 16 matches, there was plenty to enjoy — but who were the standout players from the latest round of European action?

We have picked our LiveScore Team of the Week, showcasing the best performers from the continent’s premier tournament. 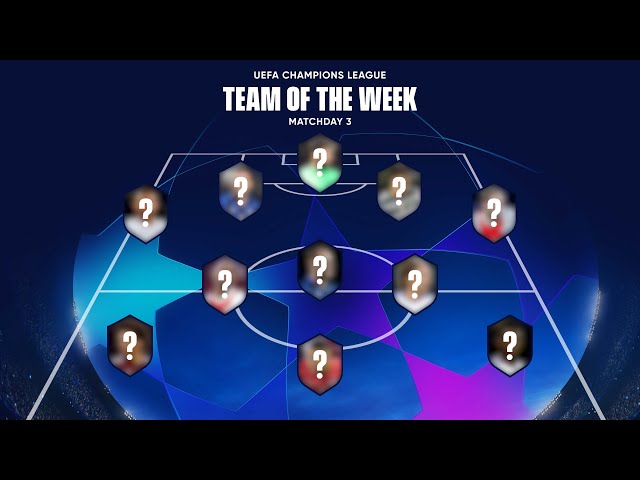 Liverpool’s No1 was back between the sticks after missing Saturday’s 5-0 demolition of Watford — and the Reds needed their first-choice goalkeeper to be at his best against Atletico Madrid.

The Brazilian stopper made three crucial saves as Jurgen Klopp’s men secured a dramatic 3-2 win in the Spanish capital, gaining revenge for their last-16 exit at the hands of Los Rojiblancos two seasons ago.

Joao Cancelo and Kyle Walker got on the scoresheet in the 5-1 triumph, with the England international finishing off a sumptuous Citizens’ passing move for the third goal.

So close but yet so far — Atalanta were on the verge of victory before Manchester United launched a stunning second-half comeback at Old Trafford.

Merih Demiral demonstrated his set-piece prowess as La Dea raced into an early lead — the Juventus loanee rising high to power home a header and double the Italians’ advantage.

Goalscoring centre-backs were the order of the day this week — and Sebastian Coates’ double for Sporting secured the Lisbon side's first group-stage win.

The former Liverpool man scored two almost identical goals in the 4-1 romp at Besiktas, nodding in flick-ons from corners on both occasions.

Results do not come much better than Ajax’s 4-0 annihilation of Borussia Dortmund — and Daley Blind bagged a goal befitting the occasion.

De Godenzonen were already 1-0 up when the ball fell to the ex-Manchester United star on the edge of the box, before he powered a pinpoint drive against the left post and into the back of the net.

Teun Koopmeiners’ accurate first-half corner assisted Demiral’s goal against the Red Devils, but there was plenty more to like about the Dutchman’s performance on Wednesday.

Two chances created, three shots and seven possession regains reflect a player who was at the heart of Atalanta’s positive performance in Manchester.

Ajax pressed Dortmund into submission at the Johan Cruyff Arena and prodigious midfielder Ryan Gravenberch was central to their efforts.

No player won the ball back more times in the final third for the Dutch giants (3), as the 19-year-old put in yet another eye-catching display in Europe.

Age is no barrier to Luka Modric’s continued excellence — and his creative instincts were on show once again in Ukraine.

The Croatian icon, 36, slipped in a sensational through-ball for Vinicius Junior’s first of the night, as five-star Real Madrid took Shakhtar Donetsk apart.

Leroy Sane has not always been at his best since joining Bayern Munich, but he put in a performance to remember in Die Roten’s 4-0 thumping of Benfica.

FC Salzburg climbed to the top of Group G with victory over Wolfsburg and Noah Okafor’s poacher’s instinct played no small part in their second win of the campaign.

The Swiss forward popped up at the near post to score his side’s second, before making sure of the points with another close-range effort 13 minutes from time.

The goal of Matchday 3 came in Kyiv, where Vinicius Junior scored his second of the evening in scintillating fashion.

The 21-year-old weaved through Shakhtar’s defence before lifting the ball into the roof of the net from a tight angle on the left — a masterpiece from the Brazilian starlet.