Giants humbled, sensational scorelines and stoppage-time drama — Matchday 2 of the Champions League had it all.

Europe’s midweek action saw 42 goals scored in 16 event-filled fixtures, with a whole host of outstanding performances on display across the continent.

We have picked out the stars of the round and selected them in our LiveScore Team of the Week. 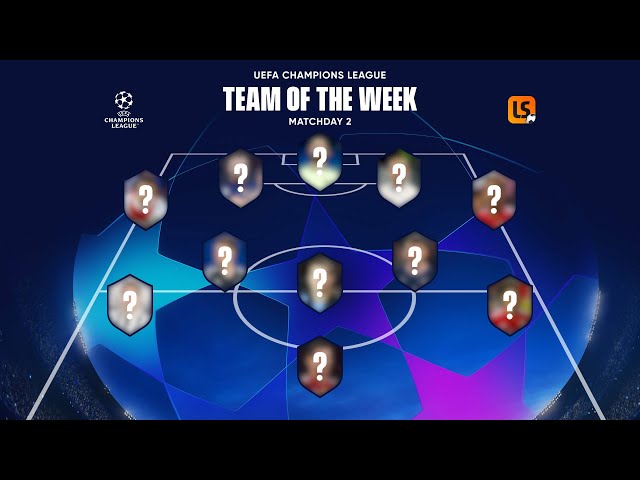 Los Blancos had a remarkable 31 shots at goal with 11 on target but were unable to find a way past the 28-year-old stopper in open play at the Bernabeu.

Noussair Mazraoui was the star of the show as Ajax made it back-to-back Champions League victories with a 2-0 win over Besiktas.

No player made more tackles (four) or won back possession more times in the final third (three) than the 23-year-old Moroccan.

Milan Skriniar’s man-of-the-match performance saw Inter shut out Shakhtar Donetsk in Kyiv but the Nerazzurri will be disappointed not to have claimed all three points.

The Slovakian defender, 26, was an imperious presence at the back in the goalless draw, making two interceptions and completing three clearances.

Zenit Saint Petersburg romped to a 4-0 victory over ten-man Malmo in yesterday’s early kick-off — and Yaroslav Rakitskyi, 32, was central to the second goal of the evening.

His twisting run and cross just after the break was met by Daler Kuzyayev’s looping header, to put the home side in control of the Group H clash.

Alex Grimaldo revealed that he would be open to a Barcelona return this week but he helped Benfica put his old side to the sword last night.

Only three players made more tackles than the coveted left-back (three) at the Estadio da Luz, as the Lisbon giants inflicted a humiliating 3-0 defeat on Ronald Koeman’s men.

Sebastien Thill’s 89th minute strike at the Bernabeu saw Sheriff Tiraspol pull off one of the great Champions League shocks — and the Luxembourgish midfielder secured victory in style.

After smashing home a stunning half-volley from the edge of the box, the 27-year-old said: “It's the best and most important goal of my career, that's for sure."

All the talk ahead of Paris Saint-Germain’s clash with Manchester City was about the Parisians’ attacking talents but Marco Verratti’s defensive efforts were key to PSG’s 2-0 win.

The 28-year-old hounded the Citizens’ midfield into submission, winning back possession an impressive five times in the defensive third of the pitch.

Federico Chiesa is fast emerging as a man for the big occasion — and he delivered once again in Juventus’ surprise 1-0 defeat of reigning champions Chelsea.

The Euro 2020 winner, 23, struck just seconds after half-time with a pinpoint effort after Federico Bernardeschi’s through-ball breached the Blues’ back line.

Written off by many after being drawn in a group with PSG and Manchester City, Club Brugge’s 2-1 victory over RB Leipzig keeps the Belgian side in contention for the next round.

Darwin Nunez was at the centre of Benfica’s historic win over Barcelona as the Uruguayan netted twice against the beleaguered Blaugrana.

The 22-year-old frontman, scored an impressive opener — driving in from the left and deceiving Eric Garcia with a step-over before slotting the ball into the bottom-left corner.

Bayern Munich star Robert Lewandowski is improving with age like a fine wine — the 33-year-old now has a remarkable four Champions League goals in just two appearances this season after his brace against Dynamo Kyiv.

The Polish talisman’s competition total now stands at 77 strikes, with only Cristiano Ronaldo (136) and Lionel Messi (121) ahead of him in the all-time scoring charts.