Youri Tielemans looks increasingly likely to leave Leicester this summer after turning down multiple offers to extend his stay at the King Power Stadium.

The Belgian midfield maestro is approaching the final year of his deal, meaning the Foxes may be forced sell to avoid losing him for nothing.

The 24-year-old has plenty of interest from high up the Premier League table, with Arsenal, Manchester United and Liverpool all reportedly interested in a move.

As he prepares to face the Red Devils on Saturday, we take a closer at what any potential suitor would be getting with the Foxes No8.

Arriving initially on loan from Monaco in January 2019, Tielemans has been integral at the heart of Leicester’s midfield during their rise under Brendan Rodgers.

Registering 18 strikes and 16 assists in 110 Premier League appearances, his exceptional creativity, technique and goalscoring abilities make him a classic modern-day No8.

He also has the penchant for the spectacular — his long-range winner in the FA Cup final against Chelsea last season writing him into Foxes folklore.

The East Midlands outfit have struggled for consistency this term but the Belgian remains an important part of Rodgers' set-up, managing seven goals and three assists in all competitions.

Often acting as Leicester's focal point in the centre of the park, Tielemans ranks highest at the club for a host of key metrics.

They are qualities that will have managers from some of the top teams keenly watching on.

He said last year: "Tielemans is a fantastic player. Tielemans is the kind of player that would suit any midfield and any team.

"He excites you because he does the simple things very, very well — the simple passes from here to there and you look at them and think 'that was crisp, that was nice'.

"That slide pass that sometimes gets cut out doesn't with Tielemans because he is so crisp with his passing. He would fit into any team."

Tielemans' future at the club has been uncertain for some time as he approaches the final year of his Leicester contract.

The 49-cap international has spoken highly of Rodgers after he helped him develop from an exciting prospect into a leading Premier League midfielder.

Yet he appears unwilling to extend his stay at the club at this stage despite several offers.

In September, he opened the door for a potential move by admitting he is "open to everything" when asked about his current situation.

But that does not mean there is any bad blood between the player and his current club, as Rodgers revealed earlier this year.

On the contract stand-off, the Northern Irishman said: "He is at an age and at a stage in his contract where he has to ensure he looks at every option.

"I would love it to be here at Leicester, that is natural, but I understand it's a very short career.

"For players it's about ambition, the challenge and sometimes it's about a different environment. We have seen it before many times.

"With Youri you can see his joy of being here, he loves being here and you have to respect that these guys' careers are short."

Leicester’s failure to reach the Champions League last season appeared a fatal move in their hopes of keeping Tielemans, and it could also have a bearing over where he heads next.

Arsenal are currently edging out Manchester United in the race to seal a place in Europe’s premier competition and it could well see them pip their rivals to Tielemans' signature.

The Gunners have had a renaissance this term and adding the creative Tielemans alongside the more combative Thomas Partey seems to have all the makings of a strong midfield pairing — much like how he sets up alongside Wilfred Ndidi currently.

On the other hand, United’s priority is a more defensive option to protect their back four — something Tielemans is not.

But with Paul Pogba appearing to be on his way out, adding a proven Premier League pass-master like Tielemans in that area would do them no harm at all.

Of course, there is always the chance that Liverpool could blow both out of the water if they decide to make a move.

Midfielders play a key role in how Jurgen Klopp's men operate with their high energy and pressing.

Should the German decide Tielemans is their man this summer, the lure of the Quadruple chasers would surely be too hard to turn down.

The raft of interest does not hide the fact Tielemans has had his critics of late.

Leicester occupying 10th place is poor by their recent standards and some have perceived Tielemans' unwillingness to sign a new deal as a lack of commitment to the cause — pundit Micah Richards even branding him "disrespectful".

There is still plenty to play for though, with the top eight still within reach and a Europa Conference League quarter-final against PSV coming up next week.

If he helps Leicester climb up the table and win a first-ever European title, Tielemans may move on this summer with their best wishes. 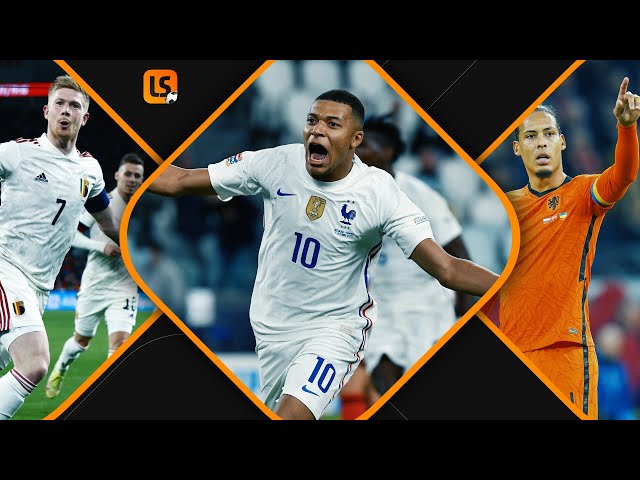