Transfer Talk: William can conquer England after rallying in France

William Saliba is a man in demand after hitting form since returning to his homeland on loan with Marseille.

The Ligue 1 outfit are keen to make the centre-back's move permanent this summer thanks to an impressive run of performances.

But French media claim Arsenal chiefs have already decided Saliba, 20, is the "future" of their defence and are determined to give him a chance to prove himself in the Premier League.

As Marseille prepare to take on Basel in the first leg of their Europa Conference League last-16 tie on Thursday, we take a look at Saliba's form and ask if he has earned a shot in the Gunners' defence.

Saliba is yet to play a competitive game for Arsenal since arriving in the summer of 2019 after returning to Saint-Etienne on loan for a season immediately after his move.

The closest he got to the field was being twice named as an unused substitute in 2020 before spending six months in the Under-23s and ultimately ending the season at Nice.

Having agreed to join Marseille this campaign, Saliba will be three years into a five-year contract before he has had a chance to pull on a Gunners shirt.

Saliba has made 36 appearances in all competitions this term and started all but one game in Ligue 1 having become an essential member of Jorge Sampaoli’s defence.

He has completed nearly 700 more passes than any of his team-mates and also leads the club in interceptions and completed clearances.

The French outfit's president Pablo Longoria has already outlined his intentions to sign Saliba permanently but admitted the talks could be tricky.

He said: "It’s a three-way question. For the player’s owning club — Arsenal, the player, and Marseille.

"We have to see our possibilities. He is very good here, we are very satisfied with his performance. William is one of the best young defenders I’ve seen in my career.

"After all, everything depends on the three parties. It’s a matter of market value. But we have extraordinary relations with Arsenal."

Marseille are one of French football's biggest clubs and — should they qualify for next season's Champions League — may hold the edge over the Gunners in that regard as the top-four race heats up across the Channel.

Arsenal boss Mikel Arteta clearly stated that he wanted Saliba back next season after the loan was agreed but if the France Under-21s star's value keeps rising, Gunners chiefs may be tempted into a sale.

Arsenal's defence has seen massive improvements this season after Ben White slotted in nicely alongside Gabriel despite a rocky start to the ex-Brighton man'sEmirates career.

Heading into Sunday's clash with Leicester, Arteta's outfit top the Premier League form table over the last 10 matches — picking up 25 points from a possible 30 and shipping just seven goals in the process.

The Spanish tactician is rumoured to be in the market for a right-back and Saliba would offer another option in the middle as cover for any potential injuries.

Turning 21 this month, the talented prospect was always going to be one for the future and could bounce back from an odd start to life in North London. 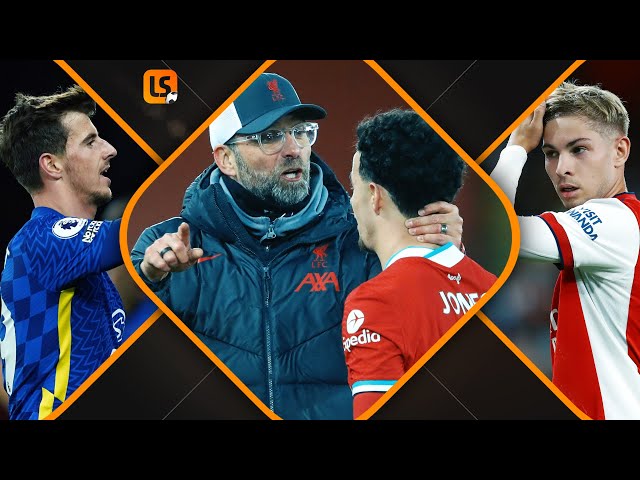