Mbappe, 22, continues to be linked with a move to LaLiga giants Real Madrid and his departure appears increasingly inevitable given there are less than nine months remaining on his current contract.

Should he indeed join Los Blancos, Le10sport report that PSG’s sporting director Leonardo already has a shortlist of potential replacements drawn up.

Top of that list is Borussia Dortmund hotshot Haaland, with the 21-year-old scoring sensation set to be embroiled in his own transfer saga in 2022.

Long-running talk of a £68million release clause becoming active in the Norwegian’s contract is set to spark a scramble for his signature — and Les Parisiens intend to win the race.

However, while Mbappe’s exit would make his wage demands no object, the club are aware that Haaland will have plenty of offers on the table and have an alternative solution in mind if required.

That alternative is Bayern Munich marksman Lewandowski, with the 33-year-old reported earlier this term to be keen on a ‘new challenge’ away from the Bundesliga champions.

The Polish international netted 56 goals for club and country last season and already has 13 goals in 11 outings for the Bavarians in 2021-22 prior to their Sunday clash with Bayer Leverkusen.

Again, interest will inevitably be high in the coming transfer windows so the French club will need to act quickly to line up a deal.

As well as landing one of the two aforementioned stars, wantaway Fiorentina star Dusan Vlahovic could also be heading for the Parc des Princes.

The Serbian striker, 21, has refused to sign a new deal with his Italian employers and looks sure to be on the move next summer.

PSG will throw their hat in the ring according to the report — though Tottenham, Newcastle and Liverpool have all also been linked in recent weeks.

Read more: The race is on to land Fiorentina hotshot Vlahovic

Mohamed Salah’s agent has flown to the UK for further talks with Liverpool regarding a new contract, according to the Daily Mirror.

Salah, 29, delivered another masterful performance for the Reds against Watford on Saturday and has 10 goals in as many games across the Premier League and Champions League this term.

The report suggests that a £500k-per-week deal is what is being demanded, with the club desperate to tie down their prized asset amid reported interest from Real Madrid.

Barcelona will continue their pursuit of cut-price deals by moving for Manchester United midfielder Nemanja Matic next summer, according to The Sun.

Blaugrana officials supposedly see the Serbian, 33, as a shrewd potential addition and believe they can land him for a fee under £10m.

Newcastle supporters may have to temper their expectations for the upcoming transfer window with the club’s new owners planning to spend a maximum of £50m in January.

Financial fair play regulations would allow the Magpies to spend as much as £190m if they desire but The Telegraph believe that the intention from those inside the club is to build in a slower, more considered fashion. 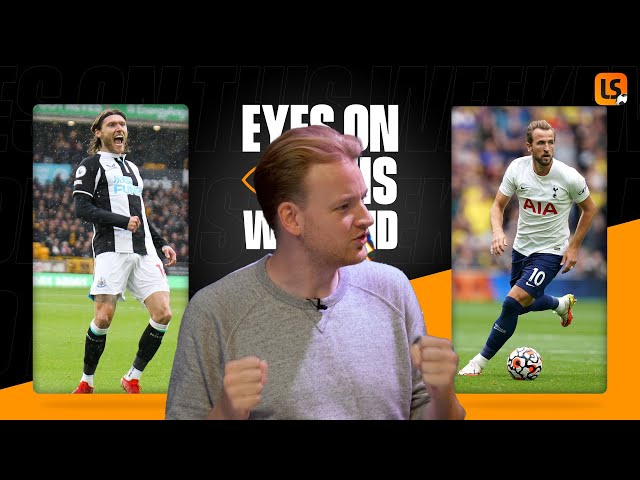