Juventus are reportedly eyeing a move for Arsenal’s Gabriel — and could offer midfielder Arthur Melo to tempt the Gunners into selling the their star defender.

The 24-year-old has impressed during the North Londoners' pursuit of the top four in the Premier League this season, scoring the winner in yesterday's 2-1 win over West Ham.

The Brazilian has been a regular at the heart of Mikel Arteta’s defence since joining in the summer of 2020 but is attracting interest from some of Europe’s biggest clubs.

The latest to be linked with a move are Juve, who Italian journalist Gianluca Di Marzio says are keen admirers of Arsenal’s No6.

Manager Max Allegri is looking to bolster the Old Lady’s defence after failing to mount a title bid this campaign and thinks Gabriel has the ideal profile to help him do that.

That means securing a player of Gabriel’s quality could hand Juve a huge boost.

But they know it will not be easy to prise him away from North London, with the centre-back under contract until 2025.

The same report indicates Juve could offer midfielder Arthur, who is believed to have been a target for Arsenal in the past, as a way of helping the two clubs agree a deal.

Arteta wanted to sign the Brazilian in January and is expected to be in the market for a midfielder this summer.

The Metro say Arsenal defender William Saliba, who is currently on loan at Marseille, has suggested he would like to remain in France next season.

Despite reports suggesting Marcus Rashford will leave Manchester United, the Sun say incoming boss Erik ten Hag will hand the England international a chance to prove himself at Old Trafford.

Napoli have set their sights on Chelsea striker Armando Broja after he impressed on loan at Southampton this term, according to reports in Spain. 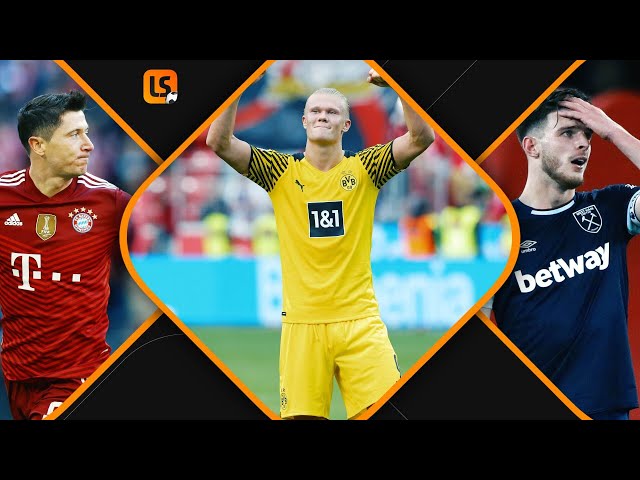