Arsenal will step up their interest in Wolves midfielder Ruben Neves this week.

The Gunners want to sign Neves, 24, as they look to strengthen their midfield ahead of next season.

And the Midlands club are willing to sell their Portuguese maestro, knowing they’ll net a large fee with three years still remaining on his current deal.

It is thought they’d want similar to the £41million Liverpool paid for Diogo Jota last summer, though Arsenal are expected to test the water with a £34m bid.

The Mail report that Neves has told team-mates he’d love to move to the Emirates and help the Gunners back into Europe.

He has spent four years at Molineux since joining from Porto for £15.8m and helped the club establish themselves in the top-flight after winning promotion in his first season in England.

Yves Bissouma is another name still on Arsenal’s list, with Granit Xhaka a target for Jose Mourinho’s Roma and Dani Ceballos returning to Real Madrid after spending two years on loan in North London. 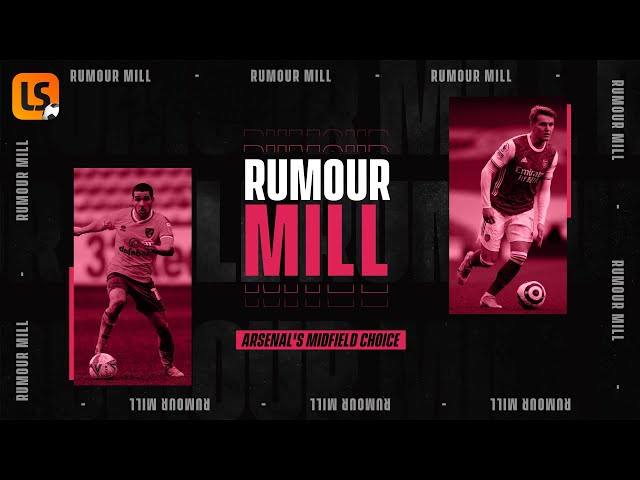 Southampton skipper James Ward-Prowse is Aston Villa’s next target after they secured a deal for Emi Buendia from Norwich.

But Saints say their skipper, 26, is not for sale after inking a new five-year deal at St Mary’s only last summer.

Villa boss Dean Smith wants to get his business done early and believes Ward-Prowse is perfect for his side, according to The Guardian.

He didn’t miss a minute of action for his current club last campaign, netting a career best nine goals and notching seven assists in all competitions.

Despite missing out on Gareth Southgate’s 26-man England squad, Ward-Prowse remains hot property and The Mail say the South Coast club have labelled him not for sale.

Barcelona want to add a third Manchester City player to their books this summer by signing Aymeric Laporte.

Barca have already snapped up Sergio Aguero and Eric Garcia on free transfers — but they are not done yet.

Laporte found himself behind Ruben Dias and John Stones in the pecking order last season after returning from an injury.

The Spanish giants have noted that and believe Spain’s newest international would be perfect to strengthen their side, according to SPORT.

A burgeoning relationship between the two clubs should help, though Laporte still has two years left on his contract — meaning a deal wouldn’t be cheap.

Metro believe that Arsenal are prepared to battle Manchester United for the signing of Kieran Trippier.

Olivier Giroud may still swap Chelsea for AC Milan despite a one-year extension of his contract being triggered last week, according to Goal.

Borussia Monchengladbach winger Jonas Hofmann is available for £34m, with the Leicester Mercury reporting that Leicester, Tottenham, Chelsea and Atletico Madrid are all interested in the Germany winger.

Son responds to Kane transfer speculation: Nothing is decided yet