Thomas Tuchel’s men were rocked by the England star’s anterior cruciate ligament injury in November and may now be forced to enter the transfer market this month.

The Blues already have a quality replacement in Marcos Alonso but with returning loanee Kenedy the only cover for their No3, Chelsea could do with making a further addition.

Ahead of tonight’s Premier League trip to Brighton, we run through some potential targets who could bolster the West Londoners’ left-hand side.

Chelsea are reportedly interested in a loan move for Layvin Kurzawa, who is out of favour at Paris Saint-Germain.

The former Monaco defender’s only appearance so far this term was a nine-minute cameo in the Trophee des Champions — France’s equivalent of the Community Shield.

He has not been included in Mauricio Pochettino’s matchday squad for a league game since the opening day of the campaign.

The 29-year-old France international is certainly an attainable option but may struggle to hit the ground running after not kicking a ball in over five months.

The Blues have been strongly linked with a move for Kurzawa’s compatriot Theo Hernandez, 24, in recent weeks.

However, with the AC Milan man discussing a contract extension at San Siro, a deal feels increasingly unlikely in the short-term.

Speaking earlier this month, he said: "We are at an advanced stage.

"I’ve been very happy here since the first day [at the club] and we are in talks."

Then again, a deal for another Milan-based player did not look on the cards over the summer. Could Hernandez make like Romelu Lukaku and swap one fashion capital for another?

Real Madrid will not want to lose Marcelo as they continue their LaLiga title charge — but the Brazilian is out of contract in the summer, by which time he will be 34.

With that in mind, might Chelsea test Real’s resolve with a tempting bid for one of the all-time great wing-backs?

Well, you can never say never — and the Blues know all about the impact a veteran signing can make.

They need look no further than Marcelo’s former international team-mate Thiago Silva, who has been immense since moving to Stamford Bridge shortly before his 36th birthday.

How about one for the future? Sergio Gomez has been tearing it up for Anderlecht in Belgium this season.

But having struggled to break through with the Black and Yellows, he moved on to Anderlecht last summer.

And Gomez, 21, has produced some impressive numbers this campaign, scoring six goals and laying on 13 assists in 29 appearances across all competitions.

He has done that from left-back but can also function as a wing-back or even a winger.

Ivan Perisic is very much a winger by trade but that has not stopped him from excelling at left wing-back for Inter Milan — now under the stewardship of Simone Inzaghi.

As he approaches his 33rd birthday, the Croatian legend still offers quality in abundance and has found the net four times this term.

Whether Chelsea could prise him away is debatable though.

He is out of contract in the summer and may want to stay put in order to try and win a second successive league title with the Nerazzurri.

But a move to the European champions is an alluring prospect, so it would be unwise to completely rule out a surprise transfer this January. 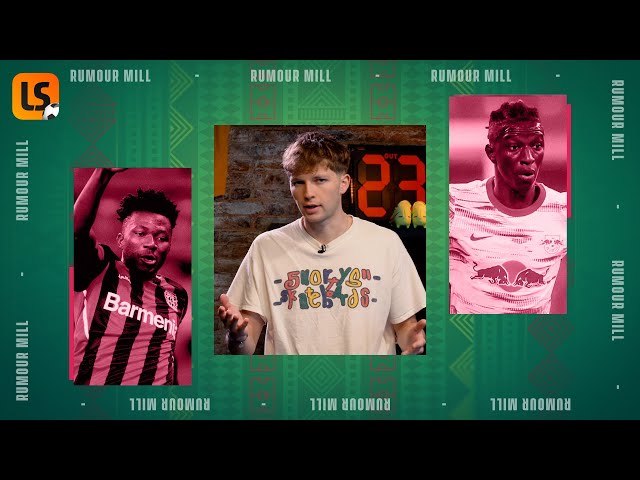