Ralf Rangnick only has a contract to manage Manchester United until May — but he will be able to reshape the squad regardless.

The German tactician has plenty of work to do if he wants to take United back to the top and he will be looking to bolster his squad this month.

Come the summer, Rangnick will take up a two-season consultancy role during which he will use his experience as a director of football to suggest improvements.

As United prepare to face Wolves this evening, we run the rule over potential transfer targets.

West Ham skipper Declan Rice has developed into England’s best and most important midfielder, making him a target for the Premier League’s Champions League clubs.

Chelsea are widely expected to move for their former academy product in the summer, but United should also be challenging for his signature.

The 22-year-old would add homegrown quality in the centre of the park and offer some stability to the core of the side.

He has been able to show the full range of his talent thanks to West Ham’s recent success and Europa League progress — any English side with ambition should be considering a move.

A slightly cheaper option than Rice would be Ajax’s versatile defender-cum-midfielder Edson Alvarez.

The Mexican, 24, would add bite to the defensive midfield position, while also providing an upgrade in this area.

He is the type of midfielder United probably do not have at the moment and his arrival would allow Fred to press further up the pitch.

This could make all the difference in Rangnick’s system and you would imagine the German’s recommendation for his successor will play a similar style.

That manager may even be Alvarez’s current coach at Ajax, Erik ten Hag, who has long been linked with the United job.

Nkunku, 24, can play in almost any attacking or midfield position and is a player Rangnick is already familiar with.

Unlike some of United’s other more attacking players, Nkunku will know all about the pressing systems used by the Red Bull-owned clubs the German once oversaw, having played for RB Leipzig for three seasons.

Compared to all Bundesliga wingers this term, Nkunku ranks 19th for tackles won and 18th for possession regains in the attacking third (0.61).

Should the Rangnick style remain when he moves upstairs at the Theatre of Dreams, the Frenchman would be a player a new head coach could build their side around.

United lack a creative full-back and Rangnick has stated his intentions in the position by dropping Aaron Wan-Bissaka.

Diogo Dalot has replaced the Englishman in all of Rangnick’s games in charge so far, suggesting this is an area of the team where an upgrade is required.

Kieran Trippier has long been one of Europe’s most creative full-backs, going all the way back to his time at Burnley in the Championship, and even in his 30s could do a job in this area for United.

Long linked with the Red Devils, the former Manchester City academy graduate ranks third for final-third passes completed compared to all other LaLiga right-backs — an indication of his quality going forward.

Reportedly keen to leave Atletico Madrid to return to England, Trippier offers something United do not currently have, completing 0.71 crosses per 90 minutes, and would also be a homegrown option for their European squad.

But United will have to move quickly to beat Newcastle to his signature.

If United are going to play a high line with Raphael Varane and Harry Maguire, they will need a goalkeeper willing to sweep up behind them.

David de Gea has saved them numerous times over the years but does not really perform this task, choosing to stay on his line more often than not, which in itself can lead to him having to make more saves.

Aston Villa stopper Emiliano Martinez has emerged as one of the best goalkeepers in the Premier League.

As Argentina’s No1, he knows what it is like to play under pressure, as would be the case at United.

If United are going for a full Rangnick rebuild of the way they play, changing goalkeeper will be a difficult but necessary change. 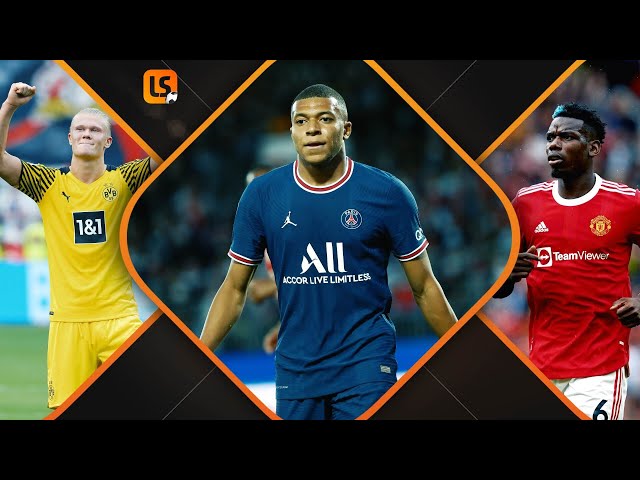