Barcelona winger Ousmane Dembele is out of contract in the summer — and a new deal at the Camp Nou appears to be off the cards.

As the LaLiga giants attempt to balance the books in a rumoured effort to finance an audacious bid for Erling Haaland, the former Borussia Dortmund star looks to be heading for the exit.

The tricky winger was once described by Barca president Joan Laporta as being better than Kylian Mbappe and clubs across the continent will certainly be keen to secure his signature.

Ahead of the Catalans' trip to Granada tomorrow, we consider which side needs Dembele the most and where he would fit best.

With Ferran Torres already purchased and Philippe Coutinho loaned out to Aston Villa, there has already been plenty of transfer activity at the Camp Nou.

A new contract for Dembele was intended to be part of Xavi's shake-up but the Frenchman was unwilling to agree to a pay cut.

Talks are at an impasse and it now looks likely that both parties will fail to reach an agreement.

Barca’s director of football Mateu Alemany revealed the club’s stance on the situation earlier this week.

He said: "We have been talking to his agent for five months.

"We have been very patient. They knew we want him to stay and he has our offer.

"We can't delay much longer. We are waiting for a definitive answer so that we can take the decisions that are convenient for the club."

With Dembele now set on a new challenge, which is his most likely next destination?

With Dembele’s current contract expiring in June, Paris Saint-Germain could once again sign one of Barcelona’s top players for nothing — just as they did with Lionel Messi last summer.

The Ligue 1 leaders may see Dembele as an ideal replacement for their No7 and his signing would also leave them with wiggle room to spend money on other parts of the squad.

A return to the most high-profile club in his homeland could also help Dembele secure a more important role for the France national team should the 27-cap international find some consistency in the capital.

Liverpool are being linked with Porto winger Luis Diaz as Jurgen Klopp looks to strengthen on the flanks with Mohamed Salah and Sadio Mane heading to the Africa Cup of Nations.

However, there have been some suggestions that the reported £60million fee could be deemed too high by the Reds.

Dembele may command a high wage but his transfer fee would be minimal. And at 24, he is in the age bracket of players that Liverpool generally recruit.

The club could even offer the forward a contract now with a view to him arriving on a free transfer in the summer.

Dembele’s injury history may put the Merseysiders off but a contract heavily weighted in favour of appearance and performance bonuses would provide a potential solution.

Liverpool are known to be shrewd in the market and when a player of such quality is available at such a low price they will certainly be monitoring the situation.

During that campaign, he found the net six times and registered 11 assists in the Bundesliga, while also scoring twice and contributing a further six assists in the Champions League.

The forward’s performances that year alerted some of the biggest clubs in Europe and led to his transfer to Barcelona the following season.

Moving to Chelsea and reuniting with his former coach could see Dembele return to the form which made him one of the standout players on the continent, while Chelsea would be getting a player already familiar with Tuchel’s tactics and coaching methods.

Perennial German champions Bayern Munich have signed plenty of iconic wingers in their time and Dembele certainly fits the type of player that they tend to go for in this position.

And in some ways the Frenchman is like signing two wingers in one. He is equally adept on either foot, so can play effectively on both flanks.

As an inverted winger cutting inside — much like Arjen Robben once did — or a more traditional winger going to the byeline, Dembele would provide Bayern with options out wide.

There is talk that Kingsley Coman may leave the German giants and his compatriot could be the ideal replacement. 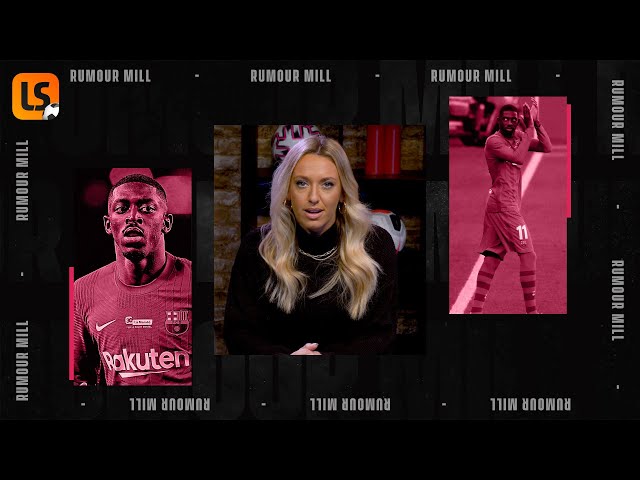