Juventus and Chelsea’s seasons so far could not be more contrasting.

The Old Lady got off to a disastrous start — losing two and drawing one of their opening Serie A fixtures but have started turning things around with back-to-back victories over the last week.

The West Londoners’ success under their German coach has been built on a rock-solid defence, having only conceded a miserly two goals across their five league matches.

So, as the Bianconeri prepare to host Chelsea in the Champions League tonight, how can the Turin-based side break down the Blues’ imperious back line?

Despite finishing a disappointing fourth in Italy’s top flight last season, Juventus scored a commendable two goals per 90 minutes — a total only beaten by Atalanta (2.34), Inter Milan (2.21) and Napoli (2.18).

And Massimiliano Allegri’s side have started the current campaign in a similar vein.

The Old Lady have scored three times in their last two Serie A clashes, with 3-2 victories over both Spezia and Sampdoria.

Juve also put three first-half goals past Malmo in their most recent Champions League fixture, suggesting that they have the firepower to cause Chelsea problems at the Allianz Stadium.

Tuchel immediately implemented a three at the back system on his arrival at Stamford Bridge last season.

That tactical set-up has proven to be particularly effective for the Blues, with two attacking wing-backs flanking a trio of dominant central defenders.

It is a popular formation in Italy and there have been calls for Allegri to move away from his favoured 4-4-2 and follow suit.

That would allow two of this season’s standout performers — Juan Cuadrado and Alex Sandro — to shine and could pose a test for Chelsea's first-choice wing-backs Reece James and Marcos Alonso.

With Cristiano Ronaldo departing Turin in the summer, there was much more focus on Juve’s sales than on their purchases during the transfer window.

But the club were able to secure their number one target, Sassuolo star Manuel Locatelli, amid plenty of competition from across the continent.

Locatelli’s arrival at the Allianz Stadium has instantly rejuvenated a Bianconeri midfield that was beginning to lose its edge.

The playmaker scored his first Juventus goal in the 3-2 win over Sampdoria and will pose a huge threat to the Blues, primarily because of his darting last-gasp runs into the penalty box.

With Tuchel preferring to play two up front in recent matches, that should release the defensive burden on the 23-year-old and allow him to get forward as often as possible.

All change up front

There was a huge blow for Juventus on Sunday afternoon as Allegri confirmed that both Alvaro Morata and Paulo Dybala would miss the Chelsea clash due to injury.

He said: "Dybala and Morata certainly won’t play against Chelsea or Torino. That is for certain.

"We can only hope that we get them back after the break for international duty. This is part of the game, we have to keep going."

The pair have led the line together for much of the season, chipping in with two goals apiece to date.

Now Allegri will be forced to turn to Moise Kean, who the club re-signed from Everton in the summer.

And he will be hoping that the 21-year-old can channel the form he hit in Europe last season, when the attacker struck three times in the Champions League while on loan at Paris Saint-Germain.

Juventus may take inspiration from Manchester City’s 1-0 victory over Chelsea at the weekend.

It was the first time that Tuchel has lost to Pep Guardiola’s men since arriving in West London eight months ago, while Gabriel Jesus’ strike was the first goal the Blues have conceded from open play this season.

The Citizens pressed Chelsea intensely throughout Saturday’s fixture, winning the ball back five times in the attacking third and 26 times in the middle third of the pitch.

A similar approach from Juve could be key to their chances of securing all three points against the West Londoners tonight. 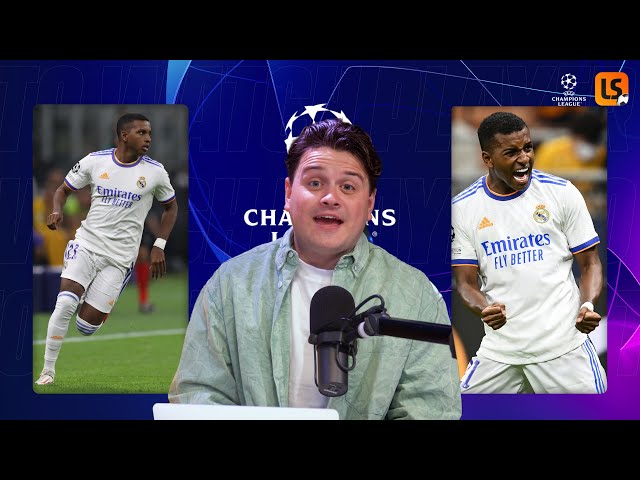