Serie A Matchday 34: A statistical guide to this weekend's games

Inter Milan could win their first Scudetto in more a decade this weekend if they beat Crotone and Atalanta slip up at Sassuolo.

Elsewhere, the race for Champions League football is hotting up, with Juventus, Napoli and AC Milan level on points as the season approaches its climax.

Things also remain unclear at the bottom as five teams are separated by just three points, setting up a thrilling relegation battle that looks set to go down to the wire.

Both the title and relegation to Serie B are on the line in this match — but in truth, this is a contest between two sides who already know their fate.

Inter’s attacking stars will be hoping for a field day against the division’s worst defence, with no team having conceded more goals (2.52) or allowed more shots against them from inside the box (10.39) per 90 minutes than Crotone.

With Romelu Lukaku (21) just four goals behind Cristiano Ronaldo (25) in the race to be this season’s Capocannoniere, the Nerazzurri striker will be out to boost his tally against a side that have only kept two clean sheets all season.

AC Milan were unbeaten in 14 matches and top of the table when they last faced Benevento in January.

Fast forward the best part of four months and the Rossoneri are in a fight just to secure Champions League football.

Stefano Pioli’s fifth-placed side will come up against a side scrapping for survival but who have only won once in their last 17 outings — against Juventus, of all teams.

The men from Milan will certainly fancy their chances of keeping it tight at the back.

Benevento’s top scorer Gianluca Lapadula has only struck six times this term and they have scored the fewest goals from open play in Serie A this season (18).

Napoli have hit form when it counts.

Gennaro Gattuso’s outfit have lost just once in 11 matches, with their swashbuckling brand of attacking football propelling them into the top four.

The Neapolitans have had the most shots in Serie A this season (16.82 per 90 minutes) and in-form frontman Lorenzo Insigne has four in six matches since the last international break.

With only Crotone (10.39) allowing more shots against them from inside the box than Cagliari’s 9.76 per 90 minutes, do not bet against him continuing that scoring streak on Sunday.

Two of Serie A’s most entertaining sides go head-to-head when Atalanta travel to Emilia-Romagna, where Inter fans will be hoping Sassuolo can secure a surprise victory.

That will not be easy against a team who have only lost twice in a staggering 24 league matches, but the Neroverdi will be full of confidence after picking up four wins on the bounce.

This is undoubtedly one for the football purists — Sassuolo have attempted the most passes in Serie A this season (579.12 per 90 minutes), while Atalanta are the league’s entertainers.

Juventus need to stop dropping points against Serie A’s weaker sides if they are to make the top four.

Last week’s draw with Fiorentina meant they have now failed to win against six teams currently in the bottom half of the table.

With Udinese safely lodged in the mid-table, head coach Andrea Pirlo will be hoping that Sunday’s opponents are firmly on the beach — and that a repeat of their 4-1 victory over the Friulani earlier in the season is on the cards. 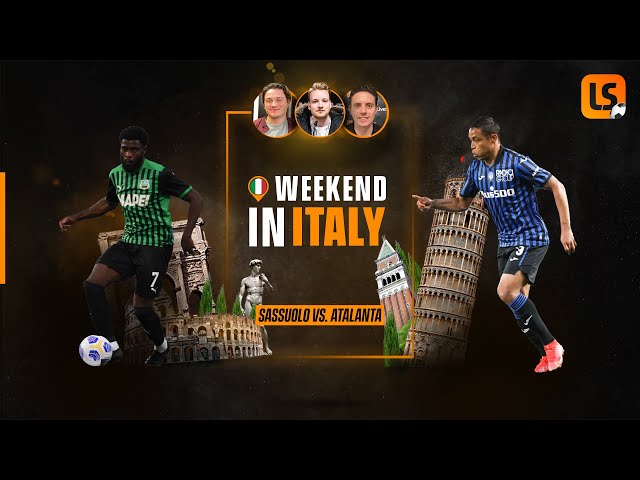