Serie A Matchday 12: Zlatan and Dzeko primed for Milan derby

Veteran strikers Zlatan Ibrahimovic and Edin Dzeko go head-to-head in the first Derby della Madonnina of the season this weekend.

Meanwhile, Juventus come up against reported transfer target Dusan Vlahovic and Jose Mourinho’s Roma go in search of a much-needed victory at Venezia.

Elsewhere, table-toppers Napoli will have their imperious defence tested by one of Serie A’s most in-form forwards, as Giovanni Simeone and his Hellas Verona team-mates take on Luciano Spalletti's side.

While this is always a huge match in terms of local bragging rights, the first Milan derby of 2021-22 is also vital for both clubs’ aspirations this season.

Milan are level on points with Napoli at the top of the table, five behind them on goal difference, and will likely need a win to keep up with the league leaders.

The Nerazzurri meanwhile sit third but are already seven points adrift of their city rivals.

A defeat would take that gap to double figures and give them a mountain to climb for the rest of the campaign.

Recent history suggests Inter will pose a real threat to Stefano Pioli's side — having won five of the last six league encounters.

Read more: From El Clasico to the Superclasico: What are football's biggest rivalries?

The game is also a battle between two of Italy’s most accomplished strikers.

Inter’s Dzeko has seven goals from 11 league appearances, while Milan’s Ibrahimovic has scored and assisted in each of his last two starts — giving him three goals from five matches so far.

It has been a season of peaks and troughs for Juventus.

The Old Lady went four games without victory, then won four on the bounce, and are now back in a slump of three without a win — losing their last two.

They will be hoping to avoid a fourth straight game without picking up maximum points, as they face a Fiorentina side who themselves have struggled to find any consistency.

Vincenzo Italiano’s men are yet to draw in the league this season, winning six and losing five.

The Viola also have one of the most in-demand strikers in Europe on their books, in the shape of Juve-linked frontman Vlahovic.

The 21-year-old Serbian has eight goals already in 2021-22, putting him joint-second in the Serie A goalscoring charts. This could be a timely audition for a move to Turin.

The Stadio Pier Luigi Penzo in Venice is the picturesque setting for this late Sunday morning fixture, where Mourinho’s Roma will be looking to keep hold of their place in the top four.

Venezia have the least productive attack in the division so far this season, having only scored eight goals — meaning they are the league’s only side still in single figures.

Paolo Zanetti’s men have won just twice this season, but last year’s Serie B play-off winners will be pleased to be outside of the relegation zone at this early stage.

Nevertheless, Roma will see this as a chance to lay down a marker and close the gap on Napoli and Milan at Serie A’s summit.

Napoli remain unbeaten under Spalletti, having only dropped points in a 0-0 draw at Roma last month.

They also boast one of the most eye-catching strikers around, in the form of Nigerian forward Victor Osimhen.

The 22-year-old has scored five league goals and nine in all competitions in 2021-22.

Verona have an impressive striker of their own, though — one who has the potential to upset Napoli’s early form.

Diego Simeone’s son Giovanni is level with Vlahovic in the scoring charts on eight goals, just one behind Serie A top marksman Ciro Immobile.

His goalscoring exploits could see Verona becoming the first side to defeat the league leaders, but he will come up against a defence that has only conceded three goals so far this season. 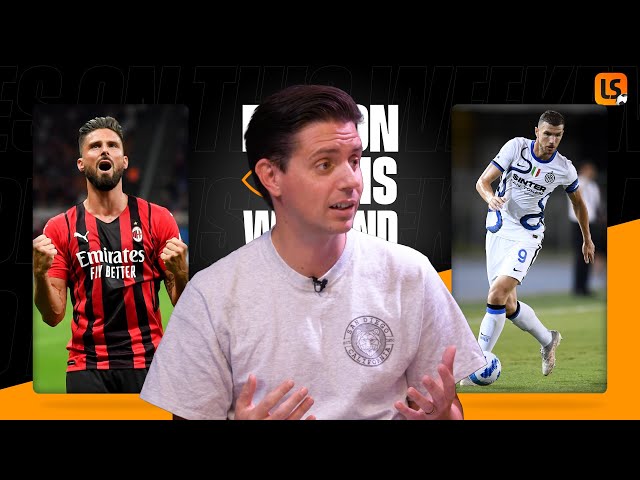