Following another thrilling Wembley final between Chelsea and Liverpool, the Premier League returns with seven fixtures to be played on Sunday.

With potentially massive ramifications at both ends of the table, there is plenty of action to look forward to on the penultimate weekend of the season.

Tottenham have moved within a point of their fierce rivals Arsenal after beating them 3-0 on Thursday and they can keep up the pressure on the Gunners with another victory over injury-hit Burnley.

The Clarets are still fighting for their Premier League lives but centre-back James Tarkowski is a doubt for this and they are already missing captain Ben Mee.

Spurs can take advantage of a weakened backline, although Mike Jackson’s men have scored in their last five games and may do so again.

City can come through Hammers test

Manchester City are within touching distance of another Premier League title and can make it almost certain with a win over West Ham.

However, given the injury issues at the back for the Citizens and the Hammers’ success from set-pieces, the hosts can at least get on the scoresheet.

In the end though, Pep Guardiola’s side might just have too much attacking talent and deny Mark Noble his dream home sign off.

Toothless Canaries no problem for Wolves

Wolves were beaten 5-1 by City in midweek but can bounce back with a win in their final home game of the season against Norwich, who have failed to score in any of their last four matches.

The relegated Canaries are the lowest scorers in the division with just 22 goals and Bruno Lage’s side look likely to keep them out again here.

Read more: Premier League Matchday 37 — All to play for ahead of penultimate weekend

No sting for Foxes

Watford’s season back in the Premier League has ended with a whimper rather than a bang and they look unlikely to get anything against Leicester.

The Hornets have lost 14 of their 18 home games and the Foxes can extend that record.

Brendan Rodgers may use the game to give some of his fringe players a chance but his side should still win by more than one goal.

Leeds looked all at sea even before Daniel James was sent off against Chelsea on Wednesday night and it is hard to see a huge turnaround against Brighton given the Whites' injury and suspension issues.

The Seagulls have won three of their last five games without conceding and the same could follow when they visit West Yorkshire.

Graham Potter’s men have been better on the road than at the Amex, losing just four of their 18 games away from home and may pick up another victory.

Villa can capitalise on poor travellers

Aston Villa gave a good account of themselves in their 2-1 home defeat to Liverpool in midweek and they had previously taken seven points from the nine available.

They can continue their good form with a victory against Crystal Palace, who have only won four times in 17 attempts on the road this year and could find themselves on the wrong side of what should be a closely contested encounter.

In-form Bees can tuck into Toffees

Brentford have been galvanised since the January signing of Christian Eriksen and they can carry on their strong recent form at strugglers Everton.

The Bees have been impressive in their first year in the Premier League and have won six of their last nine games. 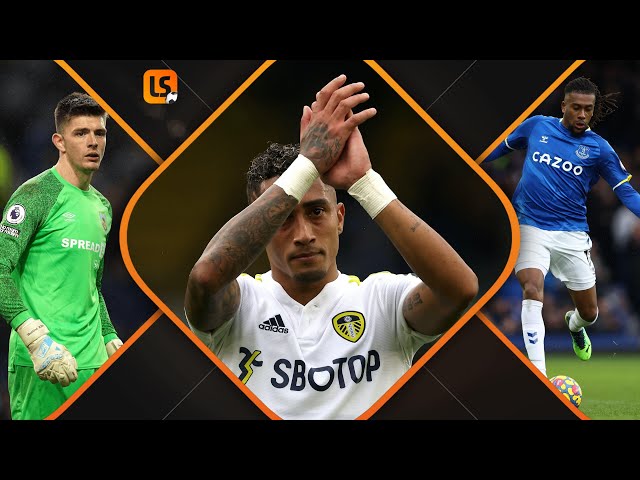